Quite a wave. Okay guys, I have got to face my demons: I spend way too much time on Tumblr, researching. It would be, however, more honest of me to admit that I’m there simply because… well, I love it. Tumblr is such a great source of inspiration. Every so …

Okay guys, I have got to face my demons: I spend way too much time on Tumblr, researching. It would be, however, more honest of me to admit that I’m there simply because… well, I love it. Tumblr is such a great source of inspiration. Every so often, I hear about individuals who use Tumblr as their springboard. Others simply thrive there, but remain nothing more than Tumblr personas (which is totally phenomenal on its own). This week I’ll be writing about Matt Wisniewski; an artist I came across on the aforementioned site (from here on, I’m going to try not to call a spade a spade). I guess I am a bit shallow in that sense; with the exception of a few select websites and blogs, I almost never read things online; there is simply too much to look at. You can’t blame me– that is (sort of) my job. What I deem so unique about Wisniewski’s work is that, to begin with, it blew me away the second I saw it. I know that, being graphic designers, we are almost offended when we see a piece that we can’t quite understand how to make ourselves. Moreover, apart from the “how the hell did he do that?” reaction, I wonder, more importantly, how one conceives of such a snazzy idea.

Images and text are a winning combination. It is, after all, an accepted pairing, and it is sure to provide satisfying results when done properly. Matt Wisniewski, however, pushes the envelope with almost each of his compositions. They contain no text; only images comprising more and more images, and usually interesting ones. In a world where Photoshop often has a shuddering effect, only few are able to take advantage of that overused and ever-so-controversial tool to create something beautiful and attention worthy. Those amazing photo collages are so mesmerizing; I can’t help but scrutinize them the way I do the subway map on busy weekends.

While Matt Wisniewski sometimes uses themes (nature seems to be a pattern), the true grace of his work is in the harmony it conveys. It is the kind harmony that many of us, creative individuals of all fields, would die in the name of.

View them and weep in excitement and envy, my friends. 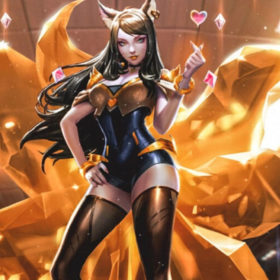 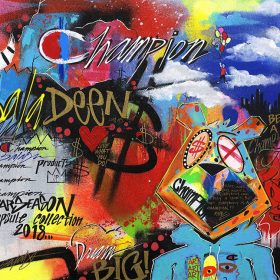 The Artist Behind the MoneyBear: King Saladeen 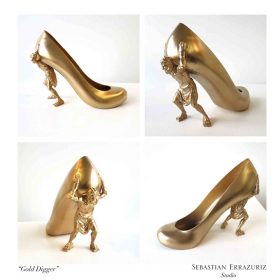