Think Up a New Slogan Every Morning: Josef Karl Rädler

Two Men Asleep at the Table, While One Broods about Evil (Deeds). 1914. Outsider art moves me. I experience my encounters with it as the passing (or trespassing) through a hidden door into a secret garden where strangely beautiful but intensely private vistas open before me. It’s a little like …

Outsider art moves me. I experience my encounters with it as the passing (or trespassing) through a hidden door into a secret garden where strangely beautiful but intensely private vistas open before me. It’s a little like Alice down the rabbit hole, I suppose, but my sense of wonder is mixed with an equal sense of pain for the artists’ lost or broken human connections. Often reclusive, isolated, or even institutionalized, they typically have a manic need to express something to a world in which they are marginalized participants at best.

For some time my 3 favorite outsider artists have been the American janitor Henry Darger (1892-1973), the French housekeeper Séraphine Louis (1864-1942, aka Séraphine de Senlis), and the Mexican rancher Martín Ramírez (1895-1963) who spent most of his adult life confined in mental hospitals in California.

Thanks to Galerie St. Etienne (24 West 57th Street, New York), I now add to my short list of favorites a fourth: the Austrian porcelain painter Josef Karl Rädler (1844-1917). Eleven watercolors by Rädler are on display at Galerie St. Etienne as part of their excellent exhibition titled The Ins and Outs of Self-Taught Art: Reflections on a Shifting Field. Running through April 7, 2012, it also includes works by Ilija Bosilj-Basicevic, Henry Darger, John Kane, Grandma Moses, and Michel Nedjar.

The following biographical details on Rädler are courtesy of Galerie St. Etienne. Rädler was institutionalized for the last 24 years of his life. In 1893 his family reluctantly had him committed to a Viennese asylum at Pilgerhain after his profound mood swings, which had begun in his late 40s, led to disastrous business deals and debts. Twelve years later, in 1905, he was transferred to a sanatorium in Mauer-Öhling in Lower Austria, west of Vienna, where he spent the rest of his life. He was diagnosed with “secondary dementia,” similar to what we now call schizophrenia. Rädler referred to himself as the “Laughing Philosopher” and wrote lengthy discourses on such issues as world peace, racial harmony, and gender equality. His mood could be nasty and belligerent, and when not writing he often harangued fellow patients with his lengthy philosophical discourses.

For more than 50 years after Rädler’s death in 1917, his paintings remained virtually unknown outside the asylums at Pilgerhain and Mauer-Öhling—and were almost lost forever. In the 1960s, however, the husband of one of the nurses found approximately 400 of Rädler’s watercolors on the trash heap at Mauer-Öhling, and in 1972, this nurse took them to Leo Navratil, the Austrian psychiatrist who had formed the artists’ group at the Gugging Mental Hospital. Navratil acquired about 100 of the watercolors and later donated them to the Niederösterreichisches Landesmuseum, where they were exhibited in 1994. The remainder of Rädler’s drawings was preserved by one of the doctors at Mauer-Öhling, whose estate is now selling them.

What moves me about Rädler’s paintings is their graphic directness. His portraits seem to crowd into the foreground of his canvasses, sometimes even violating his elaborate border design. They peer back at the viewer, at close range, as if through a shared window. Are they the observers, or the observed, or both? It makes me wonder, it makes me suffer: is that shifting double perspective the heart of Rädler’s own experience as an “outsider,” as an artist who is also a mental patient, as a visionary who sees beyond the narrow limits of his own confinement? 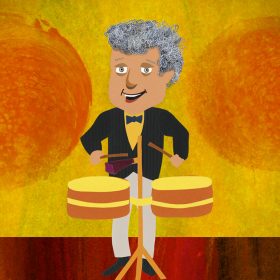 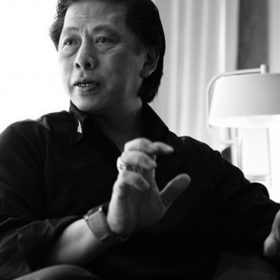 10 Insightful Lessons for Designers (+ Everyone Else) by John C. Jay 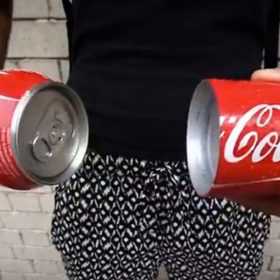 Say Hello to Sharing the Coca Cola Can