What is Next Nature?

Video still from the book’s promotional video Does the chaos of the modern world at times make you nostalgic for a simpler past? Have you ever noticed how many cars are named after animals? When you think of nature, do you think of fields and forests, harmony, healthiness, and peace? …

Does the chaos of the modern world at times make you nostalgic for a simpler past?

Have you ever noticed how many cars are named after animals?

Are you curious about genetically modified foods?

If you’ve answered ‘yes’ to any, then the Next Nature book is for you!

Today, the human impact on our planet cannot be underestimated. Climate change, synthetic biology, mass urbanization – ‘We were here’ echoes all over. Although many people have tried to improve our relationship with nature, only few have asked the elementary question ‘what is nature?’

We must no longer see ourselves as the anti-natural species that merely threatens and eliminates nature, but rather as catalysts of evolution. With our urge to design our environment, we cause the rising of a next nature that is unpredictable as ever: wild software, genetic surprises, autonomous machinery and splendidly beautiful black flowers. Nature changes along with us!

Next Nature is organized as a pile of six fictional magazine specials: 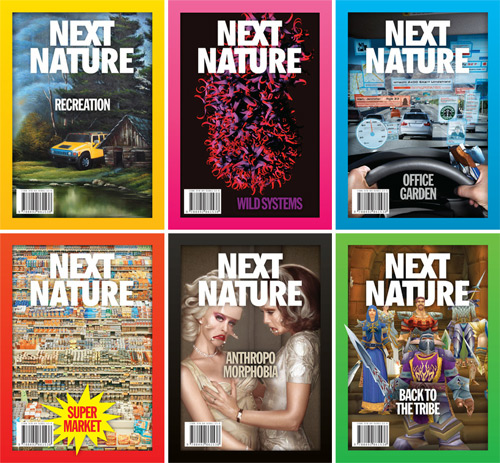 Centuries ago landscape painters taught us to appreciate the quality of an untouched landscape…in modern times where some countries even go as far as reconstructing prehistoric landscapes (extinct animals included), how far are we going to go to recreate nature?

In this new world of wild, technological beasts, will humans be at the mercy of our monsters?

How natural is it to sit in front of a computer for at least eight hours a day?

If only supermarkets weren’t such a part of our everyday life, would we realize how exceptional they really are?

Anthropomorphobia is the fear of recognizing human characteristics in non-human objects. Will it eventually become public disease number one?

BACK TO THE TRIBE:

Have digital technologies such as social networking sites and cell phones return us to an age of tribal-style social immersion?

It’s been called “Book of the year” and “One of the most exciting books in a long time,” The Next Nature book is a compendium of the most thought provoking observations from nextnature.net, re-edited and supplemented by thematic specials, new visual material and remarkable graphics, as well as guest essays by Bruce Sterling, Kevin Kelly, Rachel Armstrong, Tracy Metz, Bas Haring, Peter Lunenfeld, and Jos de Mul among others.

Below are some spreads of the intriguing book. Or you can read more in their official website. 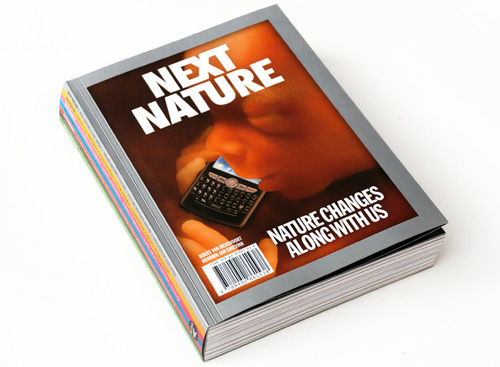 All images ©Next Nature 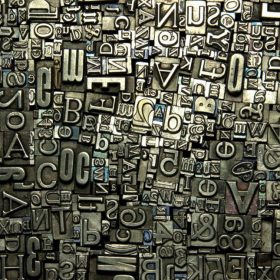 Font vs. Typeface…Do You Know the Difference? 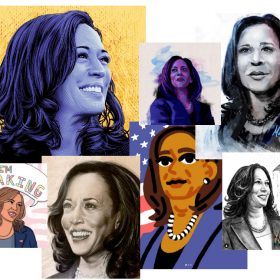 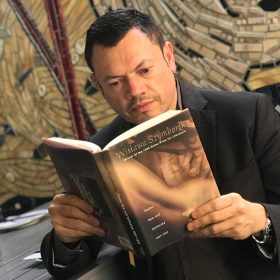 Seven Books that Changed My Life