Do you judge a book by its cover? Designers Jon Gray and Jamie Keenan shared their theories on attracting readers—from cute cats to alluring perfume—at the Edinburgh book festival. This post by Jen Bowden appeared in The Guardian online on Thursday, August 16. A smart report on Jon and Jamie’s …

Do you judge a book by its cover? Designers Jon Gray and Jamie Keenan shared their theories on attracting readers—from cute cats to alluring perfume—at the Edinburgh book festival.

This post by Jen Bowden appeared in The Guardian online on Thursday, August 16. A smart report on Jon and Jamie’s presentation, where their theory was introduced, was published in Print Magazine in May 2010.

If you’ve had the pleasure of meeting Jon and Jamie, you will recognize their humorous and tongue-in-cheek tone right away. 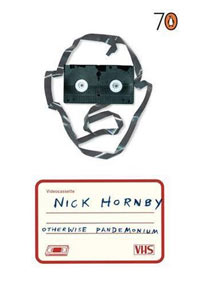 Research suggests that human beings spend 48.6% of their lives decoding facial communication, so a big draw for a potential book buyer will be the familiarity of a face. The cover of Nick Hornby’s Otherwise Pandemonium, for example, uses a cassette tape to create the image of a face.

Human beings make a connection with a given stimulus that leads to how they respond to something they see. The image on the cover of Luca Turin’s The Secret of Scent uses the familiar image of the Chanel No 5 perfume label to help the reader respond to the idea that the book is about scent. 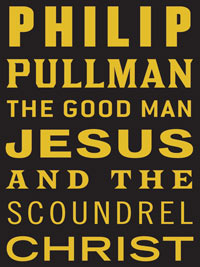 This theory presents a challenge to the human mind that some will accept and some won’t. A zen theory cover mainly involves text with few images, telling the reader little about the book other than the name of the author. This is often used for books from well-known authors, such as Philip Pullman’s The Good Man Jesus and the Scoundrel Christ, who will attract readers with their name alone.

This theory uses original or customised typefaces to create images and ideas. The type often becomes the image, such as on the cover for Steven Levy’s The Perfect Thing.

The human mind reads words as a whole not individual letters. If a letter is missing, the brain will still understand the word. The design for James Gleick’s Faster has all the vowels missing from the author’s name and title on the cover, but is still readable.

The image on a cover using Overdetermination theory suggests the beginning or snapshot of a narrative rather than an overall end result.

The difference between positive and negative space can determine what the reader sees. The Rubin vase is a good example, where some people see two faces and others see a vase. In this cover, the iPod headphones shape a womb and two lovers’ faces. 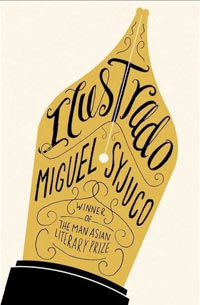 Zooming in can give a taster of a narrative without giving too much away, while zooming out creates a bigger picture, depending on what is required. The pen nib on the cover of Miguel Syjuco’s Ilustrado is an example of close zoom.

Typeface and image combine to create one unified image for the reader. Unity is more attractive to humans, as making connections doesn’t require as much effort. The cover of Marina Lewycka’s A Short History of Tractors in Ukrainian has a picture of a tractor and the word “tractor”.

Layers of symbols that make up a whole, understandable theme define molecular theory. The cover of Karen Maitland’s The Company of Liarsuses skull symbols inside a silhouette of a dog to symbolise that this is “a novel of the plague”.

This theory takes a familiar image or symbol and makes it strange or unsettling. One cover of Lolita uses the image of a girl’s bedroom wall to represent a girl’s legs and underwear.

A gap is left on the cover, a missing image or text, that implies something. By having this space, the reader is forced to fill the gap with their imagination in order to understand the meaning.

The opponent, the cover, forces a view or conception upon the defender, the reader, such as the bloody, violent implications on the cover of Anthony McGowan’s love story Stag Hunt. 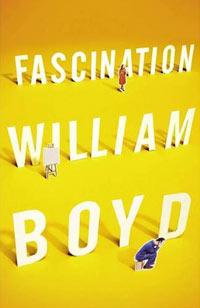 A fixed image allows the reader to remain passive and distance themselves from a cover. A fluid image, like the one on William Boyd’s Fascination requires the reader to actively explore the cover and become curious about the content.

If something is hidden it suddenly becomes more interesting to the curious nature of the human mind. The cover of an edition of Kazuo Ishiguro’s The Remains of the Day obscures the image that depicts the content with white lines and text.

Because a book is static, two ideas can be presented at once to create a doubly effective but meaningful image to the reader. Moses Isegawa’s novel Abyssinian Chronicles is about modern Africa, and the cover uses old books to create the shape of the continent. 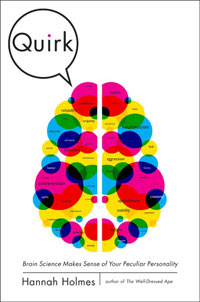 The eye is deliberately led via an understandable pattern; left to right, bottom to top, to create an easily recognisable overall image. Hannah Holmes’s Quirk depicts the brain through a mind map.

A single, unsightly object can be seen as repulsive. Multiply the image and use bright colours, and it can become attractive. Usually used in series design, the effects can be seen in a sequence of Georges Simenon books designed by Keenan.

Everything is huge and thrown on to the cover. Bigger images and text can catch a reader’s eye in a sea of detailed designs. The cover for Zadie Smith’s new book, NW, is a good example of maximisation.

Nothing draws a reader to a book like a picture of a fluffy kitten. 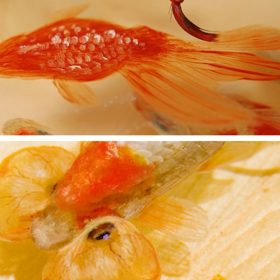 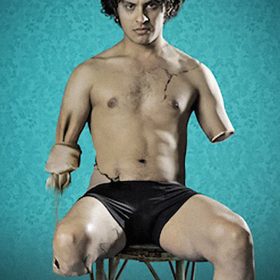 Afraid of Death? Read on… 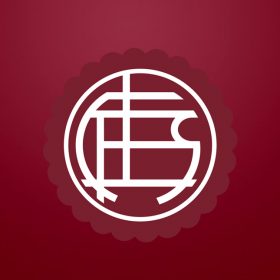 Behind the Badge: Club Atlético Lanús