Twelve Pieces of Advice to Young Authors (and designers as well)

This article, by Colin Marshall, was published in Openculture.com, an online resource I find extremely helpful. Although Ray Bradbury’s advice is aimed directly at writers, I think designers will find his principles extremely helpful too. Furthermore, everyone would do well to heed at least #5. In this 2001 keynote address …

This article, by Colin Marshall, was published in Openculture.com, an online resource I find extremely helpful.

Although Ray Bradbury’s advice is aimed directly at writers, I think designers will find his principles extremely helpful too. Furthermore, everyone would do well to heed at least #5.

In this 2001 keynote address at Point Loma Nazarene University’s Writer’s Symposium By the Sea, Ray Bradbury tells stories from his writing life, all of which offer lessons on how to hone the craft. Most of these have to do with the day-in, day-out practices that make up what he calls “writing hygiene.” Watch this entertainingly digressive talk and you might pull out an entirely different set of points, but here, in list form, is how I [Colin Marshall] interpret Bradbury’s program.

1. Don’t start out writing novels. They take too long. Begin your writing life instead by cranking out “a hell of a lot of short stories,” as many as one per week. Take a year to do it; he claims that it simply isn’t possible to write 52 bad short stories in a row. He waited until the age of 30 to write his first novel, Fahrenheit 451. “Worth waiting for, huh?

2. You may love ‘em, but you can’t be ‘em. Bear that in mind when you inevitably attempt, consciously or unconsciously, to imitate your favorite writers, just as he imitated H.G. Wells, Jules Verne, Arthur Conan Doyle, and L. Frank Baum.

3. Examine “quality” short stories. He suggests Roald Dahl, Guy de Maupassant, and the lesser-known Nigel Kneale and John Collier. Anything in the New Yorker today doesn’t make his cut, since he finds that their stories have “no metaphor.”

4. Stuff your head. To accumulate the intellectual building blocks of these metaphors, he suggests a course of bedtime reading: one short story, one poem (but Pope, Shakespeare, and Frost, not modern “crap”), and one essay. These essays should come from a diversity of fields, including archaeology, zoology, biology, philosophy, politics, and literature. “At the end of a thousand nights,” so he sums it up, “Jesus God, you’ll be full of stuff!”

5. Get rid of friends who don’t believe in you. Do they make fun of your writerly ambitions? He suggests calling them up to “fire them” without delay.

6. Live in the library. Don’t live in your “goddamn computers.” He may not have gone to college, but his insatiable reading habits allowed him to “graduate from the library” at age 28.

7. Fall in love with movies. Preferably old ones.

8. Write with joy. In his mind, “writing is not a serious business.” If a story starts to feel like work, scrap it and start one that doesn’t. “I want you to envy me my joy,” he tells his audience.

9. Don’t plan on making money. He and his wife, who “took a vow of poverty” to marry him, hit 37 before they could afford a car (and he still never got around to picking up a license).

11. Just type any old thing that comes into your head. He recommends “word association” to break down any creative blockages, since “you don’t know what’s in you until you test it.”

If you have any of your own advice to share, please add to the comments below. 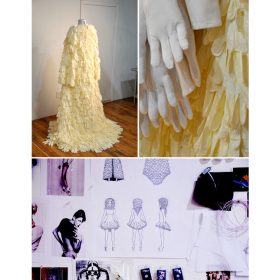 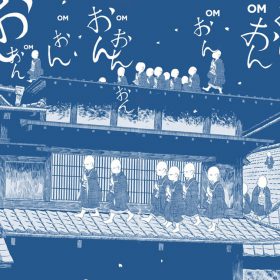 The Secret Life of Nuclear Gypsies 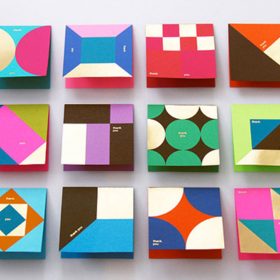