The Oscar Goes to… The Best Movie Poster

Last year, I wrote a post about the logos for the Oscar nominated movies. Sadly, most of the logos for last year’s films were really bad. In fact, I had a hard time selecting the winner. This year, frustrated about the lack of good graphic identities for movies, I’ve decided … 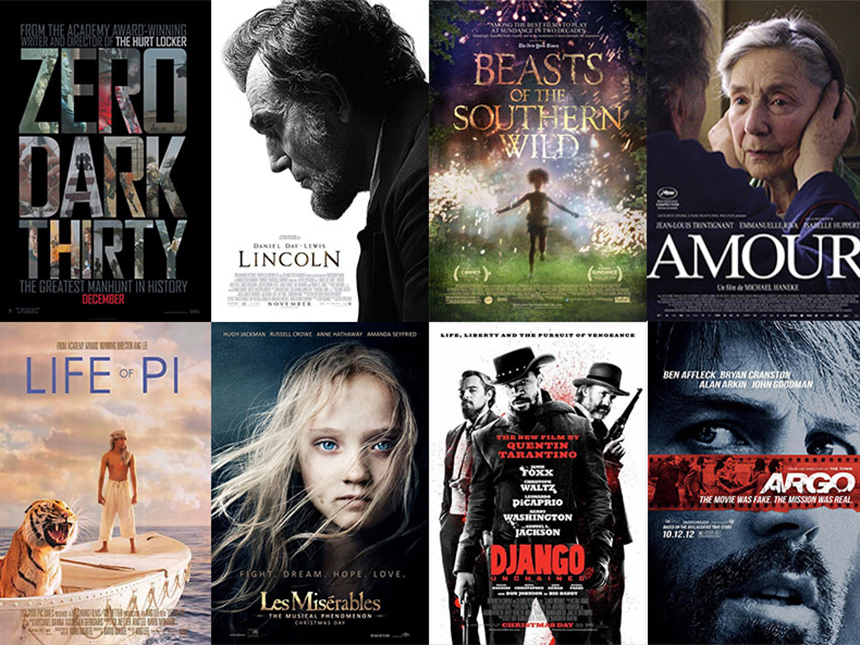 Last year, I wrote a post about the logos for the Oscar nominated movies. Sadly, most of the logos for last year’s films were really bad. In fact, I had a hard time selecting the winner. This year, frustrated about the lack of good graphic identities for movies, I’ve decided to point my attention to the poster design.

Since I watched most of the movies, I must admit it was a bit hard to be utterly impartial. For instance, how can I see the poster for Amour —featuring Emmanuelle Riva’s unforgettable face— without thinking how moving the film was and therefore influencing my judgment?

Most of the nine nominated movies are very strong, yet the posters are not. It makes me wonder why visionary directors like Quentin Tarantino, Kathryn Bigelow or Michael Haneke don’t seek out the most talented graphic designers working today to brand their pictures properly. It’s not hard: Hitchcock did it; Almodovar does it.

In reality, if these posters were entered into a respectable design competition, I’d have selected only one, at most. That said, here are my selections for this year Academy Award nominated feature films.

WORST POSTERS: ZERO DARK THIRTY and SILVER LINING PLAYBOOK
The last place is a tie between Zero Dark Thirty and Silver Lining Playbook. Both are terrific movies in very different ways. Silver Linings Playbook centers around bipolar disease, which is a fascinating topic, yet the poster is bland and boring. Don’t you love how the eyes of Bradley and Jennifer are tinted (I guess they did it to bring out the physical appeal of the actors)? Whoever came up with that idea, well… it just doesn’t work.

Zero Dark Thirty is perhaps the most powerful movie this year, close to a masterpiece. Sadly, the poster is a disaster! I teach an introduction to graphic design class, I think that any of my students would have done a better job. Mrs. Bigelow please call us for your next project, you deserve better for your thought-provoking films.#7. DJANGO UNCHAINED

Django Unchained’s poster is very expected and we’ve seen it a million times before. I personally prefer the teaser posters, they are more memorable and have a mystery which makes me want to see the film. Maybe the poster is the reason why I’ve not seen this one.

#6. BEASTS OF THE SOUTHERN WILD
The main image in this poster is captivating, a bit surreal and enigmatic. Maybe it was the reason why I saw this film very early on. Unfortunately, the photoshop effect in the typography is a design catastrophe. We must resist when tempted to use all the effects available in our software. Trust me, I’ve been there and regretted too.

#5. ARGO
Argo is one of my favorites movies this year and most likely will win the big award of the night. The poster is ok, not great. It succeeds in capturing the era of the film as it evokes the late 70s. I wish they had pushed the design further.

#4. AMOUR
Amour is a masterpiece in filmmaking. Acting, directing, and writing come together beautifully to create a film that will stay with you for years. The subtleties make the film. It’s precisely subtlety what is missing in the poster as there is no fine integration of image of typography. I gave it fourth place because the power of the main image, and for the rest of the design elements, just forget about it.

#3. LES MISERABLES
I struggled with this one. On one hand it’s a beautifully composed image: the lighting is dramatic and moody, the background complements the foreground, the off-center main image works and the scale of the typography is well balanced. On the other hand it’s very expected as it adheres very closely to the branding of the Broadway play. From the commercial point of view, it makes sense, but I was hoping for a little surprise. At the end, Les Misérables’ poster strikes a good balance between art and commerce. I’m sure Les Mis fans are happy with it; the rest of us maybe not that happy.

Ang Lee’s Life of Pi poster is beautiful. As we can see, the overall mood is dreamy and fable-like. It tells you about an epic story reminiscent of timeless, exotic, fantasy tales. It visually invites you to embark in an extraordinary journey along with the film’s protagonists. This poster could have easily been a very typical Hollywood photomontage image, but instead the designer selected one single arresting image to tell a bigger-than-life story. Well done! By the way, the film is stunning. Go see it!

And, the big winner poster for the 84th Academy Awards is Lincoln. Although, this is not my favorite film this year, I cannot deny the impact of the poster design. It features great photography, masterful use of composition and scale and delicate yet authoritative typography. All design elements including form, typography, color, and scale work beautifully. Congratulations to the design team, now go and thank the Academy for the award.

3 thoughts on “The Oscar Goes to… The Best Movie Poster”

Who Ya Got? by Davide Barco 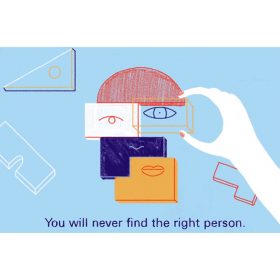 The Darkest Truth About Love by Jacobs and Lee