“Berman finds a fresh and funny way of looking at the mortal terrors of being young and on your own in a bewildering existential landscape.” – Variety During my first year in New York City, I lived in more than five places. Before moving to Gotham City, I was told …

“Berman finds a fresh and funny way of looking at the mortal terrors of being young and on your own in a bewildering existential landscape.”
– Variety 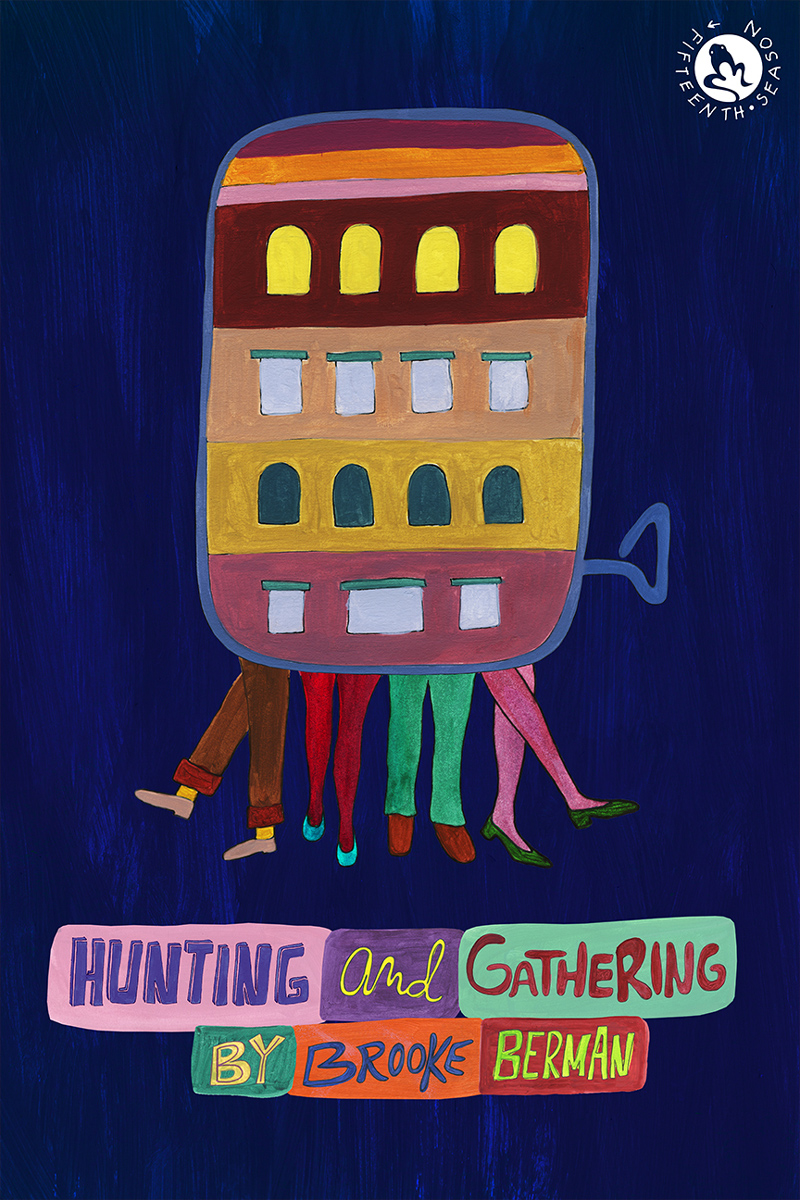 During my first year in New York City, I lived in more than five places. Before moving to Gotham City, I was told it would be easer to find a date than an apartment, and they were right. I lived—and slept—in sofas, carpets, futons, blankets and many other ‘devices’ that will go unmentioned. All and all, it was an interesting humbling experience that I later realized wasn’t unique. Every young person who moves to this city goes through a similar set of events.

When I read Brooke Berman’s hilarious play Hunting and Gathering, it brought me back to those mid-nineties years of mine. The play cleverly captures what it is to be young, fearless, and homeless in the big city. It was a treat to design the poster for such true-to-life play. Hunting and gathering opens today in Forth Worth, Texas produced by Amphibian Productions, the theatre company whose mission is to produce innovative and engaging works of theatre that challenge the way we see the world around us.

When creating the poster, the studio’s internal challenge was, first, to read the play, then to sketch preliminary ideas. Usually, each designer presents an average of 20 concepts, which are discussed and critiqued. From the almost 100 sketches, we select five for refinements. At the end, we present 3 to Amphibian’s Artistic Director, who makes the final decision.

Below is the synopsis of the play. What do you think? Did we get it right? We will know for sure when we see the tickets sales. Tell all your friends.

For Bess, Ruth, Jesse, and Astor, finding the perfect real estate in New York City is a lot like finding the perfect relationship, and none of them have been able to settle on “the one.” Hunting and Gathering, a lightning-quick comedy by Brooke Berman, follows four 20- and 30-somethings as they move in and out of each other’s lives and apartments and search for the true meaning of home. 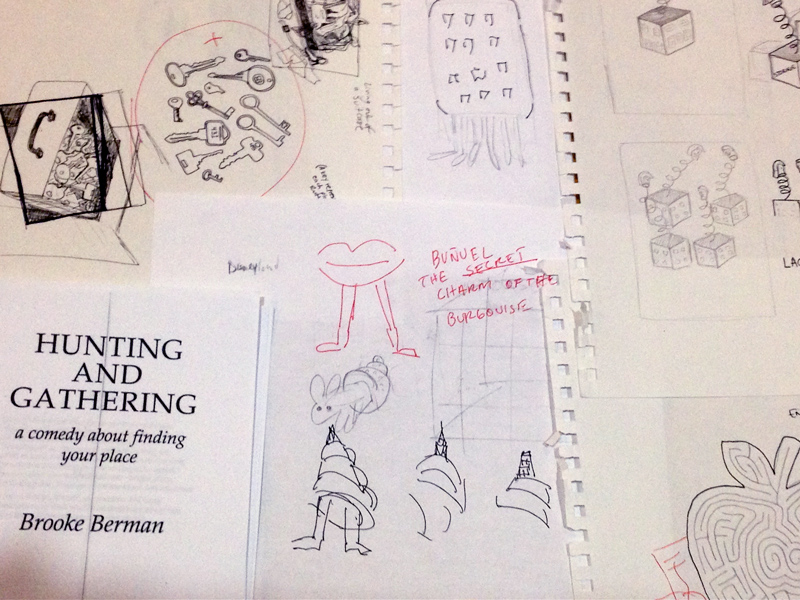 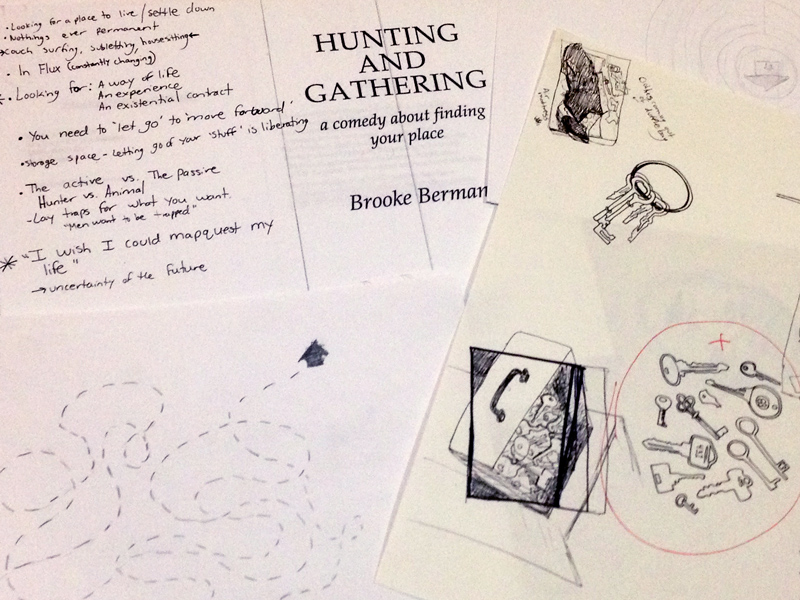 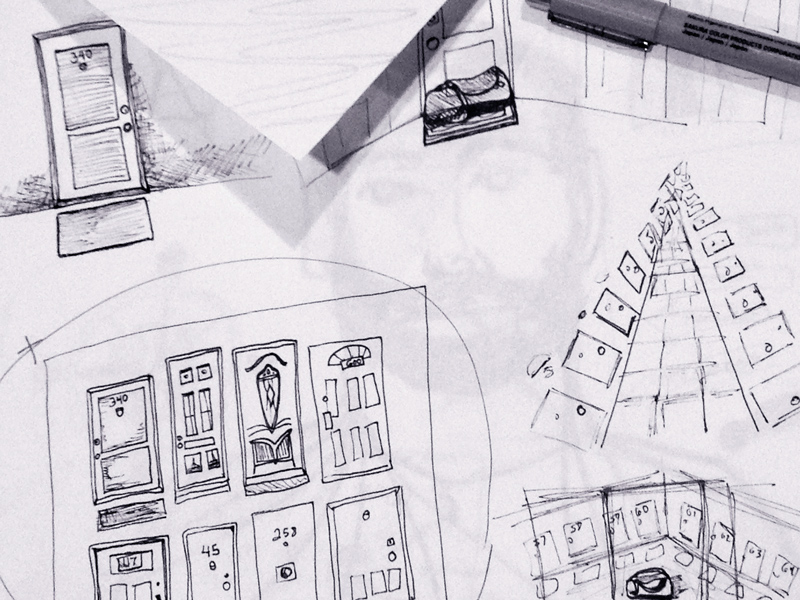 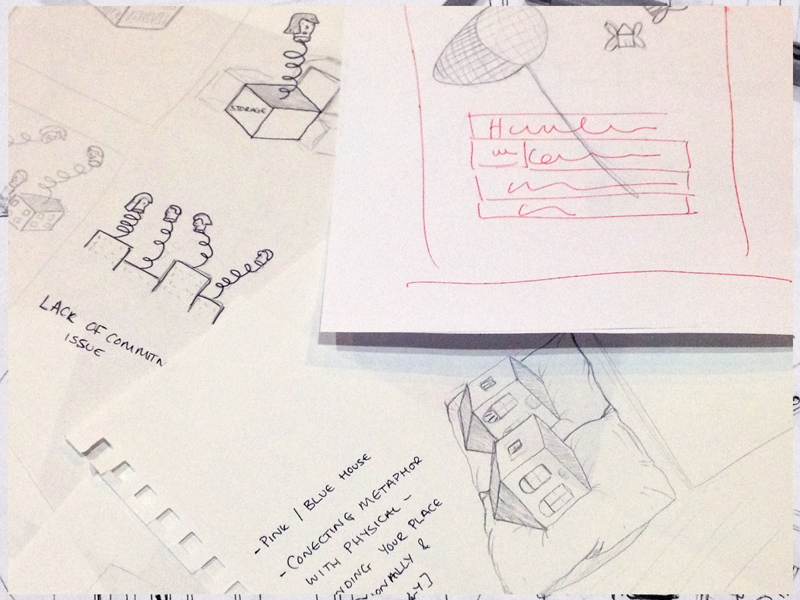 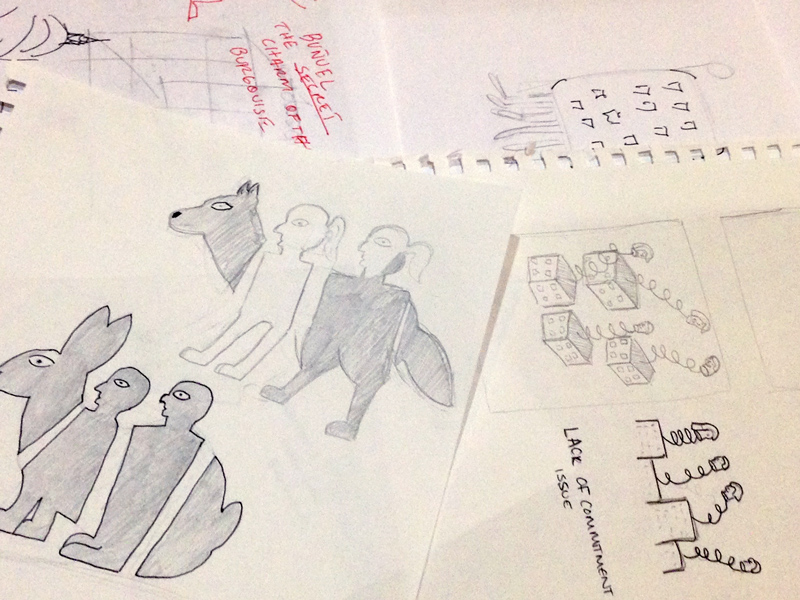 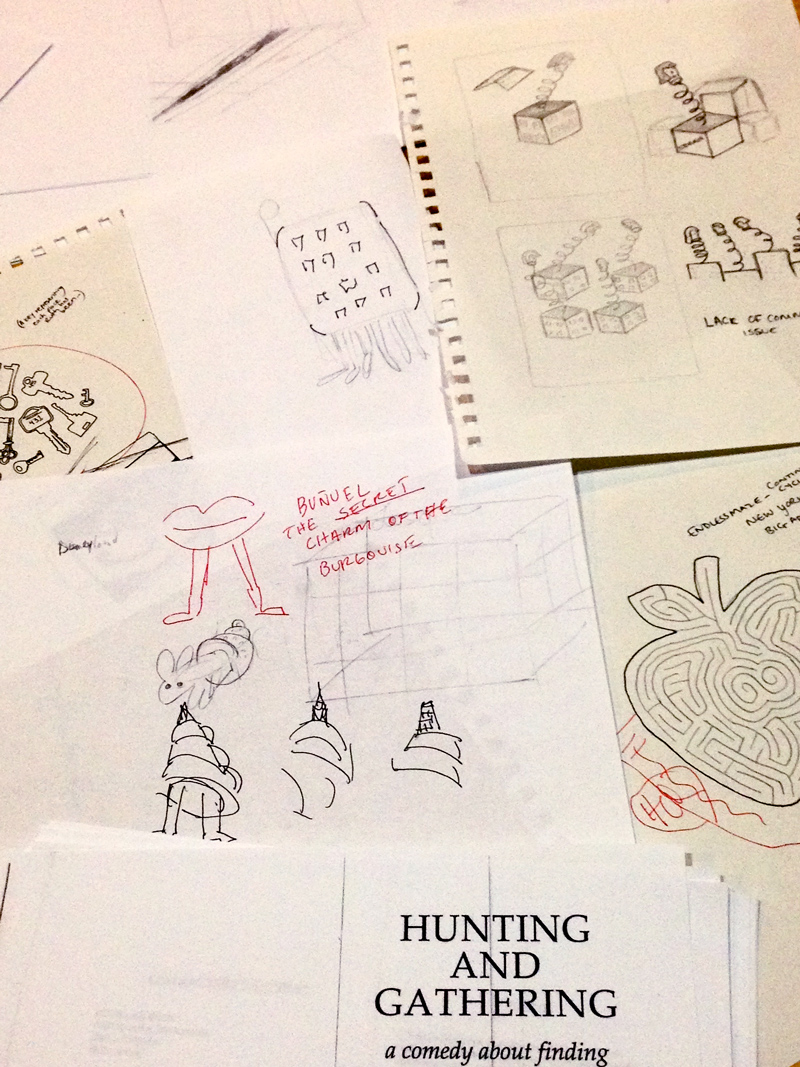 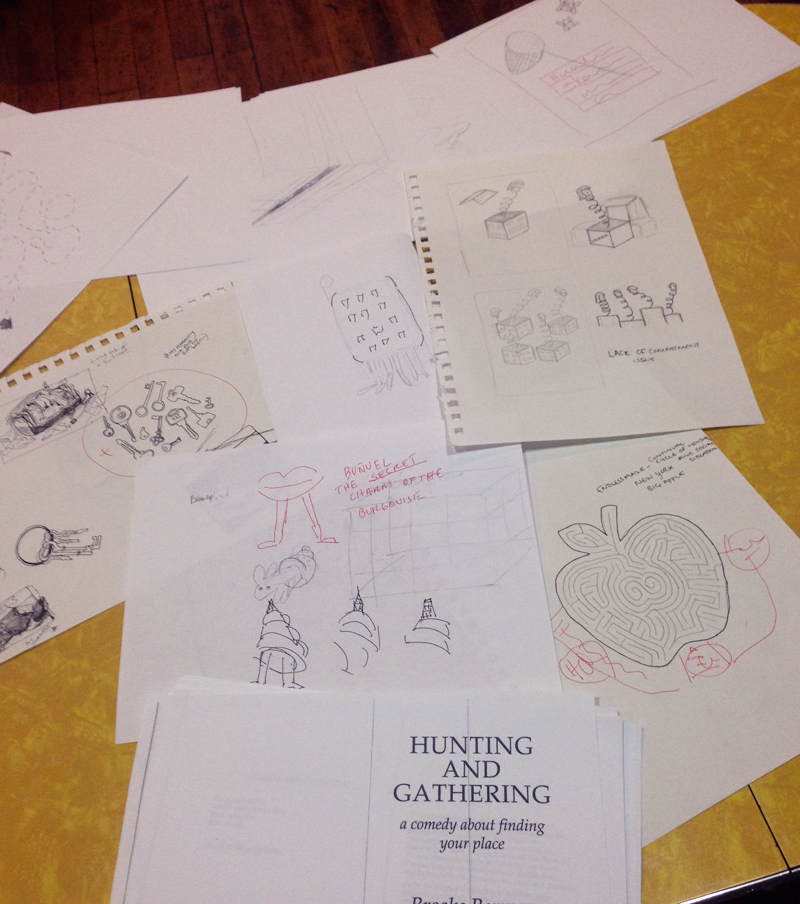 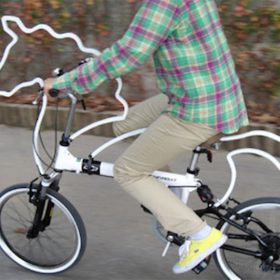 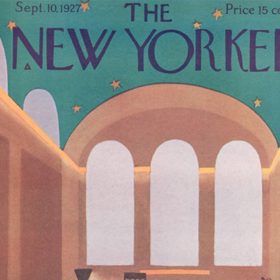 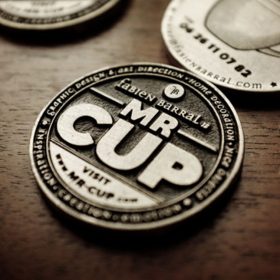