Riverfront Stadium: Phillies and Reds, 1978-1979 Tomorrow is the 25th anniversary of the death of one of our favorite American folk artists: Nan Phelps (August 25, 1904 – January 17, 1990) of Hamilton, Ohio. In a career that spanned more than 60 years, Nan Phelps was prolific, producing more than …

In a career that spanned more than 60 years, Nan Phelps was prolific, producing more than 1,000 paintings. Her work is included in the collections of several museums, including the American Folk Art Museum in New York, the Cincinnati Art Museum, The New Orleans Museum of Art, The Kentucky Folk Art Center at Morehead State University, and the Henry Ford Museum in Dearborn, Michigan. Her work has also been shown in Japan and displayed in US embassies in Germany, Denmark, and Finland.

Born in Lily, Laurel County, Kentucky in 1904, Nan Phelps was the second of the 11 children of John and Lula Hinkle, a farm family. She stopped her education after the eighth grade in order to care for her brothers and sisters, and married at age 15. But in 1922, after enduring 3 years with her abusive husband, she fled Kentucky with her 2 children and resettled in Hamilton, Ohio, where she lived and worked for the rest of her life. With her second husband, Bob Phelps, she had 3 more children.

Nan Phelps’s work is often compared to that of the more famous American folk artist, Anna Mary Robertson “Grandma” Moses (1860 – 1961). But unlike Grandma Moses, who did not begin to paint in earnest until age 78 when arthritis made embroidering too painful for her, Nan Phelps painted almost obsessively throughout her life. A nickel box of crayons ignited her passion for drawing at age 5. In her teens she began painting with watercolors, and in her 20s she turned to oils. Phelps continued to paint well into her 80s.

In memory paintings such as Country Folk Arriving for Sunday Church (1952), Winter Creek (1965), Finishing the Quilt (1980), Feathering the Geese (1983), and Neighbors (1987), Phelps resembles Grandma Moses in her depiction of rural life and landscapes recalled from childhood. But what makes Phelps more noteworthy is her wider range beyond these traditional folk art subjects. Her full body of work also includes portraits, still lifes, animals, Western scenes, tropical beaches, historic and religious figures, and fantasy landscapes. Early paintings such as Grandma Weaver (1940) and Portrait of the Artist’s Daughter, Donna (1942) show the formal influence of nineteenth-century folk portraiture, while later works such as Burning House (1972-1976), Flowers in a Blue Vase (1975), Birds on a Wire (1978), and Riverfront Stadium: Phillies and Reds (1978-1979) reveal Phelps as a more mature, confident, and experimental painter, exploring unconventional subjects, bolder styles, and richer colors. Even in format her work ranges dramatically, from 1” x 1” miniatures to 6’ x 17’ murals.

Like nearly all folk artists, Nan Phelps was mostly self-taught. In the 1930s, the Cincinnati Art Museum questioned the authenticity of her first documented painting, The Lone Stroll (1932), and rejected it for exhibition. But to test her talent, the curators sent Phelps to the Art Academy of Cincinnati, where she produced more work over 6 months, after which they agreed to exhibit 3 of her paintings. In the 1940s, when self-taught painters began to receive national publicity, Phelps sought the advice of Dorothy Miller, a curator at MoMA in New York, who referred her to the Galerie St. Etienne, the New York art gallery promoting Grandma Moses. Phelps traveled to New York with samples of her work in the 1950s, marking the beginning of her long relationship with Galerie St. Etienne and her wider reputation in the folk art world.

According to her daughters, Phelps yearned to paint even in the few days before her death at age 85. Hospitalized and weak, she gazed out the window and said, “I wish I could paint those clouds.” Now, a quarter century after her death, the time is right to rekindle appreciation of her fanciful, spirited work. Were a gallery or museum to organize a Nan Phelps retrospective exhibition, a good title might be “Painting the Clouds.” 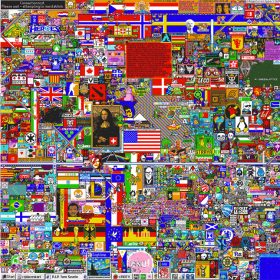 The Story of Reddit’s r/place 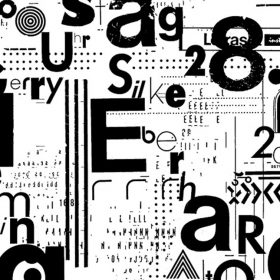 The Emperor of Time