Paul Rand: Everything is Design Exhibition

Paul Rand: Coronet Brandy magazine advertisement, 1948/ Private Collection There is no one—inside or outside of graphic design—who has not seen the work of Paul Rand at least once. Unlike most graphic design created in the last couple of decades, Rand’s work has the rare quality that transcends time. You …

There is no one—inside or outside of graphic design—who has not seen the work of Paul Rand at least once. Unlike most graphic design created in the last couple of decades, Rand’s work has the rare quality that transcends time. You know, those images that only come around once in a great while, the kind of work which doesn’t follow trends, styles or tiring formulas, but are instead timeless, conceptual, beautiful and refreshingly simple.

The Brooklyn-born graphic designer would have turned 100 years old last year, but remarkably his body of work remains young and raw. He was, is and will be an influence in my own work. Fortunately, we will have an opportunity to see his work ‘in-person’ from February 25 through July 19, 2015.

The Museum of the City of New York presents Everything is Design: The Work of Paul Rand, the exhibition will feature more than 150 advertisements, posters, corporate brochures, and books by this master of American design.

From the Museum of the City of New York’s website:
“… It was Rand who most creatively brought European avant-garde art movements such as Cubism and Constructivism to graphic design in the United States. His philosophy, as expressed in his work and writings, including the recently republished 1947 Thoughts on Design, argued that visual language should integrate form and function. Born in Brooklyn in humble circumstances, Rand (1914-1996) launched his career in the 1930s with magazine cover design and, starting in the early 1940s, he worked as an art director on Madison Avenue, where he helped revolutionize the advertising profession. He later served as design consultant to leading corporations like IBM, ABC, UPS, and Steve Jobs’s NeXT, for whom he conceived comprehensive visual communications systems, ranging from packaging to building signage, all grounded in recognizable logos, many of which are still in use today. Rand’s influence was extended by students he taught at Yale University. His visually stimulating, yet problem-solving, approach to graphic design attracted devoted admirers during his own lifetime and he remains influential today.”

Everything is Design is curated by Donald Albrecht, who is the City Museum’s Curator of Architecture and Design and designed by Perrin Studio. The exchibition was made possible through the leadership of co-chairs Dana Arnett, Michael Bierut, Steven Heller, Curt Schreiber, Willy Wong, and Keith Yamashita.

Everything is Design: The Work of Paul Rand is at the Museum of the City of New York from 25 February to 19 July, 2015. 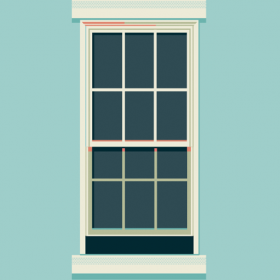 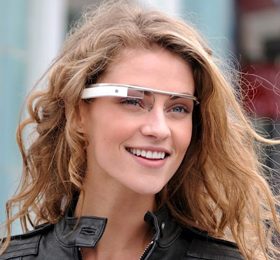 The Future is Here: Project Glass by Google 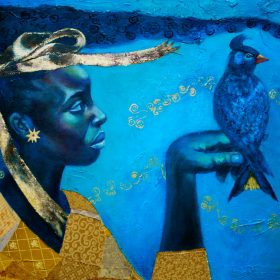 The Hope and Legacy Painter Tamara Natalie Madden Left Behind