Today, we continue sharing interesting facts about the graphic identity of cars. In case you missed part one here is the link to it. Enjoy! PART 1 11. FORD The first logo of this US company was a designed by Childe Harold Wills. As head of engineering and design of …

Today, we continue sharing interesting facts about the graphic identity of cars. In case you missed part one here is the link to it. Enjoy! PART 1

The first logo of this US company was a designed by Childe Harold Wills. As head of engineering and design of the brand, he began to use it in the early twentieth century, as an emblem that represented the business. It was a complex shield, Art Nouveau style (1), in which we read the words Ford Motor Co. (named after its founder Henry Ford) with the subtitle “Detroit Michigan.” In 1903, with the manufacturing of the first cars it has been reduced the word Ford (2), with a very similar type.

The mixture of “Oval + typography” (3) took place in 1911, though for a time it was allowed to use this logo with a new design consisting of a triangle with wings (4), in honor of attributes like speed, lightness, stability … but it seems that Henry Ford disliked the design and suspended it quickly.

It was not until 1928 when it first added the blue background (5), making the future of the logo, which despite suffering minor tweaks this essence has been preserved in its design. In 2003 came a new improved version of the blue oval logo in honor of the 100th anniversary of Ford Motor Company. It was a more elongated and stylized version; a redesign conducted by the agency “Pantone”

The name Mazda stands from Ahura Mazda, the god of wisdom, intelligence and harmony, from the earliest civilizations in western Asia. Also, they say it derived from the Anglo-Saxon version of the name Jujiro Matsuda, founder of the company.

In 1936 Mazda introduced a new symbol (1) inspired by the emblem of his hometown, Hiroshima (2), where the company headquarters is located. The peaks in the middle of the logo are a stylized triple “M” that claim to be the initials of “Mazda Motor Manufacturer” (Mazda engine manufacturer).

The wings on both sides, as in many other cases, represent the agility and speed of their product. In 1991, a new symbol was introduced consisting in a diamond framed in an oval (3), but this design was later revised because of its resemblance to Renault. In 1997, the current symbol was reinterpreted in the shape of an “M” comparing it to the figure of a bird in flight.

Mercedes-Benz is considered the oldest manufacturer of automobiles in the world. His story begins with Gottleb Daimler in 1885 who created a small internal combustion engine capable of making any vehicle move. This was the beginning of Mercedes, although at that time it was called DMG (Daimler Motoren Gesellschaft).

In 1900, a diplomatic consul named Emil Jellinek, very fond of motor racing, ordered Daimler the manufacture of 36 cars, with one condition, that they are named as his daughter Mercedes (1) (though that word was actually a simple nickname, the actual name was Adrienne Manuela Ramona) Manufactured cars were a complete success, which led Jellinek and Daimler to sign a cooperation agreement for the manufacture of new cars and Emil incorporating the board of directors of the company. Over the years the name Mercedes was taking more and more strength within the automotive company and after it merged with Benz (2), all vehicles of the company came to be sold under the Mercedes-Benz brand.

Regarding the logo, the three-pointed star (3) symbolizing the power of invention of Daimler, which would “walk by car, make a speedboat and drive a zeppelin.” These are the three points of the star: Earth, water, and air. He worked all his life with this concept. They say that this star has its origin from a postcard that Daimler woman wrote to her daughter where she marked with a star on a plan where the factory was located. His two sons rescued this icon after his death and made it the symbol of the company.

The word “Mitsubishi” is a combination of the words Mitsu, (three) and the word ‘hishi,’ meaning a diamond or diamond shape, although it also literally means “triangular water chestnuts.” In addition, the Japanese tend to distort the sound of the “H” likening it to “B” when it is in the middle of a word. So the pronunciation of Mitsu and hishi would be Mitsubishi.

Yataro Iwasaki, the founder of Mitsubishi, decided to establish three diamonds as the emblem of the brand (1). It is said that this design is a mixture of two family shields; the shield of the Yamauchi Family (Three oak leaves) (2) and the Iwasaki family’s shield which represents three stacked water chestnuts. (3)

Some believe the Mitsubishi logo represents the propellers of a boat as the company originally manufactured ships. Though this is a belief that is considered erroneous.

Opel was founded in 1862 in Germany. At that time, Opel manufactured sewing machines and its logo consisted of the letters “A” and “O,” the initials of its founder, Adam Opel. (1)

In 1866, it expanded and began making bikes. Their new logo containing the words “Victoria Blitz” (lightning victory). The word “Blitz” (lightning in German) appeared there for the first time, but without a graphical representation. (2)

Then in 1937, the logo showed a stylized zeppelin in the middle of a ring. Zeppelins were by then a symbol of innovation and progress, but as this invention lost popularity, gradually Opel transformed it into the beam we know today. (3)

The brand of Peugeot was born in 1734 when Jean-Jacques Peugeot began to develop businesses that included a dry cleaner, an oil mill, and a grain mill. Then their children transformed this mill in a small factory where they produced steel blades, springs, and umbrella racks … The company was renamed ” Peugeot Brothers.”

In 1847, the lion emblem was born, which would later be stamped on each product performing the factory. It was a lion stepping on an arrow (1). Their manufactured products were reflected in the figure of the lion. Their saws were so resistant. They were like the teeth of a lion, and his spine flexible and fast as this animal. This logo has undergone many changes but always keeping the figure of the lion as a symbol of the company. (2)

The brand was founded by Ferdinand Porsche and his son Ferry Porsche in 1948. After the Second World War, the Porsche family (father and son) were arrested for “working” for Hitler and were imprisoned in France. Later they created their first car in 1950. Curiously Ferdinand Porsche died of a stroke in 1951 and never got to know the company logo. That same year, Max Hoffman, a powerful European car distributor in the US was captivated by the Porsche and during a dinner with Ferry Porsche, he said that a car of these characteristics needed an iconic logo. They say that Ferry drew on a paper napkin what would be the Porsche logo.

There are two overlapping shields; the city of Stuttgart (1) (which was very similar to the Ferrari horse) and the region of Baden-Württemberg (2), consisting of red and black stripes and deer antlers.

The first Renault dates from 1900 and back then it showed the initials LR (1) (Louis Renault), founder of the company. In 1906, the logo changed to the figure of the front of a car framed in a gear. (2) During World War II, Renault produced a tank for Allied troops and it became so popular that for a few years they changed the company logo into a tank. (3) The Renault diamond expresses the desire of the company to project a strong and consistent brand image (4). The emblem has remained unchanged since its introduction in 1925. In 1972, artist Victor Vasarely modernized it establishing the base of the current design.

The Toyota brand was originally called Toyoda (1), which is the name of its founder, in Japanese means “fertile rice field.” There were two main reasons for the change Toyoda to Toyota. The first is that the meaning “fertile rice field” made little sense for a carmaker. However, Toyota did not mean anything. On the other hand, the number of Japanese characters required to write Toyoda was 7, while Toyota was 8 (lucky number in Japan).
The following brand logo came out from a contest in where 27,000 proposals were submitted. The winning entry showed the word Toyota in Japanese alphabet on a red circle (2).

In 1989, the current logo was presented alongside the Lexus brand logo. The interesting shape is intentional and clearly forms the letter “T”. (3)

Many claim that indeed, every single letter of the word “Toyota” has been intentionally hidden inside of the logo. But is it intentional? (4)

Volvo comes from the word “return” that is the infinitive form of the verb “roll” in Latin and it means “I roll.” In many different occasions, the brand has been criticized by feminist groups for use as the masculine symbol logo (1). Faced with such accusations, Volvo offered an explanation of the true reason that its founders chose this symbol, very distant reasons from what feminist groups claim. Indeed, the male and female symbols are nothing but the mythological representation of Mars and Venus. According to classical mythology, Mars was the god of war and the image that it was represented in a circle and an arrow pointing diagonally positioned to heaven. A sign of strength and endurance. 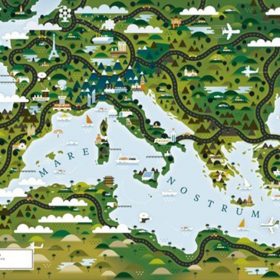 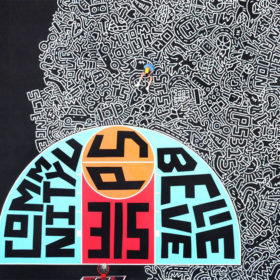 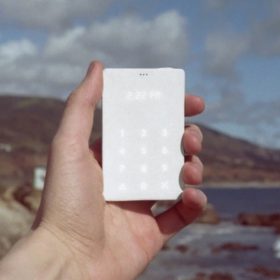 The Pleasure of Simplicity: Introducing The Light Phone