To continue Alfalfa Studio’s commitment to critique the graphic design in the world of soccer (see previous reviews of Argentina, Brazil, Colombia, England, Mexico, Lithuania, and the United States), today the spotlight shines on Spain. It’s impossible to ignore Spanish soccer when talking about the sport! The top professional association … To continue Alfalfa Studio’s commitment to critique the graphic design in the world of soccer (see previous reviews of Argentina, Brazil, Colombia, England, Mexico, Lithuania, and the United States), today the spotlight shines on Spain. It’s impossible to ignore Spanish soccer when talking about the sport!

The top professional association football division of the Spanish football league system is The Primera División (First Division) of the Liga de Fútbol Profesional, commonly known as La Liga. Consisting of 20 teams, La Liga has been the strongest league in Europe for the past five years. But, the question is: How strong is the design of their badges? Guess no more! Here it is, the ultimate ranking of the best and worst La Liga badges. I hope you will enjoy it as much as I enjoyed creating it.

20. UD Las Palmas
The last place of the ranking is for Las Palmas, I am really sorry for the supporters but I had to do it, this logo uses the emblem of the city (1) plus the logos of the 5 teams that founded the club, plus the crown, plus the letters, everything is very complicated and messy. Way too much elements … It is time for a little facelift ! 19. Rayo Vallecano
Rayo means “lightning“ in Spanish, hence this electrical company icon that looks very cheap, plus the typography is the worst thing I have ever seen in la liga logos, it really looks like the designer just threw them blindfolded in the shield. The icon in the upper left corner is a copy paste of the shield of the city (1). Not a really good logo at all… 18. Getafe CF
The Getafe C.F. Logo is exactly the same as the emblem of the city (1) plus a soccer ball, nothing spectacular, it works but the creativity is poor. Not a very rich logo or original.
Little design tip: If some Getafe C.F.’s Designer is reading this maybe try using the old school ball as it always give a historic touch and it is more classy.

17. Villareal
This logo is almost an exact replica of the emblem of the city (1) not very creative and the initials are nothing revolutionary … NEXT! 16. Levante UD
This logo is not disgusting but I it doesn’t make me to excited when looking at it. I like the italic letters that usually give a lot of dynamism and energy, but when you have a bat in the logo ( mblem of the city 1. ) you can do way better, just like the big brother of this Valencia city second team did (OopsQ SPOILER ALERT). 15. SD Eibar
The Logo of Eibar is really simple and hasn’t really evolved since the foundation of the team. It uses the cross of San Andres just as in the logo of the city (1). Not a bad design at all for such a small team but it is not as historic as the others. 14. FC Barcelona
We can see that the shield of FC Barcelona uses parts the Barcelona City flag (1) and also the colors of the team “BlauGrana” (Blue and Maroon) which were a personal choice of Hans Gamper founder of the club. The reason this logo is so low in the ranking is because I really find the shape of the shield weird (and not in a good way) and maybe I have seen this logo too much everywhere…

Fact: We can also see in the evolution of the logo that the Barcelona flag was modified and also the acronym of the club’s name. But, you must be wondering why? Because during this period Spain was under Franco’s dictatorship and he wanted the club to be more Spanish that’s why “Football Club Barcelona” switched to “Club de Futbol Barcelona.” After the dictator’s death the shield turned back as it used to be. 13. Deportivo La Coruña
Deportivo’s Logo uses the crown of the Spanish Royalty on top of the Galicia flag (1) (region where is based Coruña city) which is surrounded by a belt. I don’t hate this logo at all but this belt visually bothers me a little bit and it is not as powerful as some other logos in La Liga. 12. Malaga CF
The Global Design of the shield is not bad even the representation of the castle of Gibralfaro (present in the logo of Malaga City 1) could be worst. The real problem of this logo could be too many colors, but, I must admit, that last year, the designers of the team did a great job by using it in a monochromatic version, which I have to say looks very nice. 11. Sevilla FC
The shield of Sevilla F.C. uses the emblem of Sevilla city (1) which is perhaps the less attractive part of the logo, the rest is OK. Overall, it works and the acronym is not bad. 10. Athletic Bilbao
Athletic Club Bilbao is the main team of Bilbao in the Basque country, it was founded in 1898. The logo is a merging between two blazons plus the colors of the club (stripped white and red).
The first one is the blazon of Bilbao City (1), with the bridge and the church of San Antón and also the wolves of the Haro Family, founders of Bilbao in 1300.
The second blazon is the one of the region of Biscay (2), with the Tree of Gernika. The cross of San Andres presented all around the blazon is also used on both sides of the Athletic club Bilbao logo.
This Logo is not bad at all, very historic and also very powerful, I am just not a real fan of the way the Bilbao word has been written but I dare you to find a better way to design it ! 9. R C D Espanyol
R C D Espanyol is the second team of Barcelona city, this team is know for having national-friendly supporters which is not very common in Cataluña.
Fact: During the second Republic of Spain the wrown and the word ‘real’ were deleted but after the civil and at the beginning of the dictatorship they were placed back.
This logo is strong and have a timeless design, the stripes in the middle give a really cool look and the type is well used. This could be the nicest logo of all of Barcelona’s teams. 8. Real Madrid
Not much to say about this logo, I know we see it everywhere but it still is a pretty good logo, very balanced and with nice initials. The diagonal stripe used to be purple but for reasons of marketing it switched to this dark blue. Works fine! 7. Granada CF
This is a good one, I really like the way they use the pomegranate symbol of the city (1) but in a really nice simplified version. The initials are well done and the icon of the old school ball is really good! I like the overall shape as it’s not very usual in soccer but that’s what I like about it. Good job for this small team which has many supporters. 6. Celta de Vigo
Celta De Vigo’s logo is a merging between their old logo (Club Celta in 1924) and the cross of San Sebastian (1).
It’s a very simple logo but I think it doesn’t get outdated through the years (very important for a good logo) and it always looks great on the shirts of the team. 5. Sporting Gijón
This shield is simple with a nice shape and a cool acronym, there is not much more to say, everything works! 4. Real Sociedad
This one has a lot of personality, I really like the way the old “San Sebastian” flag (1) (former team before Real Sociedad) wraps the classic soccer ball. A really well deserved 4th place. 3. Real Betis Balompie
This is a really awesome logo, very powerful. Although the main shape is unusual, I love it because if memorable and visually strong. Also, the color palette works really well (inspired by Celtic Glasgow, a Scottish team (1)) and the monogram is beautifully done (B.B. initials stands for Betis Balompie). Definitely one of the best logos of La Liga, this historic club—which is the 4th most important team of Spain—deserves its honorable 3rd place in this ranking. Even if they always loose, they are the most popular team in Sevilla City . 2. Atletico Madrid
Atletico de Madrid is the second most important team in Madrid after the mighty Real Madrid. This club was founded as a subsidiary of Athletic Club Bilbao in Madrid. We can see some similarities in the history of the logos of both teams at the very beginning.
The shield uses the “Oso y Madroño” (Bear and Strawberry tree) Symbol of Madrid City (1) and the 7 stars of Madrid’s region flag (2) which represent the Big Dipper constellation.
This is one of my Favorite Logos of La Liga, ever since I was a kid I founded this logo very appealing. It’s simple, strong, and flaunts a harmonic color palette. Besides, who doesn’t like stars? Why does this club has 50,000 Season pass membership a year having a team like Real Madrid in the same city? Who knows maybe the logo has something to do with that… 1. Valencia CF
And we got a winner! This logo is just so cool and I hope everybody will agree. The bat is awesome! the overall global shape of the shield is both organic and memorable. The symbols, the shapes and the colors work well together! I have heard lots of people saying good things about this logo inspired in the city emblem (1). It hasn’t really changed since 1920 and I think there is a good reason for that: this logo rocks! Congrats!

Fact: DC Comics sued Valencia C.F. new logo proposal because it looked too much like batman! click here to read about more. 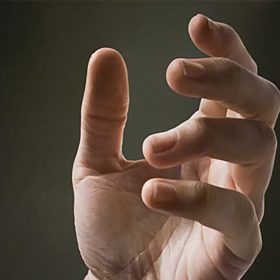 Let’s Give Him a Hand… 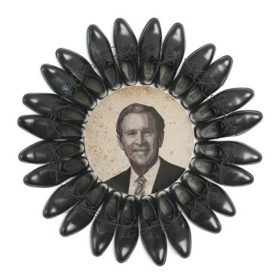 One Decade After the Shoe-ing of President Bush 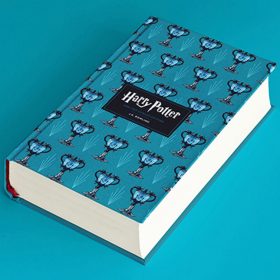 A Present for The Boy Who Lived