2015 was certainly a colorful year. Its overarching spectrum covered everything from the unavoidable dark shades to the not-too-common yet highly appreciated bright ones. Some of the news and characters that 2015 will be remembered for include Black Lives Matter, Charlie Hebro attacks, US reopens embassy in Cuba, the rise …

2015 was certainly a colorful year. Its overarching spectrum covered everything from the unavoidable dark shades to the not-too-common yet highly appreciated bright ones. Some of the news and characters that 2015 will be remembered for include Black Lives Matter, Charlie Hebro attacks, US reopens embassy in Cuba, the rise of ISIS, Europen refugee crisis, terror attacks in Paris, Supreme Court rules on same-sex marriage, Pope Francis visits the US, El Chapo escapes, Deflagate, Ashley Madison, Rachel Dolezal controversy, US Womens Soccer World Cup victory, Caitlyn Jenner, “Hello” Adele, Hillary’s emails, and the annoyingly ubiquitous Donald Trump.

Here at Alfalfa Studio, our tiny army of blog contributors continued its noble mission of sharing creative inspiration. In the spirit of ‘end of the year lists’ today we bring you our most popular blog posts of 2015. It might be worth revisiting so you can enjoy them all over again.

Before revealing the winner, I want to give a big shout out to all of our dedicated contributors who do this for free and their only reward is the satisfaction of sharing the love. BIG THANKS to Achu, Betty, Bruno, Calum, Chuy, Edwin, Ellen, Emma, Greg, Jodi, Jonathan, Lucas, Merel, Murillo, Soomin, Swan, and Valentina.

Just for fun, here is a quick statistical re-cap:

7. Celebrating American Folk Artist Nan Phelps
Published on January 16, 2015, also the 25th anniversary of the artist’s death, this blog post introduced our audiences to one of America’s best yet perhaps most overlooked folk artists. See what makes Phelps so special. 6. Rafael Kfouri the Brazilian Designer from the Future
Published on September 9, 2015, this post showed us why big brands such as Louis Vuitton, Adidas, and Xbox are crazy about the fine design work of Rafael Kfouri. Find out for yourself here. 5. Top 7 Limited Edition Sneakers
Published on March 22, 2015, this post, by its popularity, proved the world’s fascination with sneakers. What’s even better than sneakers? Limited edition sneakers. Don’t you wish you own one of these seven beauties? 4. Sculpting Light Shapes By Lucana
Published on June 25, 2015, this is a very special post for couple of reasons. The most obvious is because the images created by the incredible photographer Lucana are timeless, exquisite, and beautiful. The reason no one knows is that Lucas, the writer of the post, actually witnessed the making of those classic images when he was a young boy in his native Colombia—Lucana is actually his mom. An extra reason why these images are extraordinary is because they were done before photoshop or any other image manipulation software. They were envisioned and realized by Lucana using the grace of dancers’ bodies, tons and tons of sand, a deep knowledge of lighting, immaculate craftsmanship and the patience and mastery to materialize one’s vision. This post is worth seeing again and again. 3. Illustration Master: Laurent Durieux
Published on August 24, 2015, this post is an homage to one of the greatest illustrators working today by his student and fan Bruno Cervantes. If you are not familiar with Durieux’s work, you must see this one. 2. Top Ad of the Week: Little Miss Puffy Tail
Advertising agency Droga5 and “Foxcatcher” director, Bennett Miller teamed up to produce one of the funniest ad campaigns of 2015 for Quilted Northern toilet paper. The agony of poor Little Miss Puffy Tail made the world laugh, discover how here. This post was published on May 7, 2015. 1. Pantone Up Your Life!
This is the big winner of the year! Published on June 1, 2015, this post demonstrated that color rules, we all love color! It offered seven ways to bring color into your life by using Pantone. My favorite is the Pantone Hotel and the hilarious Pantone Queen color wheel. Which one is yours? And to roundup the top 10, here are the honorable mentions:

8. The 50 Most Controversial Movie Posters in Film History 9. Early Records of the Mayan World 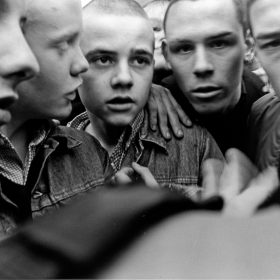 Joji Hashiguchi’s ” We Have No Place To Be” 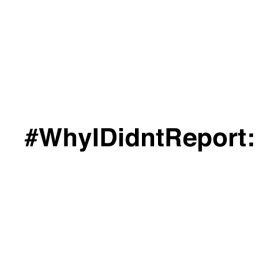 Why I Didn’t Report 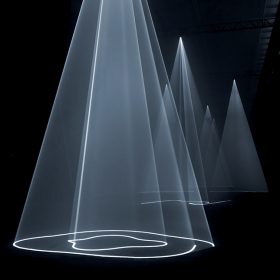