Rwanda Civil War, 1994 “Everyone wanted a homeland without neighbors and to live their entire lives in the interval between wars.” This simple line is from “A Version of Events,” one of my favorite poems by Polish poet Wyslava Szymborska. What strikes a cord is the romantic idea of wanting …

“Everyone wanted a homeland without neighbors
and to live their entire lives
in the interval between wars.”

This simple line is from “A Version of Events,” one of my favorite poems by Polish poet Wyslava Szymborska. What strikes a cord is the romantic idea of wanting to live an entire life in between wars. Sadly, this is impossible.

Yes, war is the plague that doesn’t go away. How do we deal with it? How does war affects our lives? For more than 60 years, these and many more questions have been in the mind of designer Seymour Chwast.

Chwast, who celebrates his 85th birthday this year, has used his signature blend of design, illustration, and social commentary to wage a campaign against war. This lifetime passion against war by one of design greatest is being packaged in a collectable book titled “Seymour Chwast at War with War: An Illustrated Timeline of 5000 Years of Conquests, Invasions, and Terrorist Attacks.”

Designers & Books is launching a Kickstarter campaign to promote this meaningful project. The goal is to reach 1,000 backers protesting 5,000 years of war! This is your chance to be part of the 1,000 group and to receive one of the one-of-a-kind rewards—including your own book signed by Chwast himself and stamped with his logo and your name on the acknowledgements page! Click here now…only few hours left.

From the press release:
Subversive. Personal. Obsessive. Radical. There is no mistaking the work of Seymour Chwast. As co-founder with Milton Glaser of Push Pin Studios, he led a revolution in graphic design producing bold, vibrant work that pushed the limits of nearly every visual medium—from posters, advertisements, book jackets, and magazine covers to album covers, product packaging, typography, and children’s books. His pioneering role as a designer, author, and activist continues to influence and inspire 21st-century designers.

For more than six decades, Chwast, who celebrates his 85th birthday this year, has used his signature blend of design, illustration, and social commentary to wage a campaign against war.

Chwast finds, “It’s the ongoing relentlessness of the thing, the seemingly never-ending urge to resolve disputes with deadly conflict, century after century. That’s the nagging notion through the years that keeps bringing me back to the subject of war.”

The book’s editor, design writer, Steven Heller, says,“Seymour has always done work that is community based. And what possibly could be more community based than issues of war? The idea of connection to community is what made us think of Kickstarter and decide that it was the perfect place to launch this book.”

To support the Kickstarter, Chwast has opened the doors to his archive, offering both new and vintage items to backers. Included among the special items are three of Chwast’s personal copies of his first antiwar publication, A Book of Battles, which he self published in 1957; his Vietnam War era poster “War is Good Business, Invest Your Son”; and a one-of-a kind four-color mechanical for a book he wrote with Steve Heller.

The campaign launches on April 26 and will run through June 9. If successfully funded, this special Kickstarter edition will be released in November 2016 to project backers, each of whom will be acknowledged in a special section of the book.

At War with War will involve a master letterpress printer and a process utilized for fine and limited print editions. The book will feature an introduction by Victor Navasky, former editor and publisher of The Nation, and will be edited by renowned graphic design writer Steven Heller.

About Seymour Chwast
Seymour Chwast is co-founder of Push Pin Studios, where he reintroduced graphic styles from the past and transformed them into a contemporary vocabulary. He has designed and/or illustrated many books, including more than 35 for children. He has created over 175 posters, a large number of which have attained cultural iconic status. He is in the Art Directors Hall of Fame and is the recipient of the 1985 AIGA Medal from the American Institute of Graphic Arts. His work has been the subject of many books, including Seymour: The Obsessive Images of Seymour Chwast.

About Steven Heller
Steven Heller, co-chair School of Visual Arts MFA Design / Designer as Author + Entrepreneur, is the author, co-author, and editor of over 170 books on graphic design, visual propaganda, and satiric art. With Seymour Chwast he has co-authored over 10 books, including Graphic Style, and was editor of The Nose. He is the 2011 recipient of the Cooper Hewitt, Smithsonian Design Museum National Design Award and the 2016 Eric Carle Award.

About Designers & Books
Designers & Books is a website that advocates for books as important sources of inspiration. The Seymour Chwast At War with War Kickstarter project is part of a program to connect specialized audiences interested in design and creativity to noteworthy designer-authored books, and also to facsimile editions of important out-of-print books about design. Designers & Books was last on Kickstarter with the successfully funded facsimile edition of Visual Design in Action by Ladislav Sutnar. 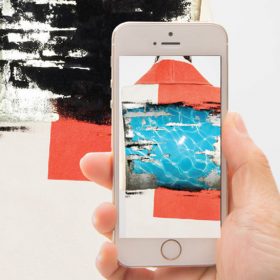 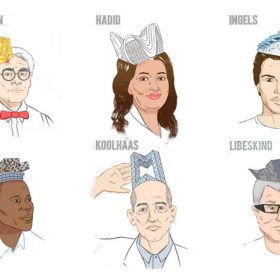 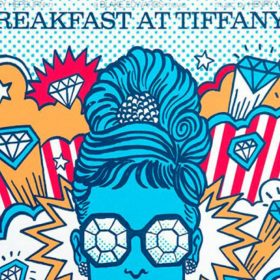 The Home of the Alternative Movie Posters