Dissociazione dal Bordo, 1969, Archivo Manuela Grignani Sirtoli (Estorick) Most of us know his work, but very few know the name, Franco Grignani. His Woolmark logo was voted ‘Best Logo of all Time’ by Creative Review Magazine in 2011. Designed in 1963, the logo was selected as the symbol of …

Most of us know his work, but very few know the name, Franco Grignani. His Woolmark logo was voted ‘Best Logo of all Time’ by Creative Review Magazine in 2011. Designed in 1963, the logo was selected as the symbol of ‘Pure Virgin Wool’ for the International Wool Secretariat. This logo has been applied to more than five billion products worldwide!

Grignani was an Italian architect, graphic designer, and artist best known for his black and white graphics. He was also one of the early practitioners of Op Art in Italy. In fact, it’s been said that his work anticipated international Op Art by several years.

This Wednesday, May 31, the M&L Fine Art in London will open an exhibition of his work. It will include 20 paintings covering a period from the 1950s to the 1970s. It will be a great opportunity to get a glimpse into Grignani’s long-term research into visual perception. This exhibition will be the first time that Grignani’s works have been shown in the UK in nearly 60 years.

In addition to his paintings, a month later, the Estorick Collection will launch its extensive survey of Grignani’s work, with many more paintings, works on paper and a focus on his graphic design.

Inspired by theories of perception combined with his knowledge in architecture, Franco Grignani created more than 14,000 experimental works. Even though he’s passed away almost 20 years ago, he remains a powerful influence in the world of graphic design.

He said something that I fully agree when referring to logo design. He said: “The drawing of a logo for a designer is the most […] exciting assignment because in that symbol he tries to pour all his graphic sensitivity.”

If you are in London this summer, don’t miss the work of one of the greatest designers of the XX century. 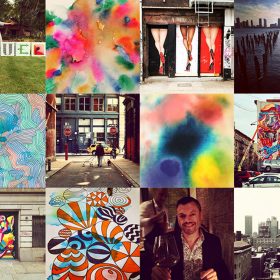 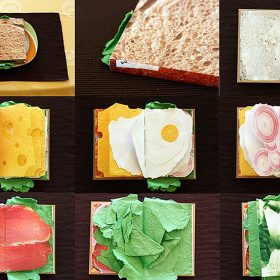 One Piotrowski to Go, Please! 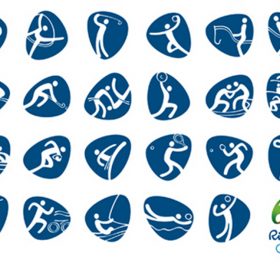