Many sayings come to mind when hearing what just happen with the new International airport being constructed in Mexico City. One of them is “you get what you pay for” and the other is in Spanish “lo barato, sale caro” which translate to “Cheap goes Expensive.” Nuevo Aeropuerto Internacional de …

Many sayings come to mind when hearing what just happen with the new International airport being constructed in Mexico City. One of them is “you get what you pay for” and the other is in Spanish “lo barato, sale caro” which translate to “Cheap goes Expensive.” Nuevo Aeropuerto Internacional de México, also known as NAIM, recently terminated a contest which asked designers to submit their ideas for their new branding. The winner would be awarded up to $75,000 pesos which are equivalent to $4,000 USD.

Today’s blog will be different from the usual. We tend to always show the beautiful side of art, but today I will be showing you the ugly. Let’s begin with this new project that the city of Mexico has worked on for the past years. Mexico City is one of the top 20 cities in the world, according to the GDP.  It should be splendid when hosting visitors and locals. The NAIM airport is being developed by the global engineering and consultancy company Arup Group Limited. There has been a lot of seriousness taking on the construction of this airport which will be one of the biggest of the world. The architect in charge of the NAIM is Fernando Romero of the Soumaya Museum and the prestigious group Foster & Partner. NAIM will have on of the largest terminal in the world and will serve up to 57 Million passengers per year and 120 Million when it’s fully built and maximum runaway capacity. The terminal will be shaped as an X, which is symbolic of the Mexican community and it is set to open by 2020.

This is quite an exciting project and I ask myself why not give the branding the same seriousness as it is given to the construction of it. At the end of the day, the branding has to give a message well connected to the architect. You can’t have a design where Foster & Partner is involved and have a crappy logo. Their idea of having a competition opened to the public to design their logo was repulsive and disrespectful to the whole project. Branding is just as important as the architecture. It’s more than just a logo. It gives a well thought out message and an image of the way your customer perceives you. Giving the project to the public was a terrible idea and it was reflected in the end results. It has happened before in other design competitions where the designs are just a joke but it’s not so surprising being that we are living in a troll era. Over a 100 designs were submitted and all lacked originality.

It seemed that the designs were submitted by trollers, design beginners and all were cliches. NAIM sent a mixed message with this competition and one of them is being cheap. It’s hard to have someone design something good for a big project for something almost free. I would encourage the NAIM to actually do research on branding and understand how important it should it is. There are many design firms that could make this branding live up to the expectation of the architecture and Alfalfa is one of them. Take a look at their website to see all the bad logos submitted…it’s actually fun to see.

However, not all design competitions are as bad as this one. 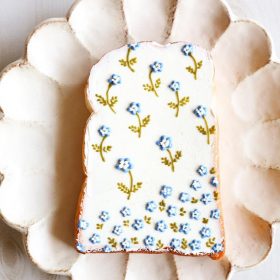 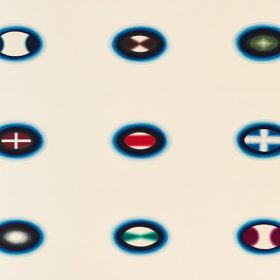 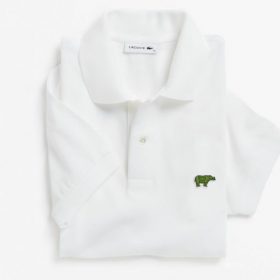 Lacoste: Patches for the Endangered