“Samurai Jack”: Designer as Author in the Cartoon Narrative

Jack takes a breather WARNING: SPOILERS FOR THE FINAL SEASON OF SAMURAI JACK Designers hold a stake in authorship. As visual storytellers, we express our own narrative told more through form than words. This is a notion masterfully told in Michael Rock’s ‘Designer as Author’ and while his larger point …

WARNING: SPOILERS FOR THE FINAL SEASON OF SAMURAI JACK

Designers hold a stake in authorship. As visual storytellers, we express our own narrative told more through form than words. This is a notion masterfully told in Michael Rock’s ‘Designer as Author’ and while his larger point is to show just how designers control the narrative, his words hold weight beyond the world of graphic design.

This past week brought an end to Genndy Tartakovsky’s Samurai Jack. After sixteen years of waiting (or fifty in Jack’s time) the series was rightfully given it’s moment to conclude. Critically, the show’s return has received plenty of well-deserved praise for it’s refined story telling, updated visual aesthetic, and newfound maturity in the open arms of Adult Swim. However, the ending has been received with an air of disappointment for a few reasons, but for the sake of argument, I’ll only cover the two I see most prominently.

Firstly the series chose to end unsurprisingly with Jack slaying Aku. Obviously this was the point of the series reiterated in every introduction, but for the most part, that scene played out exactly as the show had been teasing since it’s inception (which is to say nothing of the surprises Ashi brought with her). Secondly, the shows final heart-wrenching moment came in the form of a muddled science fiction trope. Ashi’s disappearance from her and Jack’s wedding was certainly a gut punch yet still felt underwhelming in a modern science fiction context.

While these two marks down to an otherwise fantastic series closer left some with a sour taste in their mouths, the critique ignores what is arguably Samurai Jack’s greatest narrative strength, the expression of its story visually and the world that Genndy builds and destroys so beautifully. Even at its inception, the character of Samurai Jack was reserved to give the visuals room to breath. Certainly, an odd choice for a children’s show but the choice to tell stories through visuals highlight why the fifth and final season wrapped up so masterfully. From the beginning we as viewers were met with a myriad of quiet narratives. The earliest highlight was juxtaposing Jack and his momentary wolf companion. Their trials were expressed without words, but the scars of battle and crimson blood told it’s own tale of two wolves backed into a corner.

The most emotionally striking were the season-long narrative of the Ladybug. Jack’s earliest enemies came in the form of Ladybug-like creatures, enveloped in a darkness stemming from Aku. Even Ashi fell victim to the beauty of the creature, before having its beauty and Ashi’s first experience with love crushed by her mothers’ hands. It was only suitable that the shows final moments showed Jack helping a small ladybug fly free, Ashi’s freedom gained through her connection and love to Jack and his struggle. The show’s epilogue featured no dialogue between the two about what they had overcome, the only quiet meditation on the bittersweet adventure. The irony of Jack’s peace found in the daughter of his arch nemesis fully setting in, his scowl turns to a smile as the Ladybug flies freely and color returns to his world.

Through these moments, the narrative becomes something greater than words and happenings, but something authored visually that holds weight beyond the storied discussions. It speaks volumes for Genndy Tartakovsky beyond his work on Samurai Jack, and while I’m sure people might wonder where the narrative of his career will go next, they should be excited to see where it will go. 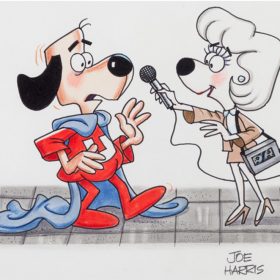 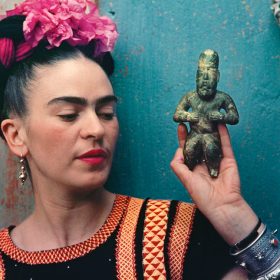 Frida Kahlo at the V&A Museum