Save the Serif: A Plea for Personality

I miss the serif. At nearly 21 years old, my life and upbringing could be concisely described as ‘sans’, meaning many of my (admittedly few) days on this planet have been driven by the internet. It surrounds everything I do and over time has devolved into a cauldron of sans-serif …

I miss the serif. At nearly 21 years old, my life and upbringing could be concisely described as ‘sans’, meaning many of my (admittedly few) days on this planet have been driven by the internet. It surrounds everything I do and over time has devolved into a cauldron of sans-serif typefaces, for good reason.

In the earliest days of the internet, before our computer screens were crammed with thousands of pixels and enough storage to make floppy disks scared, sans serifs were essential to readability on the worldwide web. It took more processing for computers to display serif’s and the minimal pixels made linework and brackets hard to display, especially at small sizes or in large blocks of text. As a result, the web (and my aforementioned upbringing) became a wasteland of sans, and I’m sick of it.

The internet, how we navigate the web, and how it actually looks has changed drastically in the 21st century. You can read about the difference display quality has made in this survey from the Nielsen Norman Group here.  To sum it up quickly, old computers necessitated sans-serif typefaces (because of readability), but now they don’t. The web has yet to recover from that era. Graphic design is littered with company brandished sans typefaces. This is partially because, yes, everything needs to be used on the internet, and I think every new company wants to occupy their own bland ‘future hip’ type environment. It doesn’t matter what choice of consistent stroke width, inoffensive geometric sans serif you find most palatable, make that type anywhere under 18pt and I guarantee almost nobody could tell the difference.

Now, I don’t mean to say that the sans-serif should be outlawed, or that it doesn’t have a place in a company like Dropbox that should ideally be streamlined and un-invasive. That’s the business model, so that’s the corporate identity. All I mean to say is that when a company clearly resorts to a basic sans wordmark and logo, it makes them boring. It shouts “we are a company, and we mean you no harm.” The larger problem becomes a lack of personality instead of a lack of style.

What then is the solution to this decade old problem? Perhaps the best answers come from companies who are combatting the sans dilemma. A group like ‘Pentagram’ (and I know they’re a design studio) successfully walks the line between inoffensive and elegant, backed by a strong use of color and a gorgeous serif wordmark. Music and entertainment outfit Pitchfork finds space to use a bold and wacky serif for its main wordmark that shrinks down into a nice body text. It pairs surprisingly well with their modern logo, without diluting the essence of their character. California-based winery ‘Winc’ uses typically geometric characters to highlight a curve and benefits from the voluptuous form. All of these companies benefit from their own personality and do so without looking like the husk of a different group. 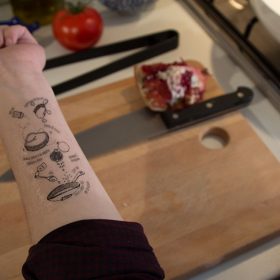 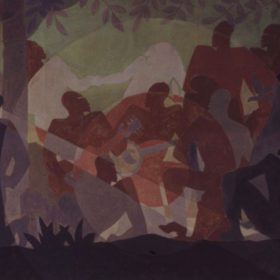 The Illustrations of Aaron Douglas 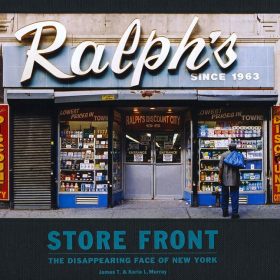