Phil Elverum and the Poem that Doesn’t Fit

A Poem from Joan Kyger Reads:

“The best thing about the past

is that it’s over”

Then you grow up

in a past      that keeps happening

Initially published in 2003, this poem has recently been emblazoned on Phil Elverum’s new Mount Eerie album, A Crow Looked at Me. For those unfamiliar with the work of Phil Elverum, his work under the pseudonym ‘The Microphones’ and ‘Mount Eerie’ spanning back to the early 90’s has become a defining footmark of the lo-fi folk scene. The musical output of both bands often focussed on grand human-centric themes: mortality, naturalism, spirituality. While his past works have always used poetry and metaphor to examine those themes, A Crow Looks at Me finds avoiding that approach necessary in examining death. More specifically, it examines Phil’s confrontation with death after the passing of his wife Geneviève Castrée in July of 2016.

“Death is real, someone’s there and then they’re not, and it’s not for singing about, it’s not for making into art.”

The cover then serves as a juxtaposition to what the album actually presents: a set of songs that seem more interested in telling a story or presenting a moment rather than creating a tune about that story. Elverum himself has called it “Barely Music.” The music presented seems almost elemental, as if the sounds existed before they were given a voice. It felt as if the listener was in the same room where Geneviève died.  In fact, Elverum had actually recorded in that very room. On “Toothbrush/Trash,” he sings ‘October wind blows, it makes a door close’ as the sound of a door closing is heard in the background. Physical space and minuscule details seem to hold insurmountable grief. I say all of this in an attempt to understand the poem. As a typographer, I find the space it occupies fascinating. It chooses to not align left nor right, claiming a fragmented position that juts outward and inward.

It speaks to themes Elverum has explored himself: the states of being human as you grow, with new found attention to death. If the poem suggests relief in being “post-human,” one would assume Phil might find relief in death. But the notion of a past repeating ahead of you is too cyclical, juxtaposing what the author wanting relief from being alive. The poem reads as contending with being both alive and dead, and the space it takes up feels equally undecided as to it’s exact position. Maybe Phil feels the same. 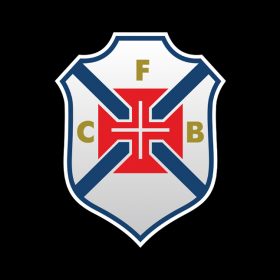 Behind the Badge: C.F. Os Belenenses 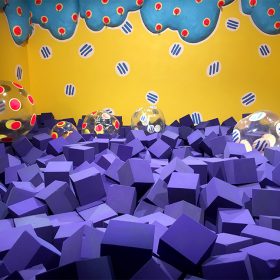 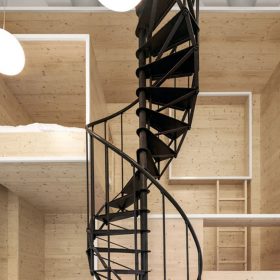 A Juxtaposed Haven: Room on the Roof