Kadir Nelson’s Portrait of Henrietta Lacks Unveiled at the Smithsonian

Collection of the Smithsonian National Portrait Gallery and National Museum of African American History and Culture, Gift from Kadir Nelson and the JKBN Group LLC When doctors discovered the cells of Henrietta Lacks, they had been trying for decades to get cells to reproduce in a test tube. Her tissue …

When doctors discovered the cells of Henrietta Lacks, they had been trying for decades to get cells to reproduce in a test tube. Her tissue was taken without her knowledge or consent in 1951 when she was dying of cancer, and researchers were able to get the cells to reproduce in a test tube. Her cells have saved countless lives in the years since, helping develop the AIDS cocktail, the polio vaccine, and treatments for hemophilia, herpes, influenza, and leukemia. She was the subject of the book The Immortal Life of Henrietta Lacks, an international bestseller, and an HBO series based on the book. A small planet in the asteroid belt is named after her, as well as a high school in Washington. And now, she is the subject of The Mother of Modern Medicine by Kadir Nelson, a portrait unveiled in the Smithsonian on May 15th near one of its main entrances.

Kadir Nelson is an American artist and illustrator. He was commissioned by HBO to create the portrait, which is full of symbolism. In the background of the painting, there appears to be patterned wallpaper, but if you look closely you will see that the pattern looks like cell cultures. Her dress also has a pattern inspired by cells and is missing several buttons that represent the cells taken from her. She holds a bible in front of the part of her body that the cells were taken from.

The portrait will be on view at the portrait gallery until early November. It is jointly owned by the National Portrait Gallery and the National Museum of African American History and Culture. 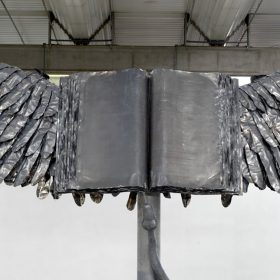 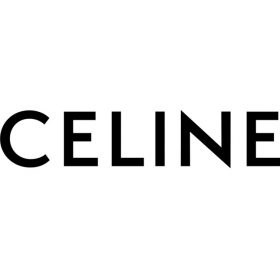 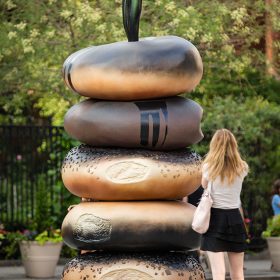 Everything by Hanna Liden