Nick Cave and The Let Go

Image ©  Nick Knight Last week at the Park Ave Armory, visitors came together around a peculiar mass hanging from its ceiling. Gathered around, they danced in their flamboyant costumes and captured their collaborative performance with the Artist Nick Cave’s piece, “The Let Go.” This “dance party” – which Cave called part …

Last week at the Park Ave Armory, visitors came together around a peculiar mass hanging from its ceiling. Gathered around, they danced in their flamboyant costumes and captured their collaborative performance with the Artist Nick Cave’s piece, “The Let Go.” This “dance party” – which Cave called part performance and installation– wasn’t just meant to let New Yorkers put down their hair, it was meant to give them space to openly speak their minds. Within the Park Armory’s classic hall, a multi-colored, 100-ft mylar sculpture “glided” through the floor. To say it was the ultimate town hall meeting is an understatement.

Regardless of whether this part installation, part performance piece made sense to you, it came at a perfect time for all walks of life to be free. A full line-up of DJs, dancers, and musicians, like Jorell Williams, gathered for the occasion. Dancers involved with the exhibit performed choreography developed by Cave, who trained with Alvin Alley, and dancer and choreographer Francesca Harper celebrating the act of “determination.”

This exhibit was everything you would expect from the talented Nick Cave. Color, music, and dance were juxtaposed together to create an experience like no other. You can check out more of this awesome exhibit on Park Ave Armory’s Instagram.

Want to be a part of the action? Luckily, the party isn’t over yet. “The Let Go: Freedom Ball,” will take place tomorrow, June 14th. Tickets can be purchased on their website.

Where did #NickCave get the idea for the first Soundsuit? #PAALetGo curator #TomEccles explains, “The first Soundsuit was created in response to the brutal beating of the unarmed Rodney King by officers of the Los Angeles Police Department in 1991. The suit was made of sticks, twigs, and debris gathered from the streets creating a rustling body armor that erases ‘gender, race, and class.'” Composed of colorfully overloaded sweaters, beads, buttons, raffia, toys, synythetic human hair, pipe cleaners and a panoply of found materials, Cave’s Soundsuits form an alternate universe of magical characters—a twenty-first century incarnation of shaman-like figures that recall both indigenous and African ceremonial costumes. “This resemblance is important,” Eccles explains, “for in their animation through dance, Cave aims to evoke, if not actually create, a moment of almost religious significance, a moment of transfiguration.” (?: James Ewing)

Photo Contest: Share the Movement! Tag photos and videos of your “The Let Go” experience with the hashtag #PAALetGo for a chance to be featured on the Armory’s Instagram, Twitter, and Tumblr. Each Tuesday beginning June 12, we’ll share a roundup of the most creative and expressive posts from the previous week. On Thursday, July 5, one grand prize winner will be selected from the group of weekly winners to receive two free tickets to #WilliamKentridge’s processional musical journey, “The Head and The Load,” making its North American premiere at the Armory this December! For a complete list of rules visit armoryonpark.org/photocontest (?: James Ewing) 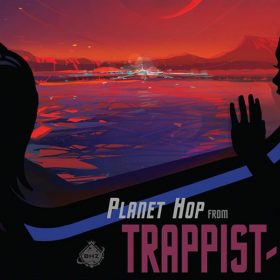 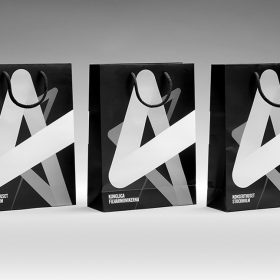 The Visuals of Sound

Answers to Every Question You’ve Ever Had About Your Life