Art of the Posthumous Music Video

Three months after the fatal shooting of rapper XXXTentacion, a new music video for his song Moonlight has been released posthumously via YouTube. The music video is written and creatively directed by the rapper himself, and directed by James Pereira “JMP,” who worked previously with XXXTentacion on several other videos. …

Three months after the fatal shooting of rapper XXXTentacion, a new music video for his song Moonlight has been released posthumously via YouTube. The music video is written and creatively directed by the rapper himself, and directed by James Pereira “JMP,” who worked previously with XXXTentacion on several other videos.

All of this has me thinking: what needs to be done differently to direct a posthumous video? How do you properly memorialize someone with their own work? And especially with XXXTentaction, how do we come to terms with such a controversial life and career through art?

The video depicts XXXTentacion walking around an outdoor party alone, headphones over his ears and smile on his face. He doesn’t really join in: he’s a passive observer in his own headspace, detached from everyone else, but he seems okay with it. It feels eerie, nostalgic, dreamy, and peaceful.

It’s hard to tell how much of XXXTentacion’s original creative direction was preserved when director JMP put the final video together. Nevertheless, it’s safe to assume that not much changed, especially because the video was shot about three months before his death.

Director JMP does a good job of making XXXTentacion look alone: in many shots, he’s in the center, constantly moving forward instead of stopping to talk. There are panning shots of the surrounding people that XXXTentacion look at, and almost everything is slow motion as if time itself has been slowed.

In one hand, XXXTentacion is lonely, but he’s also peaceful and okay. Moonlight somewhat builds off of XXXTentacion’s previous music video for another song of his, SAD!. In that music video, released shortly after his death, XXXTentacion is seen attending his own funeral, and then fighting a past, more evil version of himself.

It’s important to acknowledge that XXXTentacion had a history of domestic abuse, which led to multiple arrests. He had severe flaws and a past of violence, but this is not the XXXTentacion shown in the videos. In SAD!, he is trying hard to move on with his life, better himself, and fight off his past tendencies.

This comes full circle in the music video for Moonlight– with these two videos both creatively directed by XXXTentacion himself, this is his attempt to craft his own story, through the medium of film, about how he has been trying to change his ways. Now that he’s dead, these stories are also a memorialization of himself.

All this makes sense in Moonlight when XXXTentacion is smiling and peaceful– although he’s still lonely and in a dark place, he’s improved and he is somewhat happier with who he is. At the end of the music video, there’s a tribute:

In the end, Moonlight, as a thematic continuation of SAD!, is XXXTentacion’s visual telling of his own story. The shift in mood with Moonlight shows his newer mentality that things are fundamentally okay, and things will always be okay. Many of his fans tuned into his music and grew with him over the several years that he was popular, and despite his violent past, he is undoubtedly influential. As he fought his past ways and aspired to become a new, better person, through these music videos he also pushes his listeners to follow the same aspirations. These videos are made to immortalize not the person he was in the past, but the person he wanted to be. 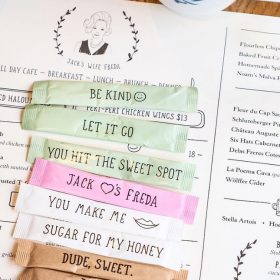 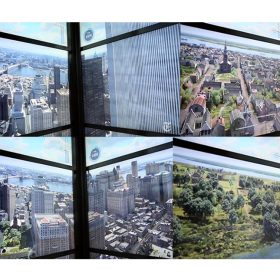 500 Years of NYC Skyline, In One Time-Lapse Elevator Ride 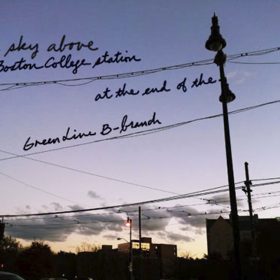 Looking Back at Thanksgiving