Ghost vibrations. Cranked down gargoyle necks. The urge to pull your phone out when nothing else is going on around you. Look around. Everyone is doing it. What’s so wrong with checking your smartphone? Nothing at all in fact, unless it’s every 5 minutes. On average, Americans check their smartphones … 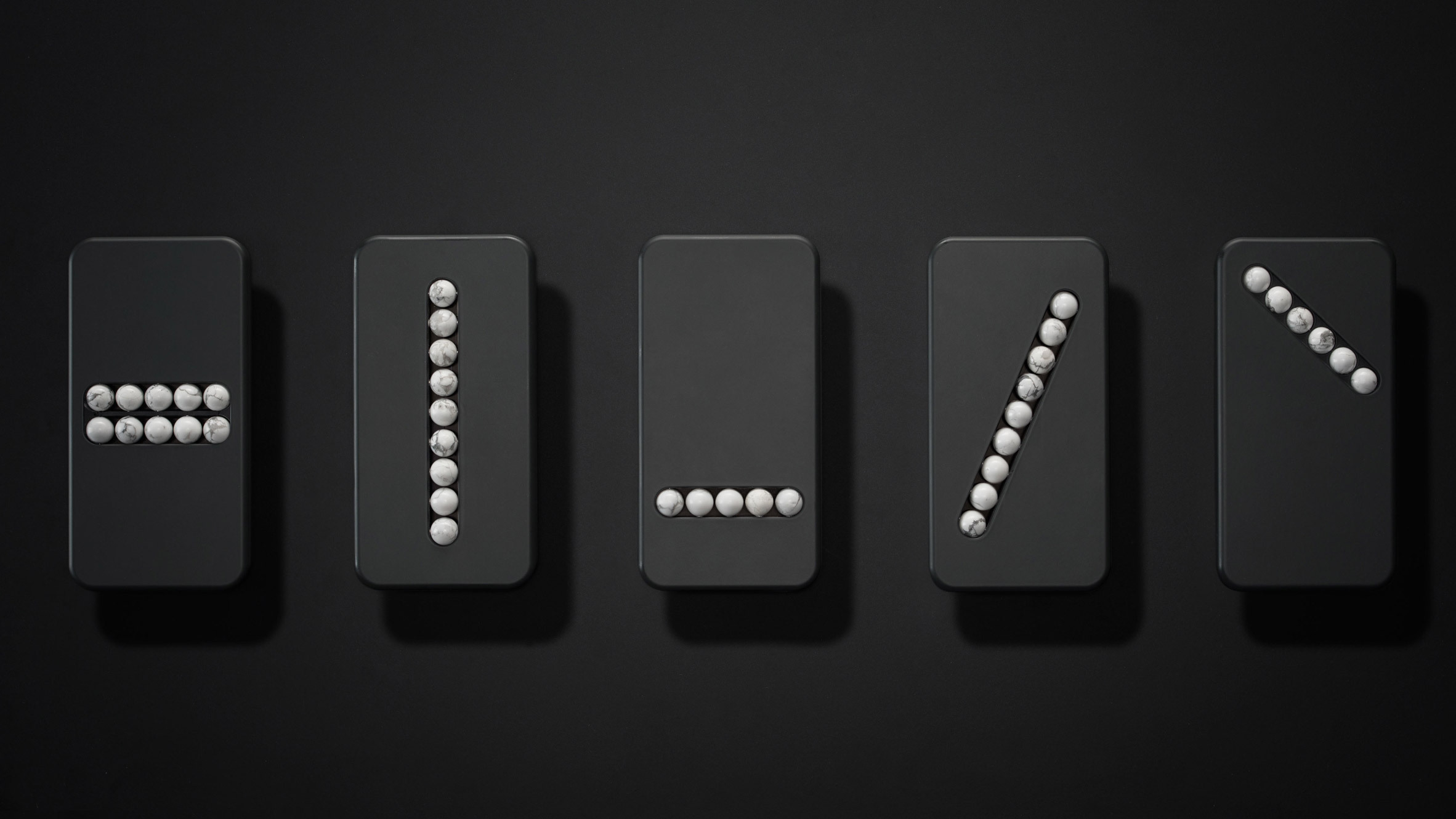 Ghost vibrations. Cranked down gargoyle necks. The urge to pull your phone out when nothing else is going on around you. Look around. Everyone is doing it. What’s so wrong with checking your smartphone? Nothing at all in fact, unless it’s every 5 minutes. On average, Americans check their smartphones 80 times a day. Millennials, which make up the largest age demographic in the United States, (projected 73 million by the end of 2019) double the amount of phone unlocks a day averaging at 150. This is easily recognizable as addictive behavior, even on the lower spectrum of phone-checks, but it is speculated that the most addicted tend to never let go of their phone or swipe to unlock over 300 times a day on average.

Such a problem has its combatants and conformists. Many of us turn a blind eye to our smartphone habits and have written the usage off as a normal way of living. The technological advancements that have occurred in the past two decades have not brought any known harm to our physicality yet due to lack of research. We are guinea pigs of sorts when it comes to the use of smartphones and wearable technology. On the other hand, the influence on our social behavior is obvious. By connecting us more than ever, we are simultaneously driven further apart. Austrian Designer Klemens Schillinger addressed a solution to the problem with smartphones in his exhibition, #Offline – Design for the (Good Old) Real World, which took place at Vienna Design Week 2017. 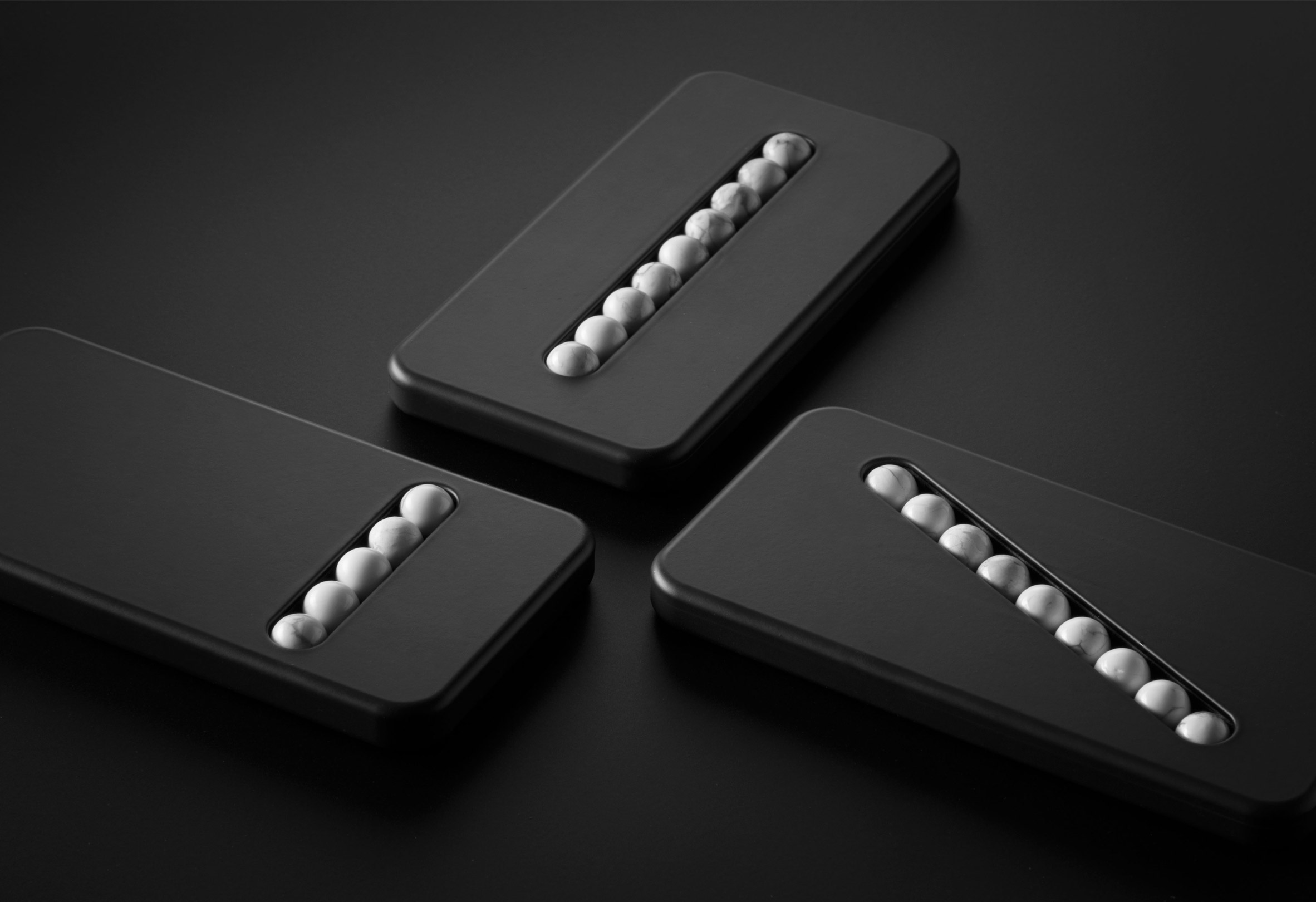 One of the highlighted pieces from his show was the Substitute Phone, an iPhone- shaped invention combining synthetic material, aluminum, and stone beads. The objective of the Substitute Phone is to help smartphone addicts deal with withdrawal symptoms in a healthy manner. Coming in four different styles, the beads are arranged to mimic the swiping motions of unlocking, scrolling left-to-right, up-and-down, and zooming of the phone screen. 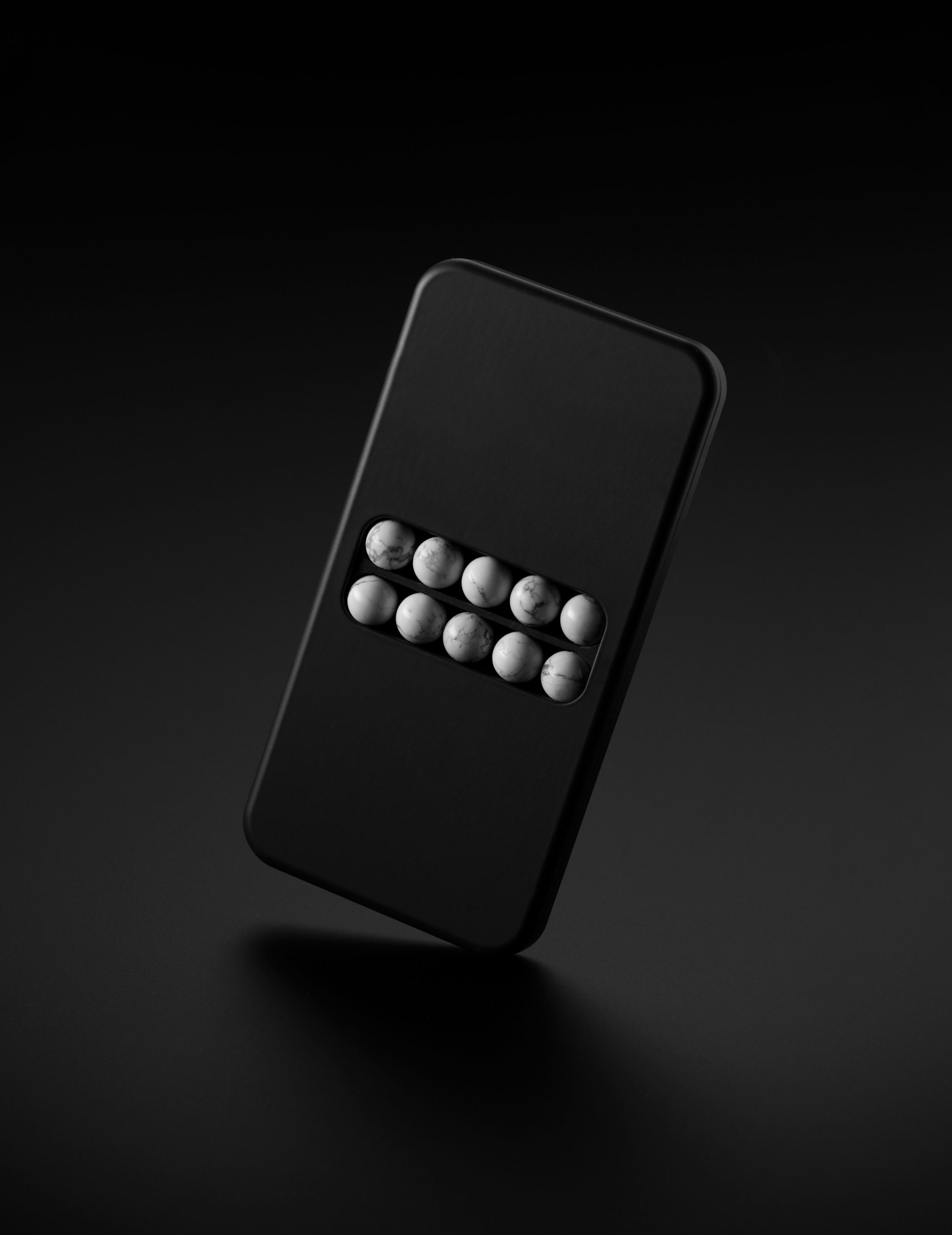 “Some of these finger movements – like zooming in, moving up and down – were born with the smartphone”, the designer states. “The Substitute Phones allow these movements to be felt by scrolling on the marbles that are integrated into the case, something which is a clear differentiation from fidget spinners or fidget cubes.” 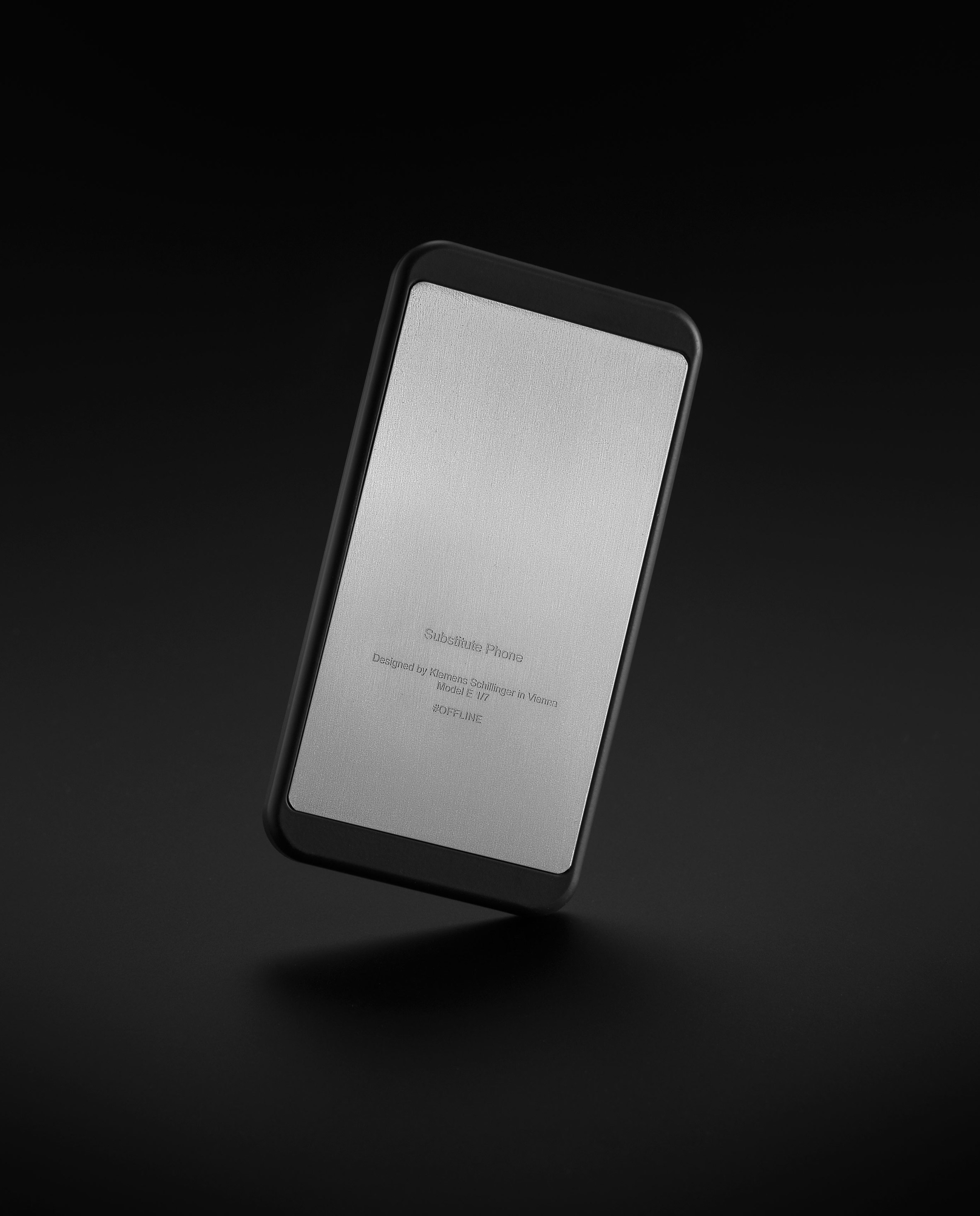 The Substitute Phone is a one of a kind invention, mimicking the touch, weight, and size of an iPhone. Which raises the question of just how attached are we to our smartphones? The product’s design oozes with style, and its function is of pure intent. But does it take such a product to aid a rising epidemic? Or is it discipline that we are lacking to put the ax to such time-wasting habits? Regardless of the debate, this is a step in the right direction I believe. To get a closer look at the Substitute Phone tune into Netflix’s new series, “The Fix” episode 1 to decide for yourself. 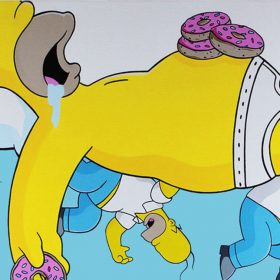 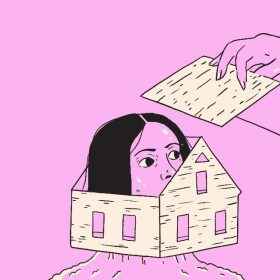 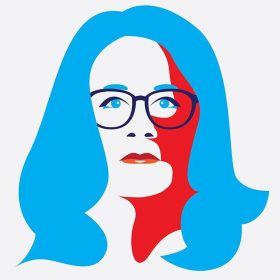 I Believe Her. 50 Artists Respond to ‘The Hearing’