Some of the many ways the railroad was rendered When I was a preschooler, I lived in “El Zapote,” a small farm in the Álamos Municipality in the Mexican state of Sonora, in northwestern Mexico. My family owned the general store. In there, you could find almost anything: canned goods, …

When I was a preschooler, I lived in “El Zapote,” a small farm in the Álamos Municipality in the Mexican state of Sonora, in northwestern Mexico. My family owned the general store. In there, you could find almost anything: canned goods, fruit, candy, grains, sugar, coffee, gasoline (yes, gasoline!), chips, matches, and more. It was there, while ‘helping’ mom run the store, where I, subconsciously, experienced graphic design via the colorful packaging I saw around me.

One of the best seller items in the entire store, because its affordable price and its wide need,—in a place where most people had to make fire to cock in their rustic kitchens—was matches. The most popular match book brand we sold was La Central, maybe because of its fresh designs and the newness offered by each collection. At the time, I didn’t realize the important role La Central played in disseminating art and culture to the masses—even to tiny farming areas that didn’t have electricity like “El Zapote.” For instance, they had a collection named “Clásicos de la Pintura” (Classic Paintings) that presented classic art masterpieces. One side of the match-box displayed the brand and the product information while the other side presented a lithographic print of some of the most famous artists in the world including, Michelangelo, Dürer, Picasso, Goya, Rembrandt, Renoir, Tiziano, and many more, a total of 250.

“Clásicos Mexicanos” (Mexican Classics) was part of their deluxe collection. This series celebrated the beauty of the Mexican landscape through the sublime work of Jorge Cázares Campos; there were 100 pieces in the collection.

I was too young to appreciate the sophistication of the art collections so what grabbed me the most was the ones featuring fancy typography, bright illustrations, and pop culture imagery. I was mesmerized by the interplay of all graphic elements in the small-size compositions. Little did I know that these lively images would influence my future style as a graphic designer.

La Central was founded in 1885 by the brothers León and Manuel Mendizábal along with the also brothers José and Pedro de Prida in Veracruz, the Mexican port city on the Gulf of Mexico. The factory was located near the railroad’s Central Station which gave it the nickname of La Central. The image of the railroad, which later became its most recognizable brand element, first appeared in 1902.

By 1940 La Central could be found in almost every Mexican home. At this point, the company must have recognized the impact this little box of matches could have beyond packaging the product so they turned it into a small ambulant billboard to deliver culture and entertainment. 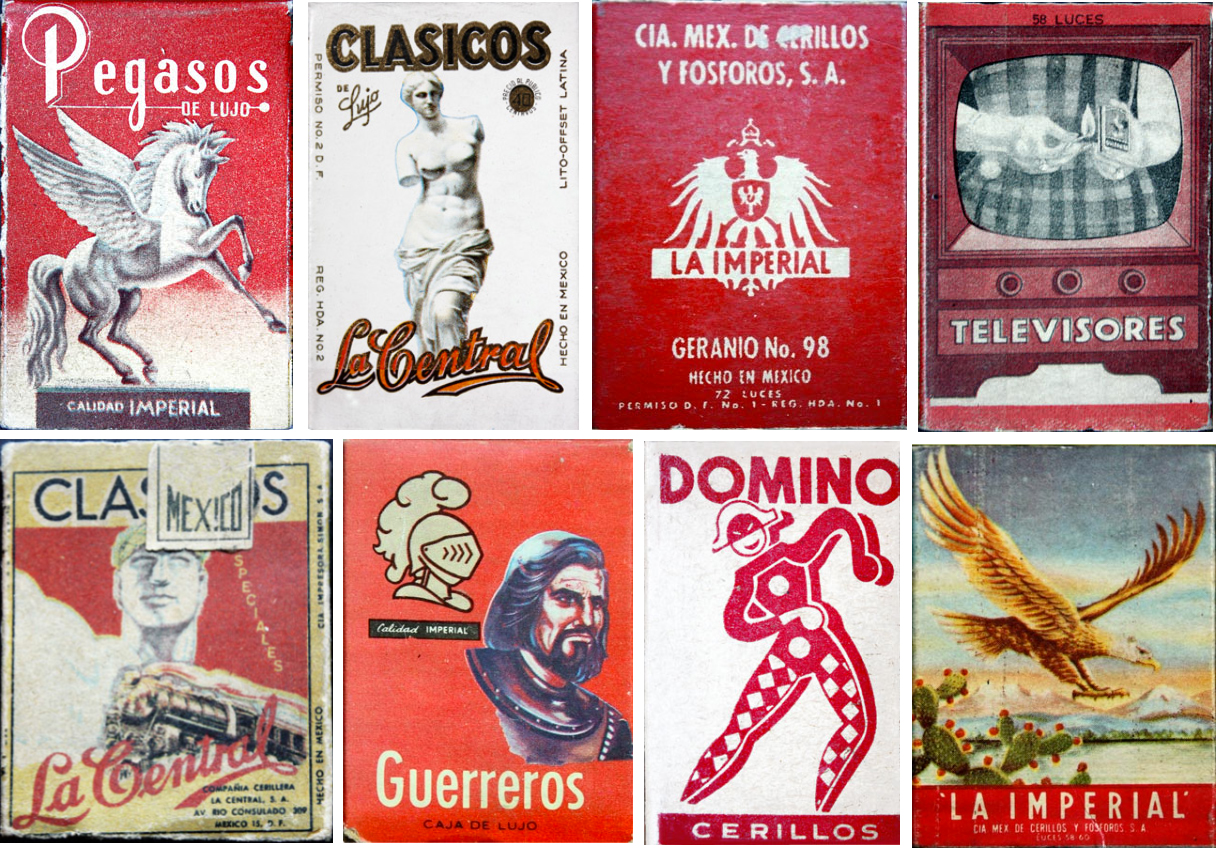 This post is dedicated to all the graphic designers, typographers, printers, executives, lithographers, and artists who were part of this remarkable vision. You have had a positive influence on many generations of not only designers and artists but, also, on the millions of Mexicans—even the ones who lived in remote rural areas like “El Zapote”—whose life became richer by being exposed to the art, culture, and entertainment you gave us. Thank you! 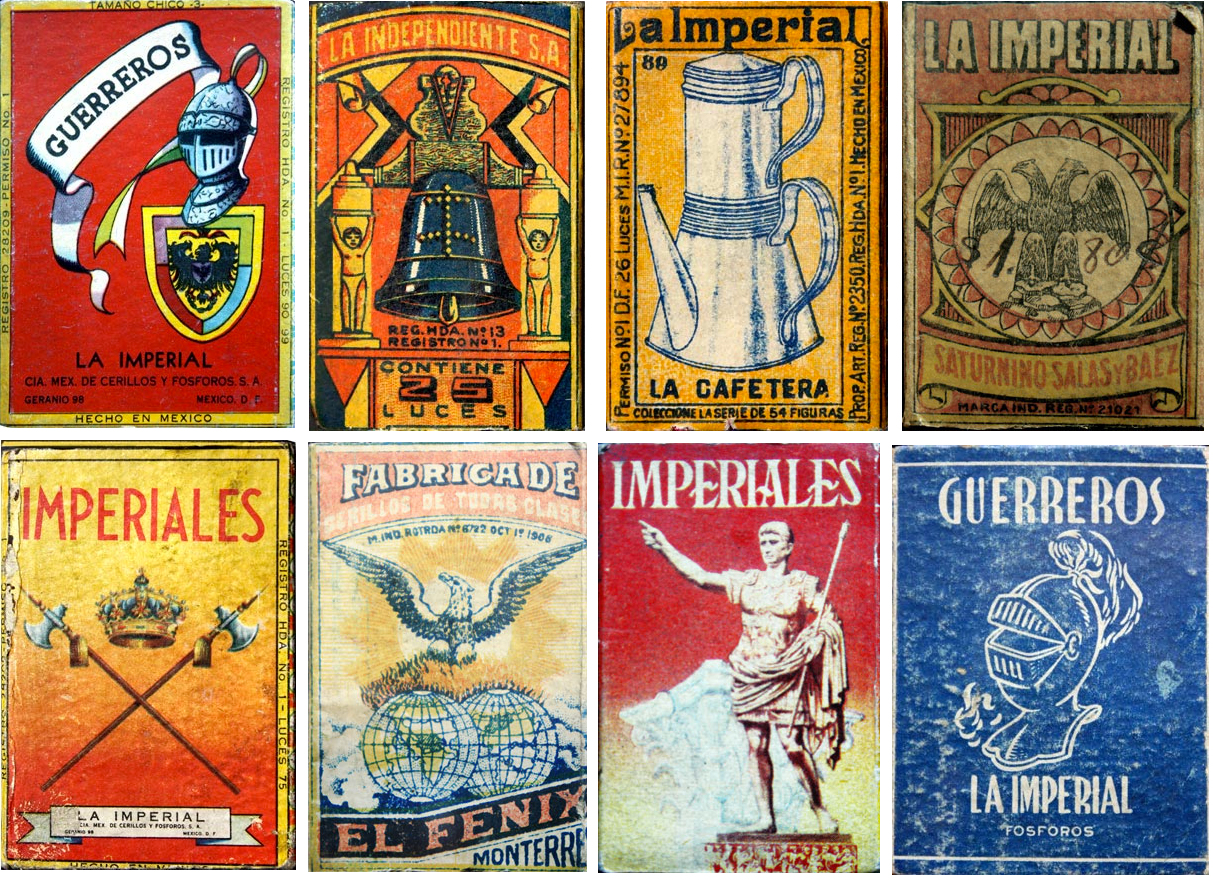 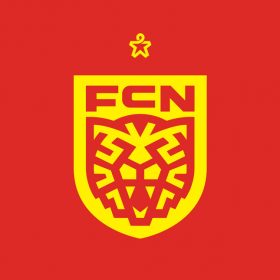 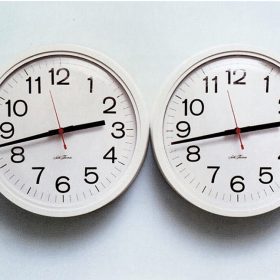 Love Poems from an Artist