Which Film Should Win the Oscar for Best Poster Design?

A few years back I wrote a post about the poster designs of the Academy Award nominated films of that year. Being a film fanatic, this year again, I’d like to give an Oscar to the best poster design. There are 9 very strong films this time but…is the design … 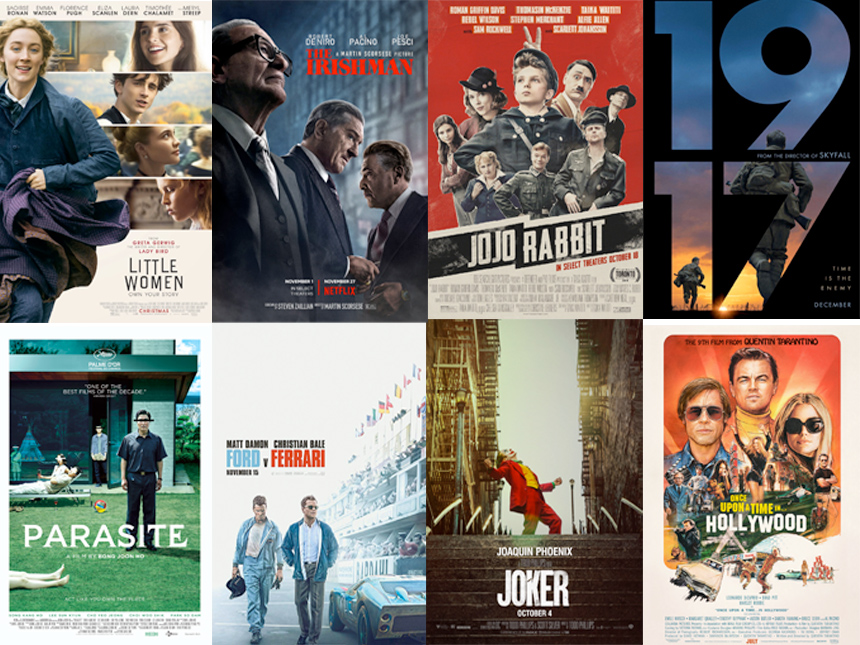 A few years back I wrote a post about the poster designs of the Academy Award nominated films of that year. Being a film fanatic, this year again, I’d like to give an Oscar to the best poster design. There are 9 very strong films this time but…is the design of the poster as strong as the films?

8th place: Marriage Story and Little Woman
Both of these posters are boring, expected, and formulaic. Their imagery and composition are bland, predictable; Little Women uses the cliché collage technique of as many photographs as possible—which at the end visually cancel each outer out. On the other hand, the melodramatic film Marriage Story shows a single photograph of the main stars reminiscent of a stock photo, no creative risks there! The directors, Greta Gerwig and Noah Baumbach, have made two good films and two bad film posters. Coincidently, the two directors are romantic partners so it makes me wonder if they influenced each other in the aesthetic decisions.

7th place: Ford vs Ferrari
This poster presents an illustration, which can be very powerful when done right, yet the composition, color palette, typography, and everything else are just too passive. There is no excitement whatsoever. It didn’t make me want to see the film.

6th place: The Irishman
What works well in this poster is the overall mood since there is an air of mystery. The color palette matches the attitude of the three characters. The Irishman is an epic film so I wanted to see an epic poster like Francis Ford Coppola’s The Godfather, but instead, the Martin Scorsese’s mafia film is a very expected ‘Hollywood-ish’ poster. The overall message is a sluggish one, maybe subliminally it’s telling us, “this film is too long,” I mean, it took me three attempts to get through it. How was your Irishman experience?

5th place: Parasite
The image for the most-talked-about movie of the year is very intriguing. It makes me wonder, what the heck is going on here? Why are these people’s eyes crossed with a black bar? Every visual cue tells me that I’m in for a bizarre experience. The acid green color and strange arrangement of the characters is alluring. How could this poster have been better? I’d push the weirdness even more to make a bolder and more visceral visual statement.

4th place: Jojo Rabbit
This film is a dark coming-of-age comedy about Nazis. The subject is daring so, in turn, the poster is crude and in-your-face. The color palette is obviously based on the colors of Nazi propaganda making the poster visually arresting. There is a DIY quality to the collage of the central image that somehow works, a kind of absurd propaganda.

3rd place: 1917
Sam Mendes’ film about the horrific brutality of World War I is considered by many as one of the best films of 2019. I appreciate the minimal approach to the poster design. It’s simple yet powerful. The bold title, 1917, serves as a window subtle enough to pick our curiosity. The colors are ominous—something tragic is about to happen—going from a cloudy menacing blue to a dangerous sunset orange. The theme and events portrayed in this film lend themselves for a busy composition full of explosions, dead soldiers, and heavy artillery. I’m glad they took the high road and gave us something tasteful, respectful, and captivating.

2nd Place: Once Upon a Time in…Hollywood
This is perhaps my favorite film of the year and its poster doesn’t disappoint. Like most studio films, this poster brings the stars to the front but it does it the right way and in the appropriate style. The film borrows the aesthetics from posters released by the big studios in the late 60s/early 70s. Quentin Tarantino’s film is set in that period. This is a film that celebrates, and makes fun of, a long gone Hollywood. Every decision is consistent from the title, “Once Upon a Time in…Hollywood,” to the set and costume design to the promotional poster. Well-done Quentin!

1st Place: Joker
I don’t know if it’s my love for The Bronx or the fact that this is a very strong image but Joker takes the Oscar home this year as the best film poster. In this gritty composition, every way you look at it, your eye goes directly to the center figure. Dressed in bright red over a rusty brown background, the haunting image of the Joker stays with you. Is he in pain or ecstasy? Is he mourning or celebrating? There are more questions than answers and that is what good art and design should do, have an interesting conversation with the viewer. A good piece of design doesn’t give you all the answers, it incites dialog; it turns you into an active participant. 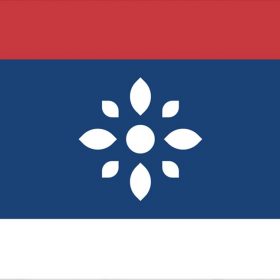 Visual Identity Concept for the Republic of Serbia 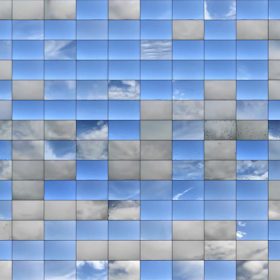 A Movable Visual Feast, Courtesy of the Sky 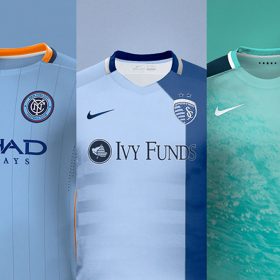