Image ©Netflix I moved to Los Angeles when I was barely 20 years old. Fresh out of Mexico, hungry for the world, I wanted to devour everything LA. Of course, at that age, the most interesting thing for an aspiring artist was the flashy Hollywood life, or so I thought. …

I moved to Los Angeles when I was barely 20 years old. Fresh out of Mexico, hungry for the world, I wanted to devour everything LA. Of course, at that age, the most interesting thing for an aspiring artist was the flashy Hollywood life, or so I thought. I did what every other visitor first do in the City of Angels; The Hollywood walk of fame, the celebrity tours, the trip to the Hollywood sign, Malibu, Santa Monica and Venice Beach, Sunset Boulevard, Universal Studios, Disneyland, and so on. Once the Hollywood mirage vanished, I yearned for something more, something deeper, something real. In retrospective, in a city where the vast majority are Mexicans and Mexican-Americans, I was looking for something that not only would reflect the demographics but also would speak directly to me. That’s when I discovered the Chicano side of the city that is the unique East LA vibe, the striking large murals that reminded me of the great Mexican muralists, and the vivid expressions of art via graffiti, tattoos, and fashion. I must confess that when I drove my beat-up white GMC Sierra pick up truck through East LA I acted more like a curious skittish cat. I was mesmerized by all of this, but I was afraid to mix myself up with that crowd—I was too vanilla for all of that.

This past weekend I watched the Netflix documentary LA Originals. It took me inside the face of LA culture that I only witnessed from a distance. LA Originals was directed by Chicano artist Estevan Oriol who went through his incredible footage collected over 25 years. It features commentary from countless celebrities including Kobe Bryant, Eminem, Michelle Rodriguez, Snoop Dog, Danny Trejo, and 50 Cent to name a few.

The main character, besides Estevan himself, is Mark Machado, a tattoo artist to the stars who goes by the name of Mr. Cartoon. It is inspiring to see how these self-made artists made it by being true to themselves. By doing their ‘thing,’ they found success while becoming influential figures in the West Coast hip-hop scene starting in the late 1980s and early 1990s. Their work encompassed, and mixed-and-matched, everything from the commercial mainstream to Chicano art traditions to serving as documentarians of the violence, poverty and drug addiction in Downtown LA way before the gentrification.

In a time of uncertainty like the one we are living in right now, this is a perfect time to watch this film. When many of us are examining our lives, LA Originals serves as a reminder that what really matters could be just being true to who we are.

Check out the trailer – coming this week on @netflix April 10,2020 Documentary about @EstevanOriol and @misterctoons journey in life for the past 25 Years directed by #EstevanOriol !!! ••• I had a lowrider before I had camera . I started shooting photos of us Lowriding and while tour managing with House of Pain and @cypresshill in the early 90’s. Shortly after that I started to film everything. Cartoon drawing, airbrushing lowriders, Graffiti and the beginning of his tattoo career. All while doing my shoots, Lowriding, music videos, and touring the world with the Bands. Thank you to everyone that’s in and worked on the film. We need all our peeps to represent • Tattooers • Photographers • Rappers • DJs • Lowriders • Artists • Actors • Models • Los Angelenos @souLAssassins @laoriginalsfilm @sebastianortega1 @bebaskid @marcovlbc #weLoveOurCity #madeInLA #ThisIsLosAngeles #MisterCartoon #EstevanOriol #netflix #undergroundproducciones #LAoriginals #losangelesphotographer #blackandgreytattoo #blackandwhitephotography #35mmfilm #souLAssassins #JokerBrand #streewear #90s #hiphop #lowriders #chicano #tattoos

Well… here we go, the Doc is finally here, thank you all for patiently waiting. 25 years of me and @misterctoons life, we’ve been thru it all. It’s been a long journey, we met in 92’ at a Hollywood Athletic club for a Penthouse Players record release party thru a mutual homie Donnie Charles, Rest In Peace. The rest is history as they say. It will be on next Friday April 10th 2020. Special thanks to @sebastianortega1 , @bebaskid , @marcovlbc , @franciscopugliese, @netflix Everyone at Underground Productions and on our side that helped with film and everyone in the movie, we tried to fit everything and everybody in it but we had to cut from 10 hours to 90 minutes. Directed by Estevan Oriol @laoriginalsfilm #LAoriginals @soul.assassins #souLAssassins #EstevanOriol #misterCartoon #ThisIsLosAngeles #LAoriginalsfilm #blackandwhitephotography #blackandgreytattoo #lowriding #tattoos #hiphop #netflix #snoopdogg #xzibit

April 10th on @Netflix its finally here “LA Originals” the documentary of the homie @estevanoriol and I #MisterCartoon journey of Lowriding,Tattoos,photography and Hip Hop! This movie shines a light on Chicano art and our friendship of over 25 yrs .I met E at a record release party for #EazyE group #PenthousePlayers,we had a mutual friend named “Donnie Charles” RIP who I met at #HomiesHydraulics in 1990,He introduced me to E and we been friends ever sense.Estevan was friends with #HouseofPain & #CypressHill,who made a huge impact on our careers,those times were insane glad we survived..we had no idea what we were making we just did it for the love! It has not been easy,we have fucked up a gang of times in biz and made great decisions also,,buried some homies and had our own kids ..main thing we never gave up!We would need a 5 part series to show all our experiences,friends and short comings,Theres no short cuts,Hard work,Passion and timing,We are no better than anyone,this is a short peek into our Life…there are so many talented black and grey artists right now,a lot has hanged over these years(shout to all the fellaz i’m behind those bars that are crazy talented but will never see day light) ,,,proud to be a member in the Cause, we still have ways to go,many people will be finding about Us and our #Cultura for the first time and that is a good thing(I think,ha) So if your a artist or supporter of the arts..this one is for you! in these hard times,We will now have to think out the box and support each other! thank you to everyone that worked on this Doc,Love & Repect #MisterCartoon @estevanoriol @sebastianortega1 @hunterjnr @bebaskid @marcovlbc @franciscopugliese and everyone in the film that helped tell this story! thanks baby @soulsundaes for your love & support thru this ..€ToOn$ #chicanoarte #tattoo @laoriginalsfilm @pegasusla #soulassassins #cypresshill

“LA Originals” is on #Netflix now..It’s about Tattoos,Lowriders,And Hip Hop Culture.Shot from the inside out ! my long time road dawg @estevanoriol directed and documented our journey in life and captured a time in life when Chicano Tattoos collided with Hip Hop! #MisterCartoon this is footage I shot in the studio with our boi from SD 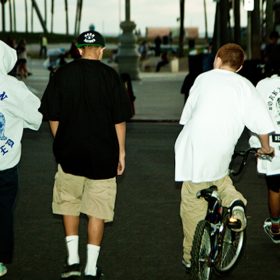 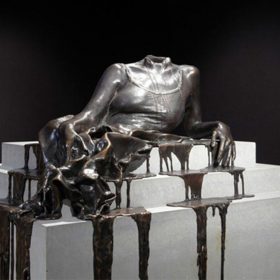