The Design of the Year: Black Lives Matter Mural

image credit: Apple Maps A few days ago, bold, giant bright-yellow sans serif fonts begun popping up everywhere I look in social media. Ubiquitous and beautiful, like New York daffodils in the spring, the words BLACK LIVES MATTER looked as if it sprouted out of the pavement. The giant letters …

A few days ago, bold, giant bright-yellow sans serif fonts begun popping up everywhere I look in social media. Ubiquitous and beautiful, like New York daffodils in the spring, the words BLACK LIVES MATTER looked as if it sprouted out of the pavement. The giant letters run as long as an entire city block. As a piece of art and design, I cannot think of anything more powerful that expresses the world’s sentiment of today.

The BLACK LIVES MATTER mural is powerful in many levels. First, its location, the stretch of Sixteenth Street that as one gazes south the letters merge toward the horizon, guiding one’s eye towards the white house as if directly pointing to the root of the racial problem in this country: the government’s policies and institutions that have been perpetuating systematic racism since the beginning of time. Second, its design, which is very civic, poetic, and simple that unabashedly shouts the basic human right to live. Third, its defiance, the mural marks the territory of D.C. mayor Muriel Bowser has clashed with Donald Trump. The conflict has only intensified after last week’s incident when Trump used tear gas to clear peaceful protesters from Lafayette Square for the sake of a photo op at St. John’s Church.

How did this happen so quickly? The creative director was D.C. mayor Muriel Bowser herself. On Wednesday, June 3, mayor Bowser asked her staff to think of ideas to reassure protesters that the space would be safe in light of major upcoming protests planned for the weekend. First, Ms. Bowser named a section of 16th Street in front of the White House as Black Lives Matter Plaza. Then, in order to tell the world of the new name, it only made sense to paint the mural directly on the street. As per her direction the Department of Public Works assembled a group of eight local artists involved with its Murals D.C. project who collectively proposed to set “Black Lives Matter” in a bold sans-serif font. Finally, last Friday at around 3:30 AM, they began painting the letters using bright-yellow road paint, the kind used for street centerlines.

Public art belongs to the public more than the author, the BLACK LIVES MATTER mural is immersive and overwhelming, one can only read the entire phrase from afar. Pedestrians at street level don’t really see the full phrase at once. In a way, the mural is an interesting metaphor for racism that is immersive and overwhelming. One doesn’t fully see it because is so pervasive and has accommodated itself in almost every corner of our lives yet if you make an effort to look at the whole picture, the message is clear. BLACK LIVES MATTER and we must make sure that we honor just that, BLACK LIVES MATTER.

To me, the BLACK LIVES MATTER mural has already won the design of the year prize.

#blacklivesmatter mural in Washington DC has been added to google maps ?? Last photo is day 12 of protests outside the White House ????????

DC Stand Up! ?? ?? ?? ? I can't help but feel proud at this bold move by DC Mayor Muriel Bowser. Double proud that she is black and a woman. We need representation like her to influence the generation behind her. ? This mural of Black Lives Matter and naming that part of 16th st. Black Lives Matter Plaza sends a constant message and reminder to all who travel towards the White House. ? ? Can we give this Queen @murielbowser a round of applause ?????? ? ? * I do not own the rights to the footage ? ? #blacklivesmatter #blackyogis #blm #wearetired #blacklivesmatter?????? #protectourblackmen #murielbowser #dcstandup #imsodc #staystrong #stayfocused #staystrong #Blacklivesmattermural #blacklivesmatterplaza

I SEE YOU D.C. AND I LOVE YOU ?? #blacklivesmatter 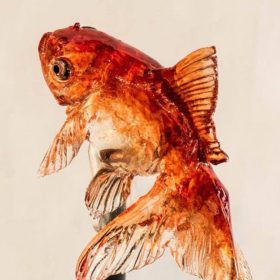 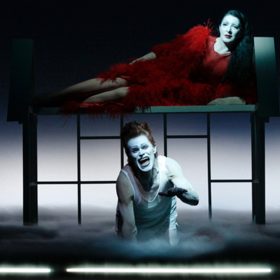 The Life and Death of Marina Abramovi? 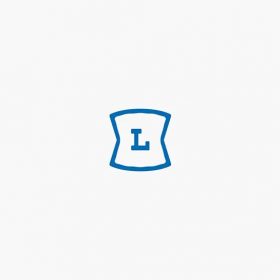