Mukund Kelkar : The Spontaneous Journey of an Indian Artist

“Monsoon” By Mukund Kelkar (Mix media on Canvas) “Play with the colors! Don’t be afraid, let them flow on the canvas!” He always told me to let go, and do what I did best as a kid – play around with his watercolors! Now that I’m studying design, I understand …

“Play with the colors! Don’t be afraid, let them flow on the canvas!” He always told me to let go, and do what I did best as a kid – play around with his watercolors! Now that I’m studying design, I understand the importance of that lesson, which didn’t seem like that big a deal back then! I’ve grown up, watching him come up with unimaginable textures on his canvas with so many different tools. He literally used anything from a toothbrush to a crumpled leaf to conjure up the textures on his artworks. I found him making a different artwork in a different style and an entirely different medium, every time I visited him.

Mukund Kelkar, was born on the 24th January 1944 in a small village in India called Tasgaon. He grew up in a very artistic atmosphere at home. His grandfather – Keshav Kelkar, used to paint on the walls of Hindu Temples, depicting the Indian gods and godesses and what not, while his father, used to paint the backdrops for Marathi (A Language in India) Plays and musicals! Coming from a family of artists who always made realistic artworks, It is really interesting how he diversified his style and didn’t ever stop experimenting. He studied Fine arts from Abhinav Kala Vidyalay in Pune (A city in India) and went on to become one of the most prominent artists in that region. His paintings were featured in the Bombay art Society, National arts Exhibition which was quite a big deal for an Indian modern artist, 40 years ago.

He became one of the prominent faces in the Mumbai and Pune artist’s circle. He also did a few experimental live shows where he Painted on canvas in front of a live audience while Pandit Jasraj, a legendary Indian classical vocalist performed on the same stage! He has exhibited his work at the Jehangir art Gallery in Mumbai and multiple other galleries across India in Cities like Delhi, Calcutta, Nashik and more. Being an avid educator, he took a lot of (currently) famous artists under his wing and guided them. A few prominent names are Sujata Bajaj, Anu Kulkarni, Shobha Patki and so on. He was the  Dean at the SNDT college of arts, Pune.

Mukund explored and excelled in various forms of art, from landscapes to Abstracts, he didn’t leave anything untouched. His Murals and pottery In fibreglass and clay was way ahead of its time. A series of his exhibits like “Speed 82” , “Monsoon” , ” shree Ganesha” were critically acclaimed and well received by the audiences. As an Artist, He did various international shows in Canada, England, Mauritius, France and so on.

This artist has left a few jewels behind, and I believe that anyone and everyone can learn a thing or two from his forms, compositions, the color palettes he has used, and just the sheer confidence embedded in his strokes. I believe that I am a student of his work, and I would say that I was extremely lucky, to have him as my Grandfather. At the End of this article, I am attaching a link to a small documentary made on him. It has been narrated in an Indian language with no Subtitles but It’s an Audio Visual treat and I would highly recommend it! 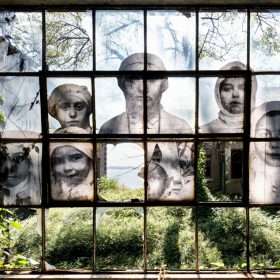 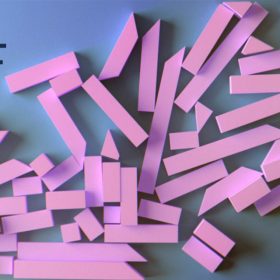 Channel 4, and Their Ambitious Rebranding 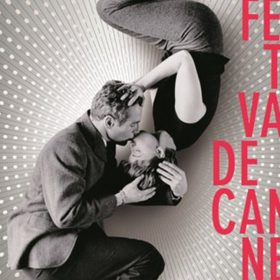