A massive technicolor ziggurat honoring queer and indigenous stories by artist Jeffrey Gibson is being unveiled today at Socrates Sculpture Park in Long Island City. Because Once You Enter My House It Becomes Our House pays tribute to the artistry and creativity of Indigenous North American peoples and cultures, to pre-Colombian Mississippian architecture, and to queer camp aesthetics.

The design inspiration for the multi-tiered structures came from the earthen architecture of the ancient metropolis of Cahokia, the largest and most influential urban settlement of the Mississippian culture; A culture that developed advanced societies across much of what is now the central and southeastern United States, beginning more than 1,000 years before European contact.

Jeffrey Gibson homage is a plywood structure adorned with a vibrant surface of wheat-pasted posters integrating geometric designs inspired by the Serpent Mound – the world’s most spectacular effigy mound – located in Ohio, another monument of the Mississippi Valley, alongside texts that operate as activist slogans.

Throughout the course of the installation, Gibson will curate Indigenous led performances to activate the structure.

You are invited to join the online celebration for Gibson’s monument unveiling on Instagram and Facebook. It’s free. RSVP here.

Jeffrey Gibson is a Mississippi Choctaw-Cherokee painters and sculptor based in Hudson, New York. He was born in Colorado and growing up he lived in Germany and Korea. He earned a BFA from the Art Institute of Chicago in 1995 and a MFA from the Royal College of Art. Gibson has received grants from the Joan Mitchell Foundation and the Smithsonian Institution among others. He received a MacArthur Fellowship in 2019.

Because Once You Enter My House It Becomes Our House will be on view at Socrates Sculpture Park through March 2021.

UPDATE: The Online Celebration for Jeffrey Gibson's (@jeffrune) Monument Unveiling has been rescheduled for Friday, July 24th at 6:30pm EST on Instagram and Facebook Live (event link in profile)! . This change is due to forecasted thunderstorms on the original date of Wednesday, July 22 AND the original rain date of Thursday, July 23… . So tune in FRIDAY evening to celebrate Gibson's technicolor monument, 'Because Once You Enter My House It Becomes Our House,' which honors queer and Indigenous histories. . The event, curated by Gibson, features a Native Land Acknowledgement by Indigenous Kinship Collective (@indigenouskinshipcollective) and a performance by acclaimed violinist Laura Ortman (@ortwoman). . ? @scoboco . . #SocratesSculpturePark #JeffreyGibson #BecauseOnceYouEnterMyHouseItBecomesOurHouse #MonumentsNow #IndigenousKinshipCollective #LauraOrtman 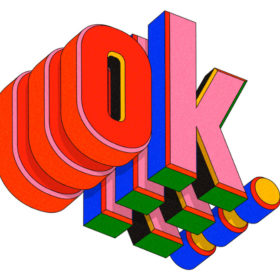 Ok, Sure, NYC, Lookout & Others Typographic Delights by Andrew Footit 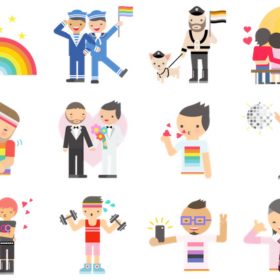 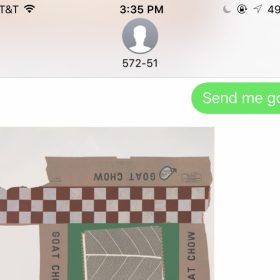 MFMOMA Will Text Its Art To You