It was the fall of 2004 when I met with Kathleen Culebro, the Artistic Director of Amphibian Stage, a daring independent theater company based in Fort Worth, TX. She had a vision to bring world-class theater productions to the Dallas/Fort Worth area. Staying true to her ethos, Kathleen, an acclaimed … 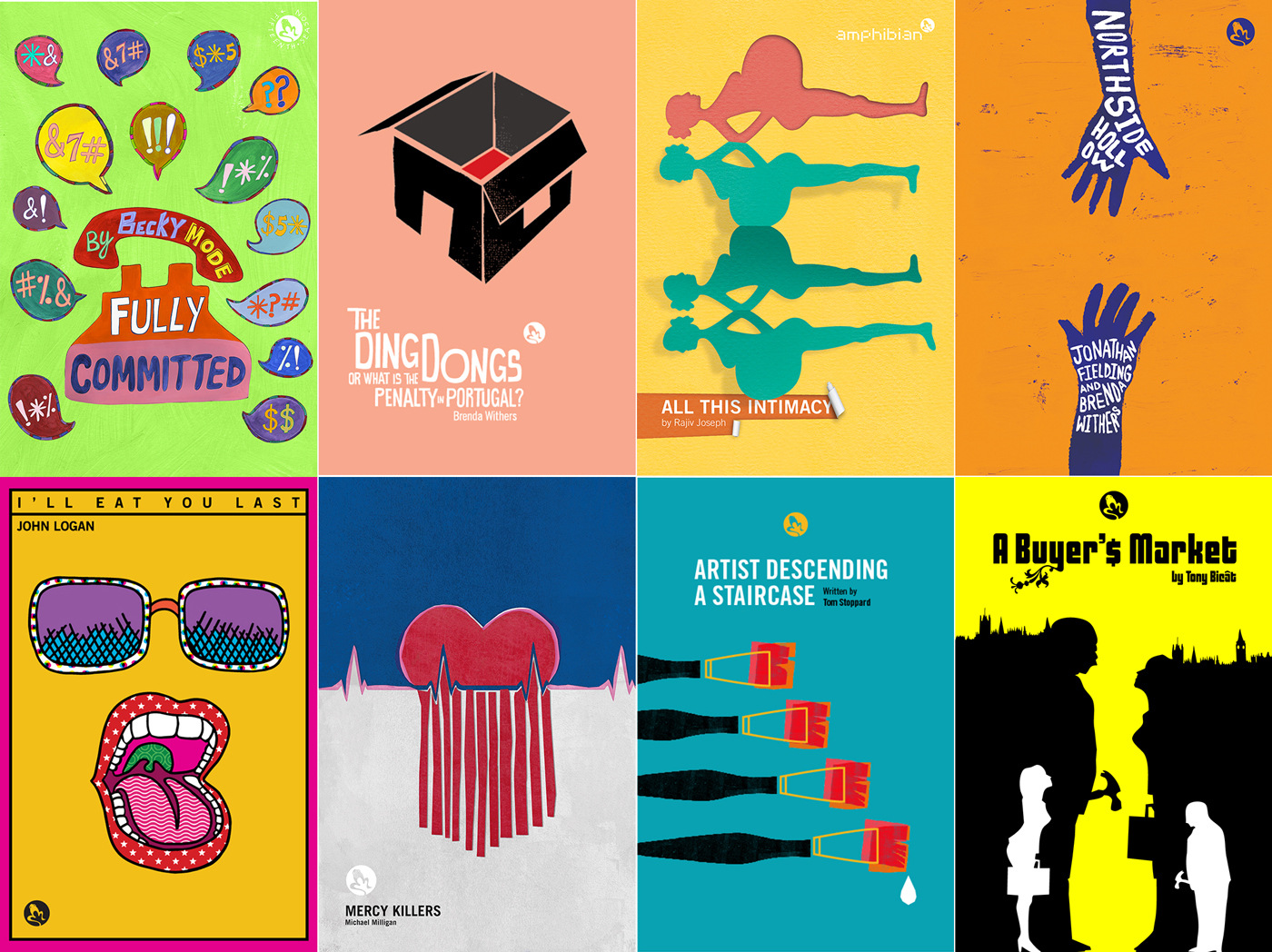 It was the fall of 2004 when I met with Kathleen Culebro, the Artistic Director of Amphibian Stage, a daring independent theater company based in Fort Worth, TX. She had a vision to bring world-class theater productions to the Dallas/Fort Worth area. Staying true to her ethos, Kathleen, an acclaimed playwright on her own right, was interested in producing plays that go beyond entertainment. She wanted to tell stories that matter, inspire, challenge, and incite conversations. For over 20 years she has stayed true to her vision introducing themes and characters that shine a light on important issues and big ideas. In sum, theater productions that truly make an impact. When we met in 2004, she needed a partner that understands the importance of good theater, a team player who will visualize her ideas using the power of graphic design. That marked a remarkable collaboration between Amphibian Stage and Alfalfa Studio – between theater and design.

It was their 5th season then. Over 100 productions later, we are on our 21st Season. We have been in a longtime and fruitful relationship. People often ask me, “How does a successful collaboration between theatre and design work?” It’s about listening, honesty, and creativity.

How does it work, what’s the process like? There are many important steps in the process of making a theater campaign. Every year, late summer/early fall, Alfalfa Studio receives the scripts to be produced in the upcoming season. Then, the design team reads the plays and brainstorm. We ask ourselves, what is the big idea? What does the author want to say with this play? How can we best present it to our audiences? Each designer shares their own perception of the play. After that, we go on to sketch ideas, at least 20 ideas per designer. With a well of over 100 ideas we all present, debate, defend, combine, before the elimination begins. We narrow them down until we have a dozen potential posters. Then, we continue refining – each designer takes the group’s feedback and continues working on his/her idea. Finally, we all present again and, together as a group, select five or so to present to Amphibian’s approval and feedback. Kathleen and her team in Texas select one and we create the final illustration. 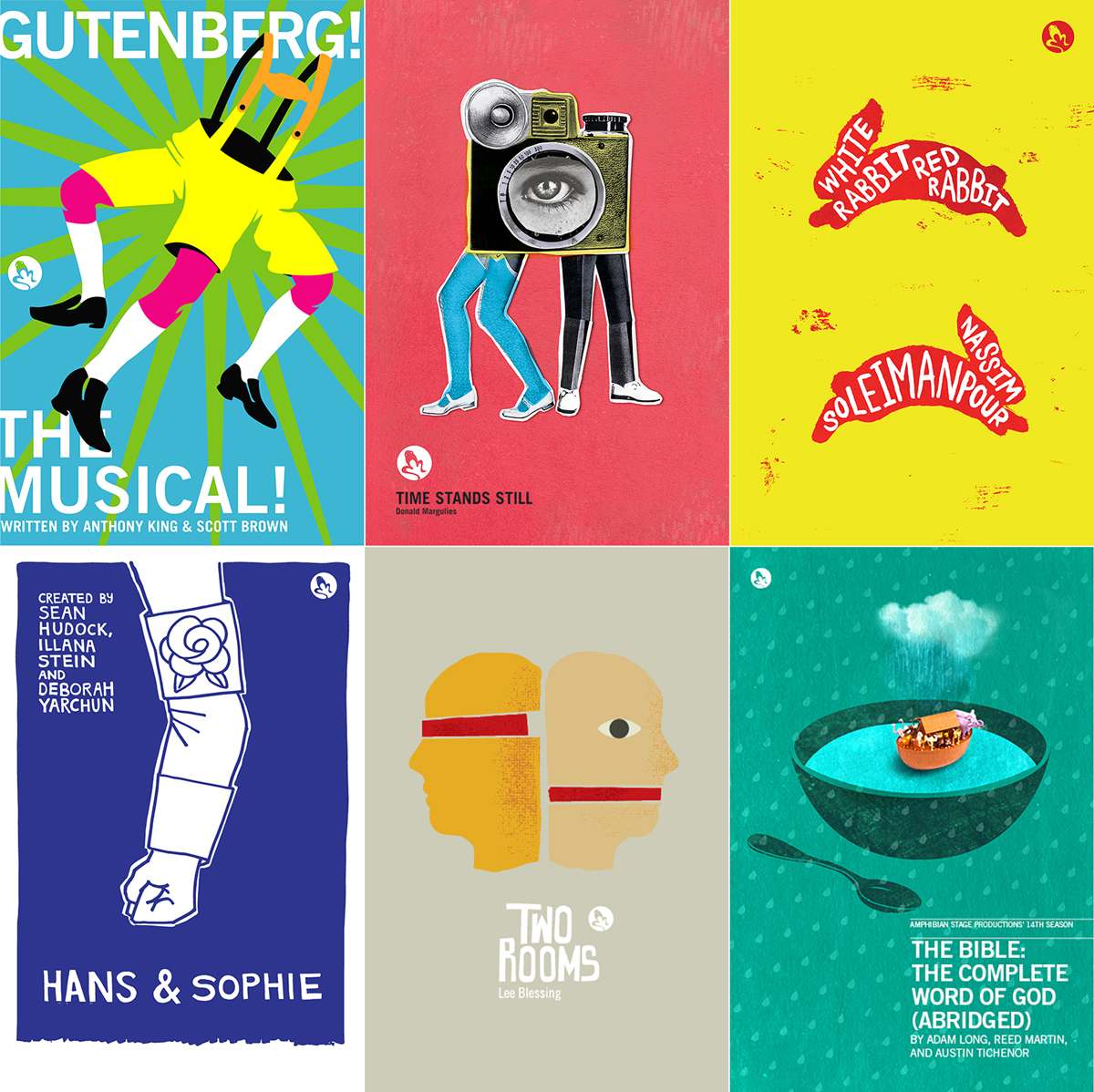 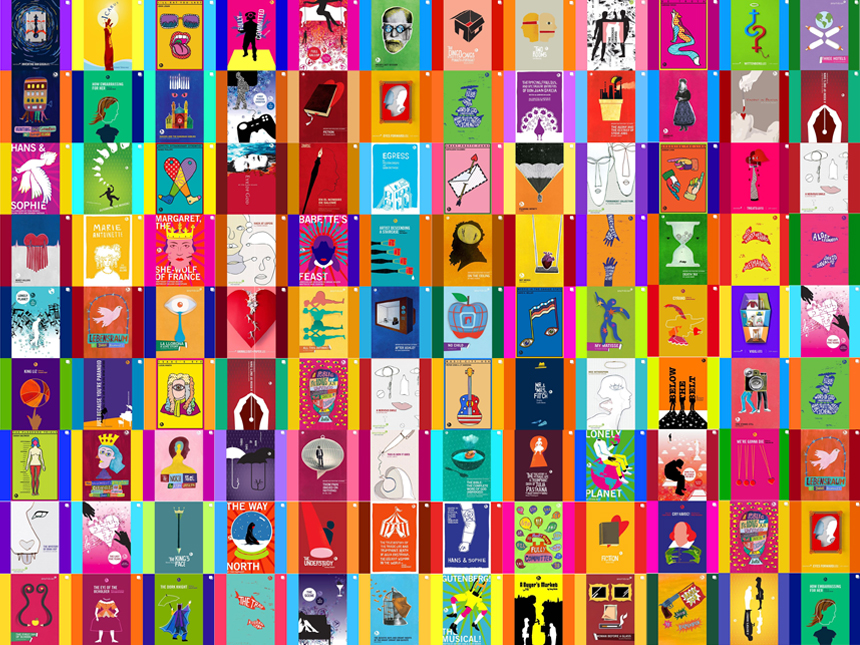 The result of our collaboration is a colorful collection of theatre posters, many of them award-winning, that has served as a bridge connecting a playwright’s work to the Fort Worth audiences. This magic happens because of the hard work of many people including, actors, directors, lighting, set, and sound designers, Amphibian marketing team, patrons, collaborators, audiences and the list goes on and on. 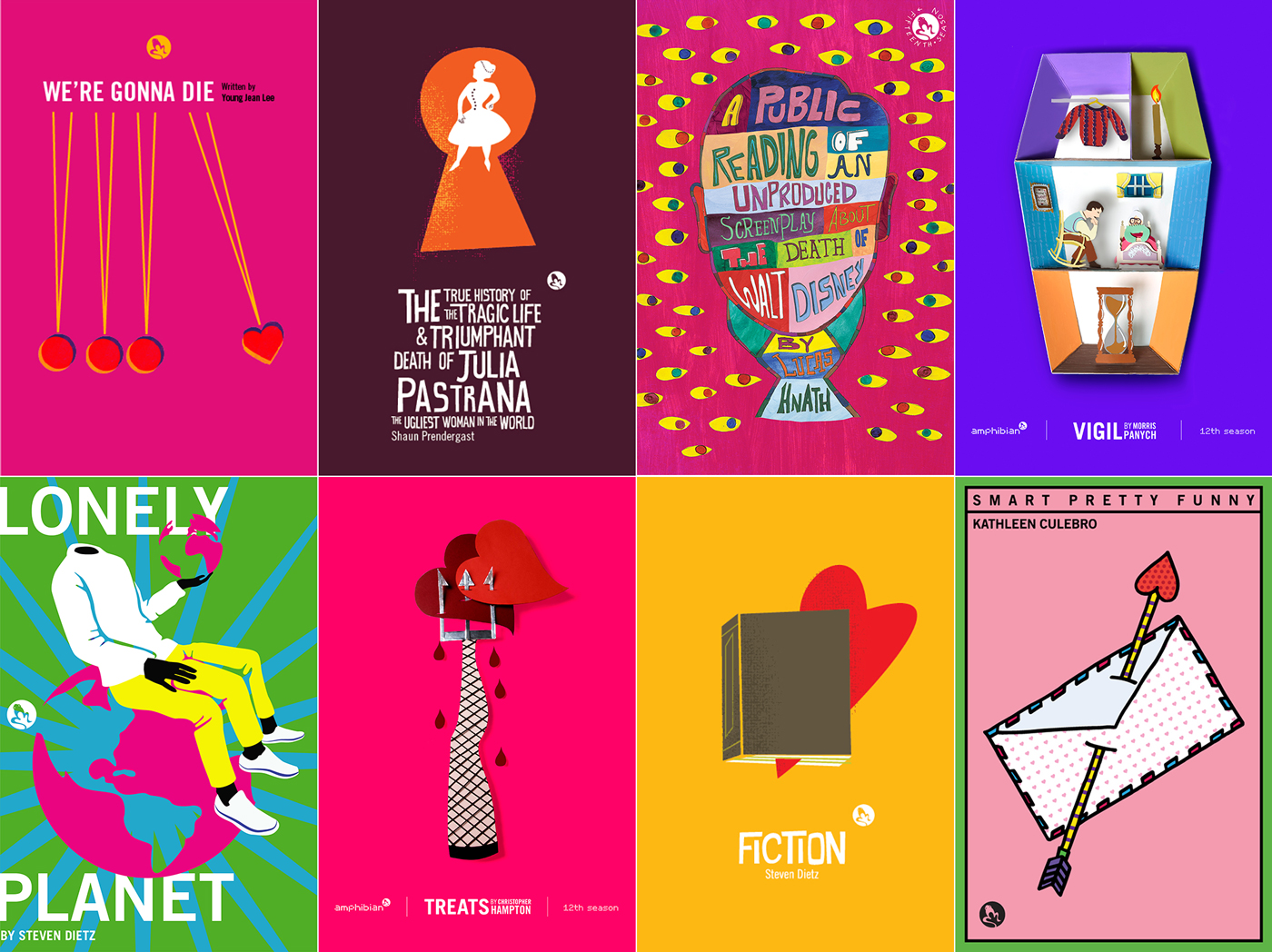 Amphibian Stage has become one of the leading independent theaters in the nation in big part to the fearless leadership of Kathleen Culebro. I’m glad that we met back in 2004 when I was about to launch Alfalfa Studio; Amphibian Stage became my first client and we still have each other’s back even in the face of Covid-19.

The series #100daysoftheaterposters concluded last week in our Instagram account. Go check out the result of this incredible collaboration, but most importantly continue to support independent organizations like Amphibian Stage. Follow them on Instagram and leave comments – it goes a long way. 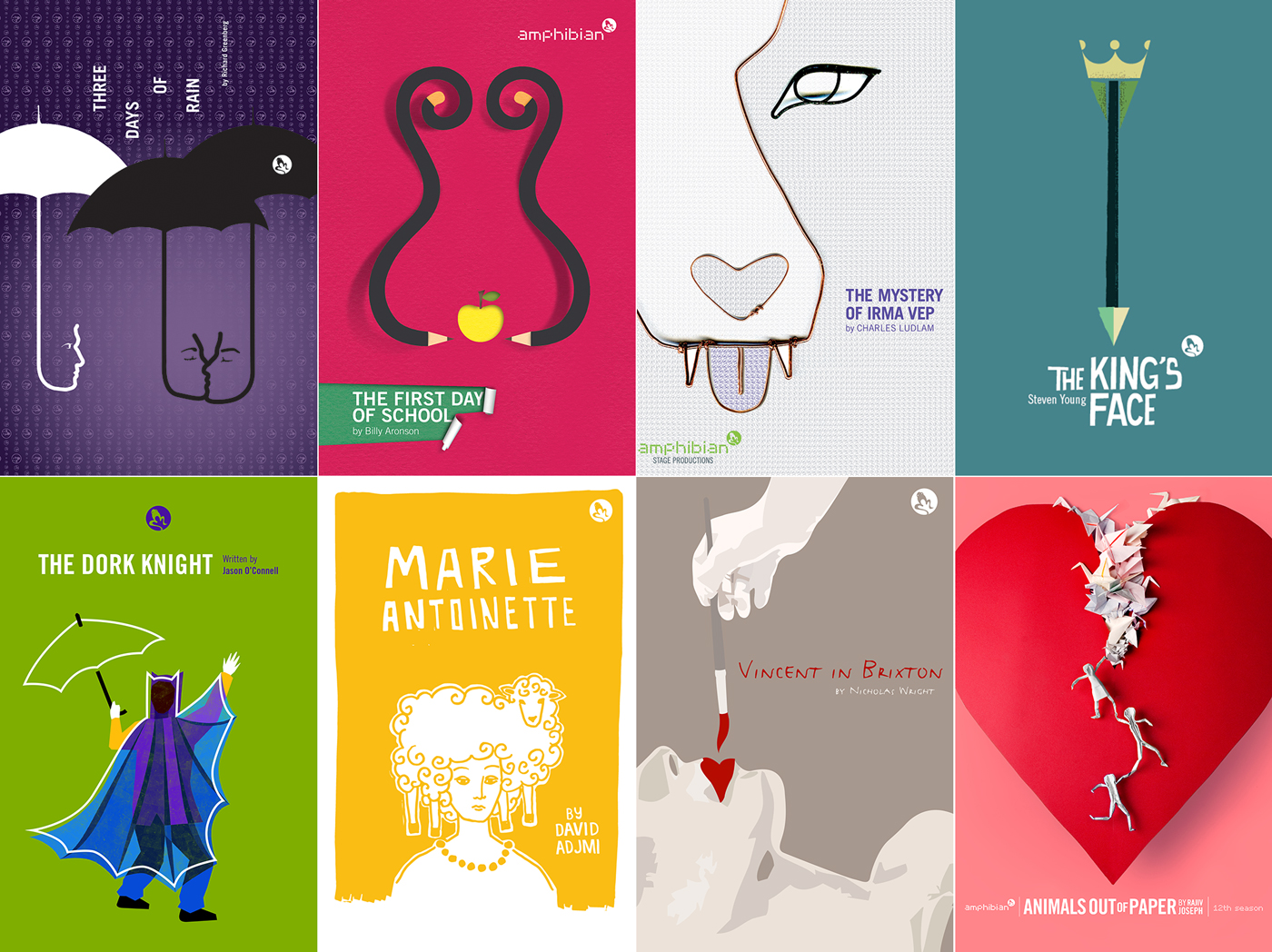 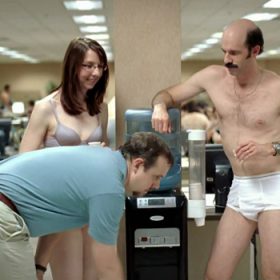 The Best Super Bowl Commercials of All Time 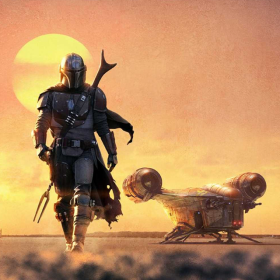 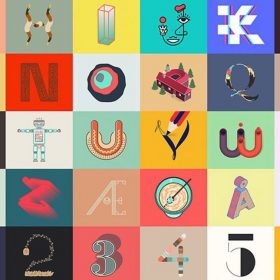