Aaand here we are again. Can we even call her an “up-and-coming” artist anymore? She’s already come, she’s up here—-she’s at the top! Animator SAD-ist’s most recent video called “Dawn of 16th | Dream SMP Animation” premiered less than eight hours ago as I write this, and it already has …

Aaand here we are again. Can we even call her an “up-and-coming” artist anymore? She’s already come, she’s up here—-she’s at the top!

Animator SAD-ist’s most recent video called “Dawn of 16th | Dream SMP Animation” premiered less than eight hours ago as I write this, and it already has over 1 million views. It’s #2 on YouTube’s trending list and has less than a thousand dislikes, an insanely low number for a video that’s blowing up as much as this one is. The last time I covered her work a mere three months ago, SAD-ist’s channel had about 400 thousand subscribers, but now she boasts over 1 million, just recently reaching the milestone on New Year’s Eve. May I remind you that she’s only 18 years old?

“Dawn of 16th” is imaginative, suspenseful, dramatic—-it’s an animated short but feels more like a trailer to a high-stake fantasy story. Besides the gorgeous animation, you have to appreciate SAD-ist’s other artistic choices, like the dialogue she picks and how she syncs to the song “Hit The Road Jack” by 2WEI. All of these things contribute to how professional the video feels—-she even chose to make the video wider to be more cinematic.

To continue, SAD-ist offers creative interpretations for each person’s character design. She has an excellent understanding of pacing, cinematography, and composition. The video’s color choices and lighting adds to the ambiance—-each frame feels purposeful, and there’s a balance between impactful dialogue and intense action sequences.

SAD-ist’s video recounts recent events from the Dream SMP. If you don’t know what that is, don’t worry, I can explain! Dream is a highly-popular Minecraft player and YouTuber, and “SMP” stands for “survival multiplayer.” Basically, it’s a private multiplayer server where Dream and a bunch of his friends play Minecraft!

…is what I’d normally say, but the Dream SMP has morphed into something far more complex and intriguing than just some friends playing a video game together. There are dozens of people on this server, most of them YouTubers, notable Minecraft players, or streamers, and all the audio clips in “Dawn of 16th” are from these players’ streams. Together, they have crafted a multifaceted story with numerous arcs, covering the rise and fall of countries, tyrants, and factions. It’s a fantastical mix of character dramas, war, and betrayal—-I would even go as far as comparing it to something like Game of Thrones.

The Dream SMP’s fanbase has so many fabulous and talented artists like SAD-ist. Even from one of her previous videos like “The Fall,” you can see how she continues to refine and perfect her style. Her attention to detail is incredible but has only become more meticulous in “Dawn of 16th”—-for example, “Dawn of 16th” is fully animated while “The Fall” features more still shots and pans. SAD-ist makes this distinction by calling “The Fall” an animatic instead of an animation. Additionally, “Dawn of 16th” includes lip syncing, lighting and other filter-like effects in the backgrounds, and more elaborate color palettes.

It’s only been a couple of months since “The Fall,” but it’s amazing to see SAD-ist’s art develop into something extremely refined and professional.

Even if you’re not caught up with the events of the Dream SMP server—-believe me, it’s hundreds of hours of footage to go through; I get it—-you can still appreciate and enjoy “Dawn of 16th.” If anything, it’s introducing new viewers to the server’s fanbase. It’s certainly encouraging me to catch up with the story!

I’m not the most familiar with the server, but I get chills every time I watch “Dawn of 16th,” and I think I’ve watched it… like, twenty times now? Maybe thirty?

Who could’ve guessed that a bunch of friends playing Minecraft would inspire something so masterful like SAD-ist’s “Dawn of 16th” animation. The oddest things can come together to make a work of art, and SAD-ist is definitely an artist to watch out for if you haven’t been watching already! 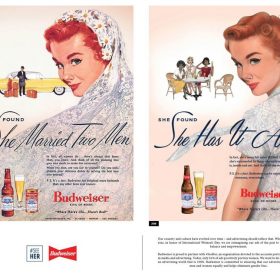 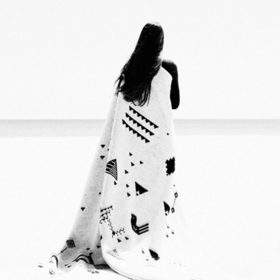 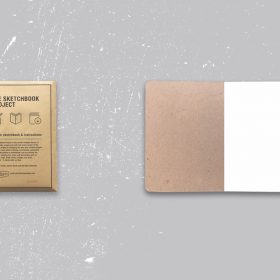 A World Wide Web of Sketches