In the past couple of years, animation memes have become increasingly popular on YouTube, attracting millions of viewers and fostering the online animation and art community. For those who are unfamiliar, an “animation meme” is a song or part of a song that goes viral, and different artists create their …

In the past couple of years, animation memes have become increasingly popular on YouTube, attracting millions of viewers and fostering the online animation and art community. For those who are unfamiliar, an “animation meme” is a song or part of a song that goes viral, and different artists create their own animated videos to it.

There is no particular music genre or art style that this is limited to—-songs have spanned from K-pop to indie to EDM, and the videos themselves range wildly in style and aesthetic. Sometimes they may feature a couple of assets with lots of animated effects, and sometimes they feel like they’re fully animated shorts. Usually, a specific animation meme may have its own individual editing style that artists try to emulate. Additionally, it’s common for artists to feature their own original characters and stories in their videos, the animation meme being a vehicle to convey their ideas.

To continue, the songs that are frequented in animation memes usually have a strong base or rhythm for the animators to sync to. A catchy melody, intriguing lyrics, or particularly interesting audio effects can also make a song more appealing to animators. Popular examples include “Two Time” (song by Jack Stauber), “Cradles” (Sub Urban), “Hip” (Mamamoo), “Crash” (Neovaii), and most recently, “Ghost” by Confetti.

Like most things that go viral, it can be difficult to pinpoint a specific “founder” or place of origin. Maybe an artist just happens to post an animation to a song they liked, and it becomes extremely popular and morphs into an animation meme. Sometimes, people will try to credit the original artist; other times, a song just catches on, seemingly out of nowhere, and boom—-now you have scores of animated videos for it. It’s become more common for artists now to declare themselves as the original animator for an animation meme and encourage others to participate. Some even go so far as to make them into competitions, which leads us to Sir Fluff and their collaboration with CloudKid and XP-PEN.

Sir Fluff is an artist with over half a million subscribers to their YouTube channel; they are most well known for their animations as well as speed-painting videos and occasional streams. On January 20th of this year, they posted their “original Ghost meme” (above), announcing it as a contest with a full-blown website and prizes for the first- and second-place winners. It’s closed now, but anyone could have entered for a chance to win XP-PEN drawing tablets. Additionally, this was in part supported by CloudKid, assumed from the fact that animation meme videos were protected from copyright infringement as long as they were contest entries.

There have been animation meme contests before, but never to this scale or level of formality. At this point, the winners have yet to be announced (neither a date). It’s unclear how the entries are being evaluated—-is it by number of views or likes? Their production quality? Personal preference of the judges? Nothing has been released about this or who the judges are; it could be Sir Fluff them self or perhaps people from CloudKid.

Regardless, I think that this collaborative contest was an ingenious idea. It’s encouraging and inspiring artists, promoting Confetti’s song “Ghost” (which just hit over 30 million streams on Spotify), and it advertises XP-PEN’s products. It’s a clever idea that appeals to this somewhat niche art community and, on a greater scale, understands online internet culture and its potential impact and marketing value as a demographic.

The art that has been created for this contest is absolutely spectacular, by animators with channels large and small. There are dozens of entries—-here are just some of them: 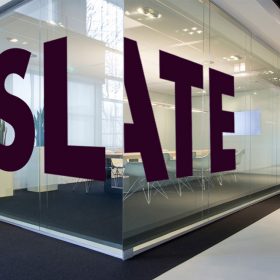 A Clean Slate: Slate Comes Back to the Future 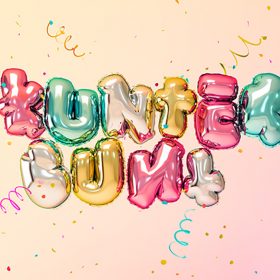 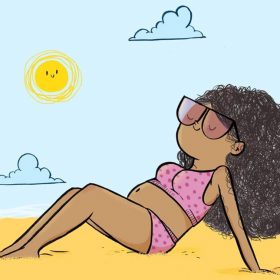