Ode to Dalí: “Salvador” by NILFRUITS

Salvador Dalí is perhaps one of the most iconic surrealistic artists ever, his best-known piece being “The Persistence of Memory,” of course. Despite that piece being completed in 1931, and Dalí’s death in 1989, people still continue to be influenced and impacted by this Spanish artist. NILFRUITS, a Japanese Vocaloid …

Salvador Dalí is perhaps one of the most iconic surrealistic artists ever, his best-known piece being “The Persistence of Memory,” of course. Despite that piece being completed in 1931, and Dalí’s death in 1989, people still continue to be influenced and impacted by this Spanish artist.

NILFRUITS, a Japanese Vocaloid composer, recently released a song entitled “Salvador.” It was a collaborative work, with a gorgeous video produced by YASUTATSU and mastering done by Ryoma Nakamura. Somehow, each and every one of NILFRUITS’ songs is a wildly different aesthetic from the one before. Just like all of their other works, “Salvador” is an intriguing and niche artistic experience.

The video takes a lot of inspiration from Dalí, featuring melting clocks and eggs, and yet it is still able to establish its own unique visual style. It’s fun, colorful, and yes, very surreal! I love Dalí’s character design; it is undeniably him but at the same time feels like a modern interpretation of him. One of my visual favorite details is the frame that quite literally frames everything, except Dalí, who is able to escape or be larger than it. It reminds me of Banksy who often presents his work in large, gaudy gold frames, commenting about how people will see anything as art so long as its presented this way.

To continue, the song is sung by the Vocaloid, Flower, which, since it’s a voice synthesizer, may be an acquired taste to listen to. However, I find that the vocals add to the rest of the piece’s bizarre and almost frantic nature. The lyrics switch from third person to first person, sometimes a narrator talking to Salvador Dalí, and other times Dalí talking himself.

To me, this song is about the relationship between an artist and their work, the commercialization of art, consumerism, and embracing creativity. The surrealist movement, starting in the 1920s, was meant to liberate people from realism and rationalism. Characteristics of this movement include abstracted forms, irrational or seemingly nonsensical imagery, bright colors, and “disjointed” elements. Dalí epitomized these surrealistic ideals, not only in his art but also his approach to art.

One of my favorite lines is “Surreal something, almost a mere name / Art is already dead, a surfeit of stupid words,” addressing how people often remember buzz words or big movements but forget their context and what they stood for. The song can be interpreted as calling out other artists who try to imitate a style for the sake of imitation as opposed to genuinely trying to pursue originality. The singer calls these artists “slaves,” asking “in a few years, DA-DA-DARE are you?” In Japanese, dare translates to “who,” so the question is really “Who are you?” To artists who just jump on a bandwagon instead of developing their own individuality, this question may be a difficult one.

“Salvador” features the line “People will lose interest in us, we’re just lived to be consumed,” followed by “It’s annoying to lump me together with you.” This is posed as some artist saying this to Dalí, who is almost insulted by this because he knows or hopes his art will outlive him. Additionally, the line “Just a man pretend to be a genius” could be interpreted as Dalí; Dalí was a genius but didn’t see himself as such—-he was just a man who was unabashedly himself. Another interpretation of this line could be imitation artists trying to copy Dalí’s genius.

Despite being less than three minutes, “Salvador” is able to address a plethora of different ideas in a fun and wacky way. I highly recommend listening to the song for yourself below, as well as listening to other music by NILFRUITS. Their music is in Japanese, but there are English subtitles available. 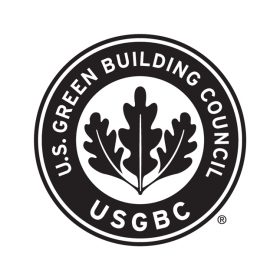 The Second Generation of USGBC 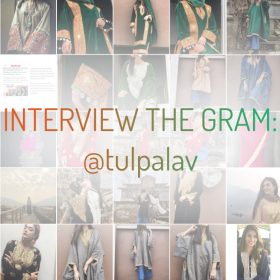 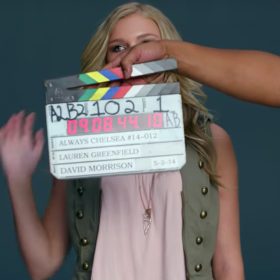