The Death of Football- Shameful Branding of The Super League

It is no secret that the beautiful sport of football has gone on a decline. Either by politics, money injection, corruption, racism, or VAR, football is screaming for a change. We all know that there has to be a rapid and disruptive change but what has occurred this past weekend …

It is no secret that the beautiful sport of football has gone on a decline. Either by politics, money injection, corruption, racism, or VAR, football is screaming for a change. We all know that there has to be a rapid and disruptive change but what has occurred this past weekend is the opposite of it and a disgrace to football. April 18, 2021, marked the beginning of the death of football with the creation of the European Super League. I will speak about their mediocre branding, but most importantly I’ll try to explain why this new tournament is toxic to football.

The news broke out this weekend that twelve European elite clubs were planning to monopolize and form their own European mid-week tournament, swiping away the prestigious Champions League. These twelve clubs happen to be the richest football franchise in the world and their main objective to creating this tournament was known from the gecko, and it is money.  The following clubs from three countries have become the founding members of this league: AC Milan, Arsenal, Atletico Madrid, Chelsea, Barcelona, Inter Milan, Juventus, Liverpool, Manchester City, Manchester United, Real Madrid, and Tottenham Hotspur. It is said that each of the founding clubs will be receiving €200-€300 million as a welcome bonus backed by JP Morgan Chase. The American bank is set to fund this controversial project with €3.25 billion. The new European League wants to have 15 teams that will have a set spot every single year with only five invited clubs that will rotate in and out based on “performance merit.”

Why will this kill football? It’s as simple as saying without competition there is no sport. What will other European teams have to play for? Each year, in the European leagues every single club fights to reach the top positions of their respective table and earn a spot in any of the two European top competitions (Champions or Europa League). The league systems are designed to give every single team a fair shot not only to win a title but also to play a prestigious European tournament. The Champions League for example is the reason why some clubs are considered great now in days. For example, Real Madrid today is known for their 13 orejonas (Champions League), Liverpool threw the house out the window after they won their fifth champions league in 2019 after fourteen years. Teams will do anything to play the Champions League and not to mention fans will go out their way to see their club play Champions League. The beauty of this league is the competition it brings out of small clubs to achieve their dream; A dream that gives small teams a chance to host a game against Europe’s prestigious clubs.

With 15 clubs having their spot reserved every single year in this new competition, what will the rest of the European clubs have to compete for? The prize of playing a Champions League is looking extinct and since The Super League is an exclusive league just for the elite, it’s obvious many clubs will be excluded regardless of how well they do in their respective leagues. The leagues will no longer have a competitive format.

Lastly, the branding for The Super League was also released and basically backs up the ridiculousness of this tournament. There is no information of who was behind the branding and it is speculated to be done in-house. The logo is very generic and consists of only a typeface and a diagonal football field centered circle. The typeface seems to be a customized variation of Franklin Gothic. ‘The’ is highlighted with a magenta cyan gradient. It is ridiculous to see how much money is being pumped into this new league and this is the best thing they could have come up with for a league that is set to have signed a 23-year deal. It is nowhere near exciting as the Champions League. 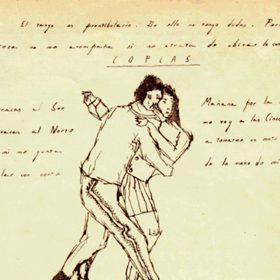 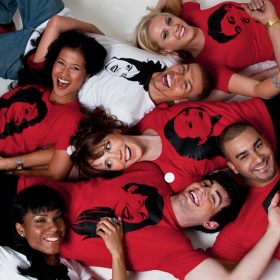 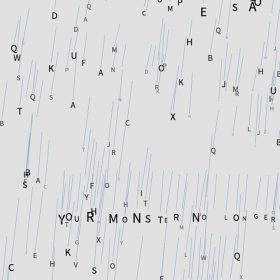