A Surge in ‘Attack on Titan’ Fan Animations

Critically acclaimed anime series ‘Attack on Titan’ just finished airing the first part of its final season, season 4. Its first three seasons had been animated and handled by WIT Studio, while the last one is being produced by MAPPA. When this information was first released, many fans were skeptical …

Critically acclaimed anime series ‘Attack on Titan’ just finished airing the first part of its final season, season 4. Its first three seasons had been animated and handled by WIT Studio, while the last one is being produced by MAPPA. When this information was first released, many fans were skeptical of the change, especially since the story’s plot is ramping up towards its finale.

WIT Studio created such a dynamic and experimental art style, and many were worried about how MAPPA would follow. The first three seasons of Attack on Titan are highly stylized, with stunning visual worldbuilding and a near seamless combination of CGI and traditional animation. There are little details like the varied line weights, as well as the drop-dead gorgeous action sequences.

By comparison, the art in season 4 of is more accurate to the original artwork in the Attack on Titan manga, with characters looking a bit more grittier and weathered, in my opinion. The color palette feels darker too, but one could argue this is to represent the plot’s shift to a more serious tone. Besides the overall aesthetic, there have been some changes to the method of animation; interestingly, MAPPA employed a number of rotoscoped scenes, resulting in beautifully smooth transitions that normally would be very difficult to animate. However, on the other hand, many have criticized the increased use of CGI in this season, limiting the movement in action scenes.

Discussing the production quality of MAPPA’s season 4 has been extremely contentious; some fans heavily criticized it, disagreeing with the studio change, the new character designs, and other things like musical and director decisions; others defended it, saying that considering the very short amount of time that MAPPA had, it’s amazing that they were able to produce anything at all. There was also a division between “anime-only” fans and manga readers: people who did not read the source material in advance and only know the plot as presented by the anime, versus people who have read the manga and know the story’s ending already. Many manga readers seemed disappointed because they already know how intense the plot becomes, so it was frustrating to see the anime not necessarily live up to their expectations.

Those “fans”—-if you can even call them that—-who were extreme and went so far as to send death threats to animators at MAPPA Studio are completely out of line and inappropriate; at the end of the day, this simply comes down to artistic preference and to threaten someone’s life over that is unacceptable and childish. This aside, I personally am satisfied with how season 4 came out; I think now that its first part is finished airing, it’s a bit easier to discuss the changes (both good and bad) objectively.

I would be lying if I said I didn’t miss the heavily stylized eyes and different line weights, but MAPPA did an excellent job, considering the shoes they had to fill and the time restraints they were under—-not to mention Covid making it even more difficult to work. However, there are some criticisms to be made, and I think it can be summarized as simply: the animation in seasons 1 through 3 elevated the story and enhanced the viewer’s experience. The animation in season 4 executes the story well, but does not necessarily elevate it in the same way that WIT Studio was able to do.

Which brings me to the main point of this article: fan animations. A lot, and I mean a lot of fans, have taken it upon themselves to animate or storyboard how they envisioned certain scenes. At first, some viewed this as insulting to MAPPA Studio, that it was disrespecting the work they did by basically saying, “Hey, here’s how you should’ve done it.” I’m sure there are some fans who have this haughty view of their work; however, there are many others who have created these fan animations in celebration of the story, not out of disrespect.

Below is a video I stumbled across that combined different fan animated scenes with scenes that MAPPA produced. To see the scenes side by side is absolutely breathtaking; it takes the best of both the anime’s content and the beautiful fan content. Many of these fan animations are highly detailed, with hundreds and hundreds of frames—-some artists go as far as to add music and sound effects to their work as well, enhancing it further.

Regardless of your stance on the studio change and how season 4 is progressing, I think we can all agree that the fan content is an absolute treat; I think it is a beautiful representation of the love and appreciation that people have for the world of Attack on Titan.

Animators and sources (as listed in the video’s description):

All Images © 2021 Attack On Titan, G., and the artists listed above 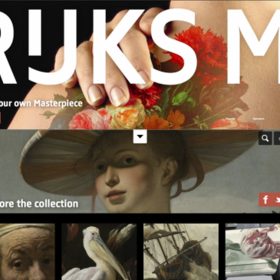 Own a Personal “Set” of Rijksmuseum Works 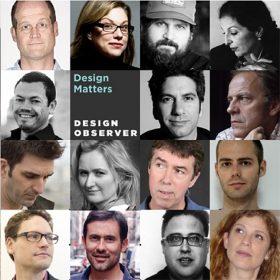 Rafael Esquer on the New Season of Design Matters 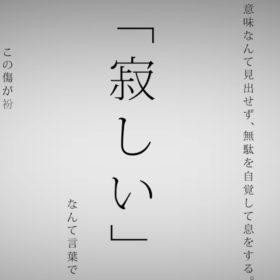