Maybe you know them from the television show “World of Dance,” but I’m ashamed to say that I have only recently discovered Sean Lew and Kaycee Rice. Performers, actors, artists…to call them simply “dancers” or “choreographers” would not do their talent justice. I’m no dancer and have little experience in …

Maybe you know them from the television show “World of Dance,” but I’m ashamed to say that I have only recently discovered Sean Lew and Kaycee Rice. Performers, actors, artists…to call them simply “dancers” or “choreographers” would not do their talent justice. I’m no dancer and have little experience in it myself, but I am absolutely paralyzed every time I watch a performance with Sean or Kaycee—-their overwhelming skills are apparent even to somebody like me.

Each dance is an experience. Sean and Kaycee create stories, illustrate narratives and paint pictures with each of their movements. Their performances feel so intensely intimate, like they are letting you in on a secret, showing you a vulnerable part of themselves that no one else has seen before. It’s hard to pick a favorite or name one that stands out more than the others—-they are all deftly unique and nuanced.

Noah Kahan’s “False Confidence” was the first dance I had seen by these two. Choreographed by Sean and performed by both of them as a duet, the insane amount of control they have over their bodies amazes me. Down to their poised fingertips or clenched toes, every beat and breath and shiver is purposeful, no movement wasted. Not to mention the innovative and expressive dancing style that I can only describe as nuanced and devilishly meticulous—-I cannot think of anyone with a style quite like theirs.

Below is Sean’s performance of “Straight Back Down” by Dean Lewis. The musical buildup gets me every time, the detail and sheer artistry… Sean uses a mixture of literal and symbolic movements to match with the lyrics, like wiping his face for the line “cuz you know when we’ve been drinking” compared to the stumbling later on during the line “can’t live with you, I can’t live without you.”

Sean Lew has excellent taste in music, in general but also when choosing songs to choreograph. Many of the music featured in his videos can be categorized as indie or alternative, songs that may be lesser known but are no less impactful. Lew picks songs with lots of musical variety and interesting sounds, all the more interesting to dance to.

Additionally, the lyrics are often very emotional and raw, a perfect complement to his dancing style—-they may sound upbeat and poppy, but the story is melancholy and touching. The way that Sean and Kaycee are able to just meld and become one with the music, perfectly synchronized, is absolutely mind-boggling to me—-I forget I’m watching a dance video.

Here is Jon Bellion’s song “THE INTERNET,” choreography, of course, done by Sean Lew. Kaycee also performs in this video later on. I just love the ingenuity with the phone as a prop, the interaction with the audience—-all of it. Excellence.

I cannot emphasize enough the immense amount of respect and admiration I have for these artists, especially because they’re my age! Sean Lew and Kaycee Rice have such an infectious chemistry—-they feel perfectly in sync with each other, both literally and figuratively. You can tell how much they love their work, how they match and complement each other’s passion. In between performances, you can catch glimpses of them laughing and cheering each other on. Many fans see their partnership as a romantic one, and maybe it is, but I see two best friends just doing what they love together.

To be so accomplished so young is something tremendous on its own, not to mention the absolutely breathtaking work that they are creating along the way. Just two months ago, Sean released a short film called “II: AN UNSPOKEN NARRATIVE,” directed, choreographed, and starring himself. Definitely check out this film, as well as all of Sean and Kaycee’s performances! You will be entranced for hours, watching one performance after dance reel after another. Both of their socials (including their YouTube channels) are listed below. 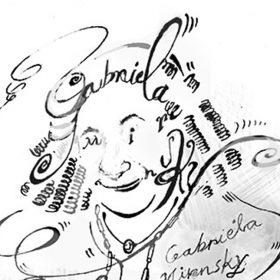 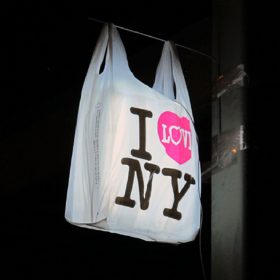 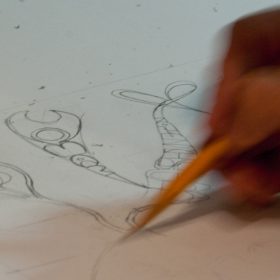