I can say with full confidence that Miyashita Yuu, also known as miy_yuu, is my favorite artist and singer of all time. I was originally introduced to his work through his covers of NILFRUITS songs, such as “Wozwald” (original, miy_yuu) and “Shama” (original, miy_yuu). By the way, Yuu’s cover of …

I can say with full confidence that Miyashita Yuu, also known as miy_yuu, is my favorite artist and singer of all time. I was originally introduced to his work through his covers of NILFRUITS songs, such as “Wozwald” (original, miy_yuu) and “Shama” (original, miy_yuu). By the way, Yuu’s cover of “Wozwald” was so popular and well received that NILFRUITS asked him to remaster it and become the official version of the song (as announced here).

Miy_yuu’s music is pure artistry. His insane vocal range, his control, his adlibs and mixing, all of it—-he elevates each song to the point where I don’t know if I can even call it music anymore. It’s beyond just a “song”… it’s a work of art. It’s an experience. Sometimes, I find myself listening to his version of a song more often than the original!

The best way to understand is simply to listen to it for yourself. Every song is unique handled but at the same time, I can recognize Miyashita Yuu’s style immediately; I will say, he’s very good at choosing songs that fit his singing style, and I think that definitely plays a role here. Much of it is dark, obscure, extremely symbolic or just plain fun to listen to! The music he chooses range from popular, trending songs as well as works from lesser known artists.

The attention of detail that he gives is absolutely incredible—-sometimes he’ll add bits of dialogue, adlibs, or sound effects like breathing to enhance the experience. He doesn’t shy away from variety, either—-maybe he’s whispering this line, singing this one at a regular volume, or screaming this one. His music is complex, with multiple layers of harmonization. For example, take his cover of “Unknown Mother Goose,” originally composed by Wowaka. Wowaka was one of the original pioneers of Vocaloid music, the creator of numerous iconic songs like “Rolling Girl” and “World’s End Dancehall.” In this cover, if you listen carefully enough, you can hear Yuu singing parts of Wowaka’s other songs, adding a beautiful layer of depth and complexity.

A quick note: you’ll probably see “utattemita” in the title of a lot of miy_yuu’s videos, as well as Japanese music in general. The phrase “utattemita” literally translates to “I tried to sing” or “sang this” in English, and it’s simply used to indicate that a song is a cover. Now, back to Miyashita Yuu—-

I was extremely surprised when I found out that beyond just his mind-blowing covres, he’s also an artist. Much of miy_yuu’s promotional artwork, including things like his current YouTube channel banner, are all created by him. Much like his music, it’s meticulous and highly detailed, featuring many complex landscapes and fantastical scenes. I find that it is exceptionally fitting for his music (although many people love the pairing of Yuu’s vocals with work by the animator WOOMA, artist of many music videos including NILFRUITS).

To continue, Miyashita Yuu describes himself as an illustrator, composer, and singer, and I feel this is best exemplified in his original albums: below is his song “Lierica,” which he wrote, produced, and sang himself—-and of course, the illustration is his as well. Yeah. The man is just that good.

Some of my favorite covers of his are “Lo-fi Times,” “Bitter Choco Decoration,” “Call Boy,” “Kilmaa,” “Melancholic Ceremony“… honestly, I should probably just list all of his songs here. I highly recommend you listen to his music yourself, both his covers and his original music! It’s a bit of an acquired taste, as music in another language often is, but I promise you’ll fall in love with his voice and artistry, just like I did. Good to note, most of his videos have English subtitles.

If you’re interested in his art, you can check out his Pixiv account linked below, as well as all of his other socials. Miyashita Yuu is the only reason I created a Twitter account—-that’s how much I love him and want to support his work! 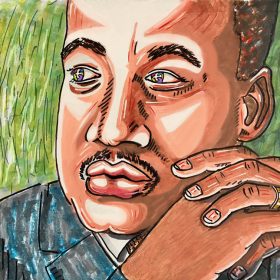 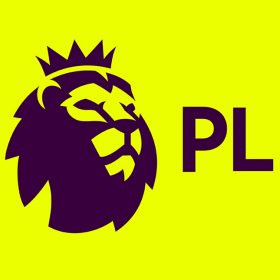 The New Look of the Premier League 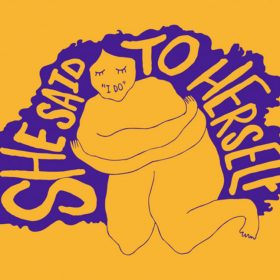 In Shades Magazine: A Fresh Way for Creative Collaboration