The Logos of the 2021 NYC Mayor Candidates

In Spanish, there is a saying that translates into this, “A picture is worth a thousand words.” This is somewhat true especially when you want to stamp your presence across a city with 8.419 million inhabitants. The primaries to elect the next New York City mayor is tomorrow and New Yorkers are …

In Spanish, there is a saying that translates into this, “A picture is worth a thousand words.” This is somewhat true especially when you want to stamp your presence across a city with 8.419 million inhabitants. The primaries to elect the next New York City mayor is tomorrow and New Yorkers are still trying to figure out who to vote for. To be quite honest, there isn’t really a strong candidate, so the mayor position is really open to anybody. Today I will be sharing the logos behind these candidates’ campaigns and maybe this could influence your choice when voting.

It may seem to be a secondary matter but logos of political campaigns do have an influence on voting outcomes. Just like every other commercial brand, a political logo also can have a powerful impact on the mass. If you look at the last presidential campaigns, the elected presidents have had a brand that was impactful either visually or through a metaphorical tag line like “Yes we can” or “Make America Great Again.”

While analyzing the logo of the New York City mayoral candidates I noticed some candidates did put an effort to make a strong visual branding. On the other hand, there were also logos that look as if it was a task given to an intern and finalized in one day. From the branding list of the NYC Mayor campaigns, Dianne Morales seems to be the only one that has branding that was given some thought into it. Her branding follows a consistent and cohesive system through applications and merchandise. There are those candidates at the bottom of the list that decided to go creative like Art Chang and Paperboy Prince. Kathryn Garcia has the dullest logo which I find interesting being that she’s the only one that got backed by the New York Times. You would expect her to put more effort into her campaign. We then have Isaac Wright’s logo which seems to be from a construction company.

The most important thing for these candidates is to have a strong agenda and message for New Yorkers. It’s also true that they should waste their budget wisely but that is not a reason to lack a strong visual identity. There are many design agencies in the city that would take on an opportunity to design a campaign for the next NYC mayor. Earlier this year while these candidates were debating through zoom, it was hard to grasp some of these names because they failed to put their branding in their background. It’s no surprise that the ones who are up on the polls are the ones who have relied on their branding. I’ll let you decide which logo you like better. Make sure to go vote tomorrow. Here is my previous post that will help you better understand the new voting system being introduced to New Yorkers. 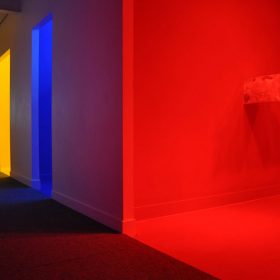 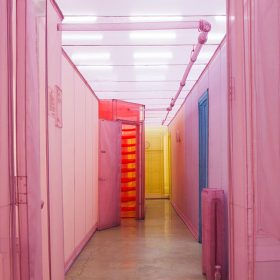