What are MLS clubs doing with their logos? Although they aren’t considered iconic branding s yet, these clubs have had logos that have been unique in their own creative way and somehow that seems to be changing. The past rebranding introduced by the MLS clubs has been terrible and we …

What are MLS clubs doing with their logos? Although they aren’t considered iconic branding s yet, these clubs have had logos that have been unique in their own creative way and somehow that seems to be changing. The past rebranding introduced by the MLS clubs has been terrible and we have predicted that they would not last long. Such example is Chicago Fire who changed its name and identity drastically in 2019. Two years later we are introduced to another rebrand of this Chicago franchise. The question is, is it a great rebranding? Or is it just better than the mess they created two years ago?

In the Fall of 2019, Chicago released their new branding which paid homage to the flag of Chicago and also marked the anniversary of the Great Chicago Fire of 1871. You can read more about the meaning behind the two former badges in my previous post. The first logo lasted over two decades while the one released in 2019 only lasted two years. Taking all the research that went into the two previous logos they opted to create a new and improved crest.

According to Chicago fire, the new brand is a work of six months of public consultations. During these months more than 20k fans were asked to join the process and give their thoughts on the new emblem. The elements closely associated with the fans were the six-pointed star and the Florian cross. By hearing the voices of Chicago fire fans the new identity contains the following elements: A Florian Cross, the letter ‘C,’ a six-pointed star, and the Chicago city flag colors.

The lead designer behind the badge was the creative Matthew Wolff who has extensive expertise in sports branding. The updated branding has a circular badge with a stylized Florian Crossin inside the ring. A slab serif letter c is stamped inside the cross loom with the star of the flag of Chicago.

I like the work of Matthew Wolff, however, I do think they felt short on this logo. Again this is my personal opinion and maybe it would grow in me. but I’m speaking from the gecko. Of course, the term less is more works most of the time especially in branding but for such an iconic MLS club, I feel it lacks excitement. The branding looks a little too generic and personally, I’m not a fan of constraining all elements inside a circle (which by the way is being used way too much in football clubs.) It definitely is an improvement from their 2019 rebrand but It could have been more exciting. The fact that the previous one was terrible set the standards low for what we were expecting to see in the rebrand. 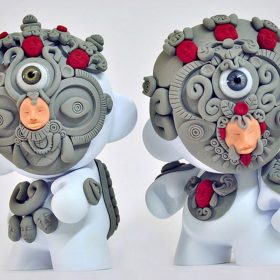 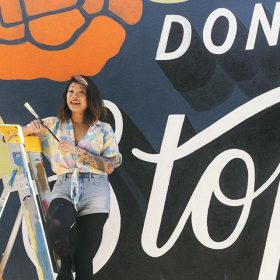 The Playful Typography of Lauren Hom 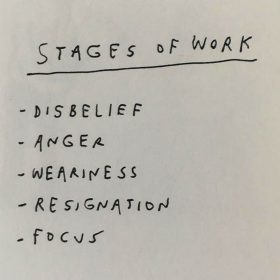