“MILGRAM” is a Japanese music project headed by Takuya Yamanaka and vocaloid producer DECO*27. This music project serves as a social experiment to its viewers, testing their willingness to forgive a person for the “sins” they have committed. The project’s story consists of the audience playing the character of Es, a prison guard …

“MILGRAM” is a Japanese music project headed by Takuya Yamanaka and vocaloid producer DECO*27. This music project serves as a social experiment to its viewers, testing their willingness to forgive a person for the “sins” they have committed. The project’s story consists of the audience playing the character of Es, a prison guard with unknown origins, guided by the mascot of the project, Jackalope. The prison holds 10 prisoners assigned numbers 01-10 of various crimes, or “sins”, which the audience will judge them on.

Each character undertakes a trial in the form of a music video; a total of three trials per character take place over the course of the project. After each character’s trial video, a voting period takes place on the MILGRAM Portal mobile app or the Official Voting Website. Here you can vote either innocent (yurusu) or guilty (yurusanai), or as a direct translation, forgivable or unforgivable respectively.

What makes this project so special is not only the way the story is conducted but the visuals of the music videos. All of the videos are very obscure and require the audience to heavily pay attention to any images in the music video, as well as the lyrics. Through various metaphors and symbolism, the images convey the character’s crimes and reasons for doing so, all while keeping the video consistent with the character’s personality. A splendid example is the first trial music video for the character Futa (03), titled “Jihen Joutou“, or “Bring It On” in English.

To summarize Futa’s sin, he cyberbullied people through a sense of “justice” and one of his victims ended up taking their own life. One of the main visuals that appear throughout the entire video is the motif of “fire.” This relates to the Japanese term that translates to “flaming” in English, which refers to harassing people online, and what Futa did was what people call nowadays “canceling.” His “flaming” started out justified, genuinely exposing a mischievous person, gaining him lots of followers in his conquest for “justice.” This justice slowly faded, however, as he began falsely accusing people based on little to no evidence, slowly losing his friends around him. The video is shown as if it was a video game, with many windows and HUDs showing up on the screen. He was the “hero” in this game, and his “flaming” was represented through “boss fights”, in which the “boss” he was fighting was the person he was attacking on social media. This could be a reference to how he began to think of his actions as entertaining, which is why he continued looking for reasons to flame people, trying to serve justice to those who “deserve it”. Eventually, near the end of the music video, a girl takes her own life due to what he said about her. This is where the moral dilemma comes in; Can you forgive him for his crimes if he believes what he was doing was for the sake of “justice?”

This music project is ongoing at the time of this blog being posted, I highly recommend checking it out. The next music video coming out is for Kotoko, titled “Harrow”, and is being released fairly soon. 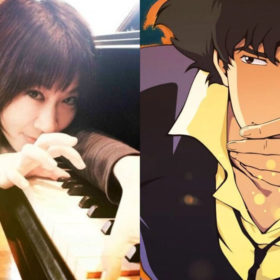 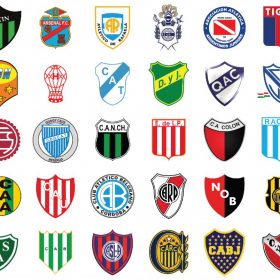 The Graphic Design of Argentine Soccer 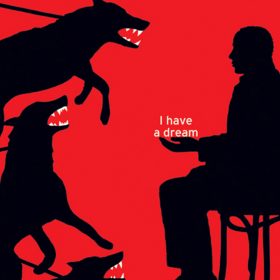