Many indie RPGs (Role Playing Games) are very dark in nature, but the developers add a light aspect to set them apart from the rest. For example, Undertale adds lots of humor to their game to add a contrast to the gruesome aspects it contains. However, in OMORI’s case, the …

Many indie RPGs (Role Playing Games) are very dark in nature, but the developers add a light aspect to set them apart from the rest. For example, Undertale adds lots of humor to their game to add a contrast to the gruesome aspects it contains. However, in OMORI’s case, the imagery of the entire game was made as a contrast to its dark story. The developer, Omocat, designed the game with two areas in mind, Faraway Town and Headspace, and the imagery, as well as the colors in both areas, are drastically different, which is what gives the game its charm. The imagery in Headspace especially shows how childlike the art can be, despite the overall story of the game. Fair warning, there will be many spoilers for OMORI ahead!

For context, you play “Sunny” in Faraway Town, and “Omori” in Headspace, which is the physical representation of Sunny’s sub-conscience. The game starts in White Space, a place where Omori can be alone and feel safe, away from the rest of Headspace. Omori meets up with the younger version of Sunny’s friends: Hero, Kel, Aubrey, Basil, and Sunny’s sister Mari. The theme of the game’s images is devised around polaroid pictures, taken by Basil. At the end of your first visit to Headspace, Basil tries to show you a picture of your sister Mari’s body, telling you that she has been dead for a long time, but abruptly disappears before he can get his message across. This brings you back to Faraway Town, where Sunny has been living alone in his house for years and has never left after the death of his sister. He travels the town with his friends and sees what has changed from when they were younger, and eventually drifts back to sleep and arrives back in Headspace. Every time you’re about to find Basil in Headspace, “SOMETHING” pulls you back to White Space, and the only way to escape back to Faraway town is for Omori to stab himself. You learn many things about Sunny’s past throughout the game, which Omori, or his sub-conscience, has forced him to forget. Eventually, the player is told that the reason Mari died was not suicide, but that she was killed by Sunny on accident, which Basil helped him disguise her death as suicide, out of fear of what would happen if people knew the truth.

This is the true nature of the game Omori, but the art used to create this masterpiece has a different feel entirely. Generally in the game, you walk around as a pixelated sprite in the open world, as you do in most RPGs. However, there are many times where the game shows you illustrations, such as the battle mechanics. During these times, the images are animated, but not in your average “animation” way. The image stays relatively the same, but it’s as if a person drew over the same character multiple times, then merged all of those images into a short, looping animation. This light-hearted way of making a moving illustration is charming and makes the player feel relaxed, only to bring them back to reality with the brutal truth of the game.

The colors of the game are what especially draws me to it. The large difference between the colors of Headspace and the colors of Faraway town help distinguish how Sunny feel’s about these places. In Headspace, the landscapes and characters are composed of vibrant, cool colors, such as blue and purple. The different areas in Headspace all have a bright color scheme, placed under a purple sky with floating shapes in it. Through all of these happy, childlike colors, lies Omori, who is completely black and white. This is because everyone in Headspace is living life happily, while Omori has a duty to protect Sunny’s mind from the truth.

In Faraway Town, however, the colors are all neutralized, giving the town a sad and dead feeling. The house is a light, desaturated brown, and the town and park itself feel very grey. The characters have lost their previous vibrancy, and are now just as desaturated as the town. This, again, is how Sunny views what’s around him. He has lost interest and hope in the real world because of his sister’s death, and his vision reflects that through this color scheme.

However, at the very end, when Sunny finally relieves himself of the guilt he’s been feeling for years, the game fades not to black, but to white, showing how he finally feels safe in his home that is Faraway Town, surrounded by the friends he once pushed away. This game was a rollercoaster from start to finish, but the visuals are beautiful the whole way through. I highly suggest picking it up and playing it for yourself or even watching someone play it. It’s an experience you won’t forget, and it will help a lot with how you perceive colors and their effects on your thoughts and emotions. 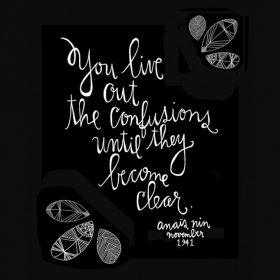 Charming Quotes from a Legendary Diary 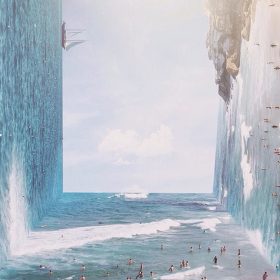 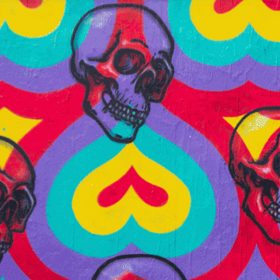