How “In a Heartbeat” Changed the Short Film Community

“In a Heartbeat” is a short film released by Esteban Bravo and Beth David as a simple senior thesis film, but little did they know this thesis would go viral on the internet, and rightfully so. “In a Heartbeat” is a short film with no dialogue and depicts young love and the anxiety that comes with it, which wouldn’t be very special if it wasn’t for the fact that it was between two boys. LGBTQ+ representation is scarce as it is in the media, but it’s especially unseen in children’s media, but “In a Heartbeat” challenges this idea. The concept of short films is meant for children, drawn in a style similar to companies like Pixar and Disney, which are famous for their animated films for kids.

The film is about a young boy named Sherwin, who has fallen in love with a boy in his school named Johnathan. The whole film is composed of his heart as a separate character, constantly chasing after Johnathan while Sherwin desperately tries to stop it. This leads to many close encounters between Sherwin and Johnathan, which makes Sherwin very anxious. A little over halfway through the short film, Sherwin and Johnathan get intimately close on accident due to the actions of Sherwin’s heart, but Sherwin looks around to see his classmates staring at them with negative expressions on their faces. Sherwin begins to panic, and while trying to run away, ends up tearing his heart in two. As he cries under a tree with only half of a heart, Johnathan finds him and pieces his heart back together, both figuratively and literally.

This short film is a beautiful piece of work that will bring just about anyone to tears. The use of colors, expression and metaphors subtly show Sherwin’s internal struggle, both with his feelings for Johnathan and the anxiety that comes with it. For example, Sherwin desperately trying to keep his heart away from Johnathan can be seen in two different ways, either he’s afraid of letting his feelings show, or he’s afraid of being outed by his “heart”. The answer could even be both, but this deep meaning would never be possible if the film was about a boy and a girl. Specifically in the scene where all of the school kids are staring at Sherwin and Johnathan is where we can really see the anxiety that comes with having feelings for the same sex. The entire short film is following Sherwin, so we can assume that the film is from his “perspective”, or how he perceives the world. Keeping this in mind, it gives that scene a whole new meaning. Even if the kids were not looking at him with disgust or some other harmful emotion, his anxiety about being different, not to mention his anxiety of Johnathan being seen as different by a misunderstanding, causes him to see the kids with these emotions. This, once again, is only possible due to the inclusion of the short film being a gay love story.

When observing the expressions of the characters, Sherwin and his heart both show drastically different expressions, symbolizing the extreme difference between his feelings in his heart and the anxiety in his body. During the entire film, Sherwin’s actions are very sporadic, swiftly swinging his arms around and tripping over himself, while his heart moves in almost a direct line towards Johnathan every time. The jagged movements of Sherwin show the hesitation in his body for pursuing what he’s feeling, while the direct movements of his heart tell us how definitive his feelings are. This stark contrast adds extra depth to the actions of Sherwin and his heart, and Johnathan’s calm and collected actions at the end of the short film stand as the thread that holds Sherwin together with his heart. The colors also tell a lot about how Sherwin is feeling in certain situations, or rather, how his heart is feeling. The heart is a vibrant color throughout the film, as well as the environment around it, but when it is torn apart, both the heart and the world turn foggy and grey. The light addition of grey on top of the colors adds a solemn feel to the scene, and the fogginess that clouds the school can represent the fog over Sherwin’s heart, not letting the world see how broken it is. However, when his heart is put together again, all the color returns to his surroundings and his heart is vibrant once again.

“In A Heartbeat” started a revolution with its contents, inspiring short filmmakers to include many more minorities in their films, and show the struggles they face to teach children the importance of acceptance. If you haven’t watched “In A Heartbeat”, it is a must to witness this extraordinary piece of film, no matter who you are. 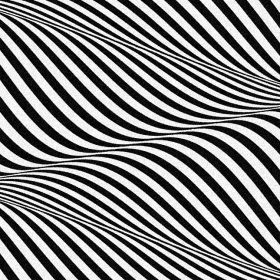 Top 7 Gif Animations of the Week 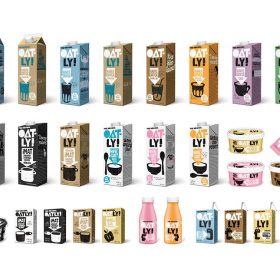 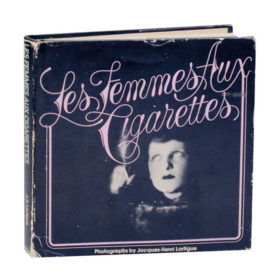