We are living in a football era where everything is changing fast. Whether it’s technology, sporting wear, stadiums to even football crest. There’s a rule in football that many fans abide by and it is to never touch the football crest. Ironalcily that is the biggest trend in football now …

We are living in a football era where everything is changing fast. Whether it’s technology, sporting wear, stadiums to even football crest. There’s a rule in football that many fans abide by and it is to never touch the football crest. Ironalcily that is the biggest trend in football now in the day. Every team whether it is a club to a national team, they are redesigning their crest; some for the best and many for the worst. Recently Norwich City Football Club changed its crest and somehow gave us a little lesson on how to modernize a crest without modifying its historical elements.

Norwich City Football Club, also known as The Canaries, was founded in 1902 and is based in the English county of Norfolk, Norwich. Winners of the League One twice and current Premier League club Norwich City have recently released their new football crest.  This is the first time since 1971 that the Canary club sees a major change in its emblem. Until this recent change, the club had the oldest exciting logo in the premier league.

The Redesign was carried out by the design agency Someone. The most important aspect of this design process was not really the design itself but rather the Consultation process. This process should be a key fundamental to every sports club looking to redesign their clubs. We have seen repeatedly club after club failing to make a successful rebrand because they miss this step. The design agency Someone along with the Norwich club read a consultation process that involved not only fans but also internal important and historical figures of the club

The new crest kept all the elements from the thee previous one which is the lion, castle, and the canary bird stint got top of the football. All these elements were simplified and the notable change come sent the Lion. The previous lion design was difficult to depict and was recreated in a simplified way and easy to grasp. The football where the candy is sitting on top of was also centered with the badge. The new logo also got rid of the black outline which used to cause technical difficulties when embroiled on kits.

Aoverall I think this is a successful rebranding. When redesigning sports clubs, the design should look at it as an evolution and not an actual new design. This type of branding is like a puzzle where we have all the pieces, we just have to know how to put it together. What do you think of this new Norwich logo? 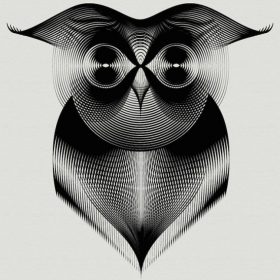 The Animals in Moiré by Andrea Minini 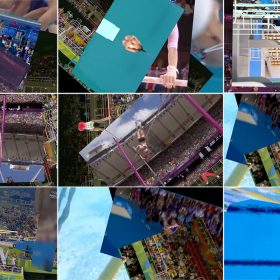 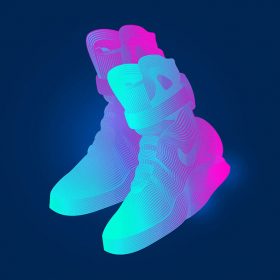