Although better that the dreaded 2020, the year of 2021 was still a difficult year. Two of the main events that made it better include, people emerging from isolation and connect with each other again and the United States elected a decent man as president of the country. Alfalfa Studio, …

Although better that the dreaded 2020, the year of 2021 was still a difficult year. Two of the main events that made it better include, people emerging from isolation and connect with each other again and the United States elected a decent man as president of the country. Alfalfa Studio, like many small businesses, had to adapt to face the challenges of the pandemic and the economic recession. Our main tool was downsizing. We moved our studio to a smaller yet more efficient space and had to reduce our staff. We are very grateful that our existing clients continue their support and that we were able to win new accounts.

Throughout all of that, we continued our commitment to writing our blog — which is now in its 13th year. Our effort has paid off as our readership increased. Many thanks to all the amazing individuals who support our effort with their blog posts: Jose Fresan, Jesus Ortega, Sirui Liao, Anabelle Acetta-Beman, Celeste Hylton-James, and Jack Gordon.

We are also thankful to all of you who visited our site, left comments, and share our stories. We wouldn’t be doing it without the support of our audience and followers.

Being a fan of statistics, I’m happy to report that 2021 has been our most popular year to date. See how our little blog did,

Without further ado, here is the list of the most popular blog posts of 2021:

On January 7, 2020, 18-year-old animator SAD-ist dropped “Dawn of 16th | Dream SMP Animation” and in a matter of only a few hours the video had over 1 million views. As writing this the video has almost 22 million views!

3. Mafumafu’s Cover of “Hated by Life Itself” and the Power of Words

This post demonstrates the power of simplicity. The visual of this hypnotic music video is composed of black text on an off-white background. Once you start watching it, it’s impossible not to watch it to the very end. By the way, the lyrics of “Hated by Life Itself” are match the poetry of the video.

Published on June 2nd, this post analyzes the brand evolution of the UEFA Champions League during the last 30 years as they introduced a new updated visual brand. The veredict? Read the post to find out.

The popular animator and artist YuukiZa posted a video that combines still imagery with fully animated segments. Alfalfa’s own Annabelle Accetta-Beman wrote a thorough review. “This video is dramatic and dynamic and knows exactly what it’s doing,” she concludes.

Last year, F. Scott Fitzgerald’s masterpiece “The Great Gatsby” celebrated its 95-year anniversary and entered into the public domain. To mark this milestone, we wrote about its iconic cover design. Did you know that the cover is a famous artwork created by Spanish artist Francis Cugat and it is named Celestial Eyes?

This post describes in depth why Sean Lew and Kaycee Rice are some of the most exciting dancers on the planet. Even though they are still in their teens, their work is more than dance, it’s an experience. Together, they create stories, paint pictures, and show us the immortal power of dance.

To round up the list to top 10, here are the honorable mentions: 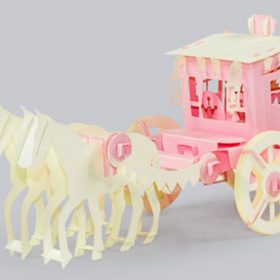 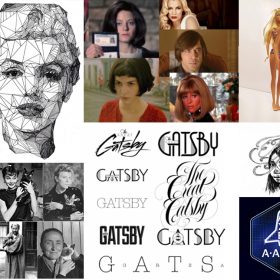 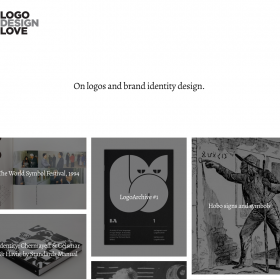