Skip to content
BACK TO BLOG
Category: All, Civic & Nonprofit Expertise: All, Campaign Development

Human and inclusive, the Join Us Campaign helped the AIGA launch its most successful membership campaign in recent years

AIGA the professional association for design

The AIGA needed a fresh membership campaign to recruit new members, retain current members, and invite former members to return to the organization. The target audience was a trifold, students, young designers, and other creative types from allied disciplines such as web design.

To promote membership in AIGA, Alfalfa Studio envisioned a campaign that would abandon a sterile corporate façade. In its place, he would build a vision of AIGA from the inside: organic, connected, pulsing communities of designers at local and national levels. The living tissue of community is the central idea: an organism, rather than an organization.

Alfalfa Studio took stylistic inspiration from the works of outsider artists. The “obsessive” hand-drawn detail of his poster pays homage to individual personality and craftsmanship, and celebrates the connective power of imagination. Working by hand helps deliver the idea of each AIGA member as an individual talent contributing to the vitality of the whole.

The formal content in the poster (the central piece of the campaign) is the full information about AIGA: its mission, programs, events, resources, chapters, and medalists from 1920 through 2006. But there is a second, informal layer of content as well. Regional colloquialisms submitted by over 100 national and international members of AIGA give this designing organism its voice. Also, each chapter is paired with a song lyric celebrating its city or region, by musicians ranging from Johnny Cash to KISS to The Carpenters.

All these details are pulled together through their contrast with the 3-D red metallic ribbon at the center of the poster. With its generous curves, it hangs like a doorknocker extending its welcome: Join Us.

This highly successful campaign helped the AIGA to increase its membership –in only one year– from 15,000 to 22,500 members.

“Bravo! What a great campaign and I hear about it wherever I go. Alfalfa Studio is the champion of the new AIGA.” —Ric Grefé, former AIGA Executive Director 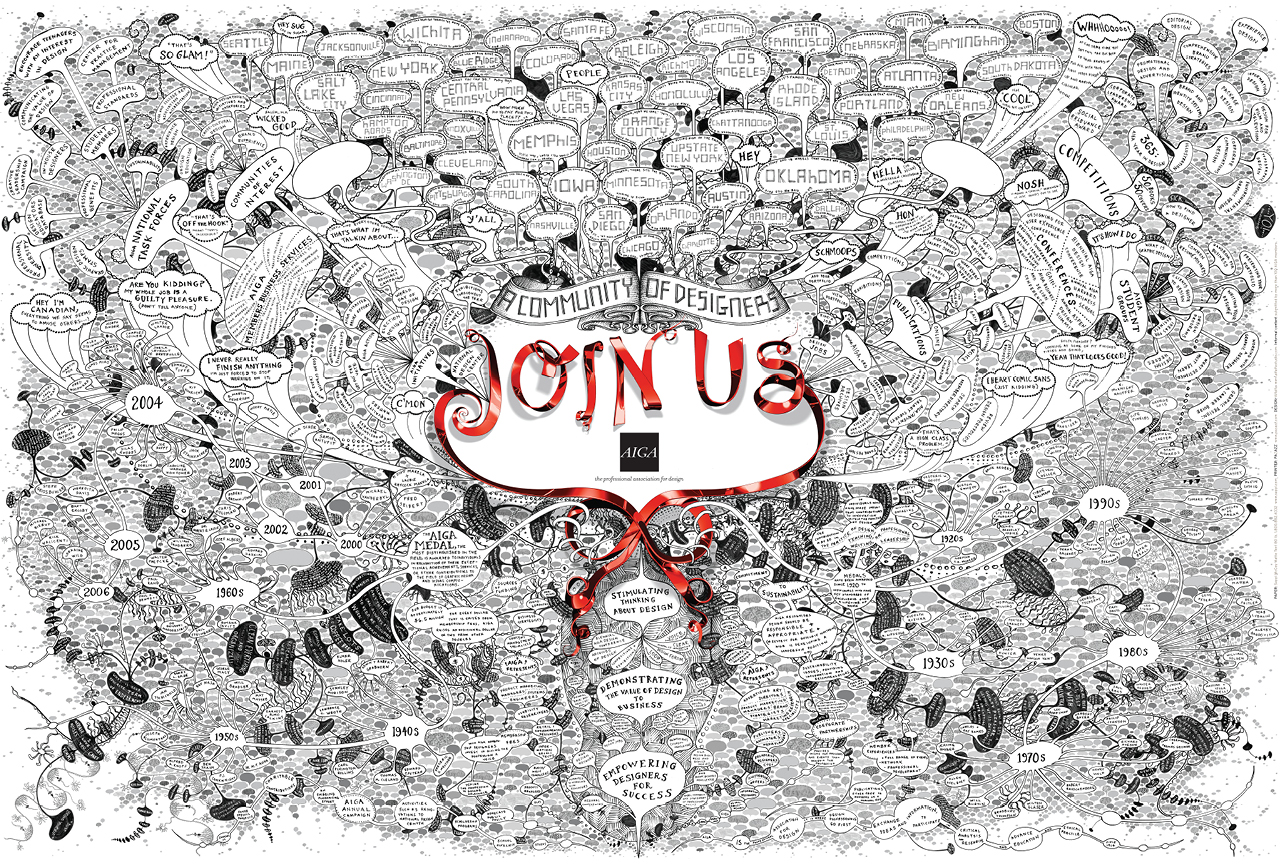 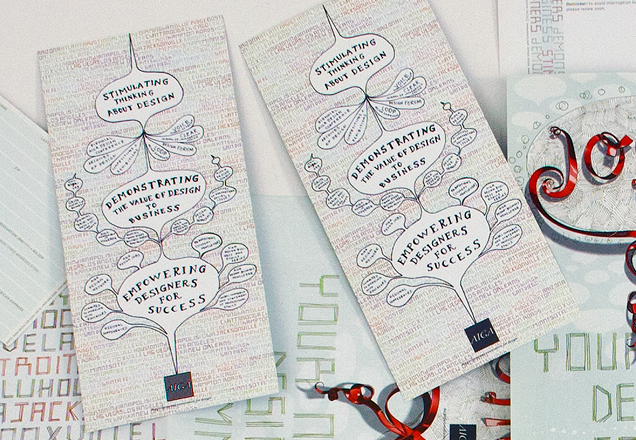 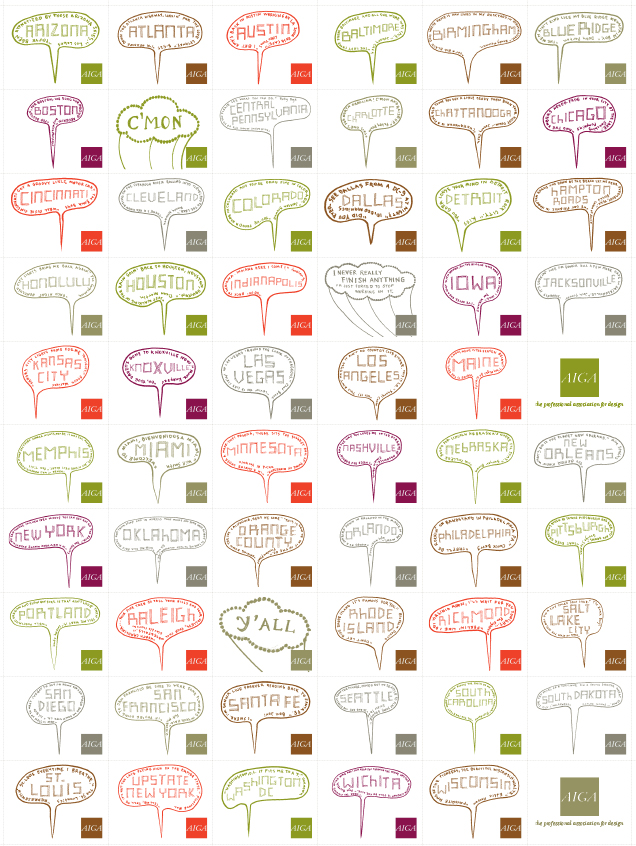 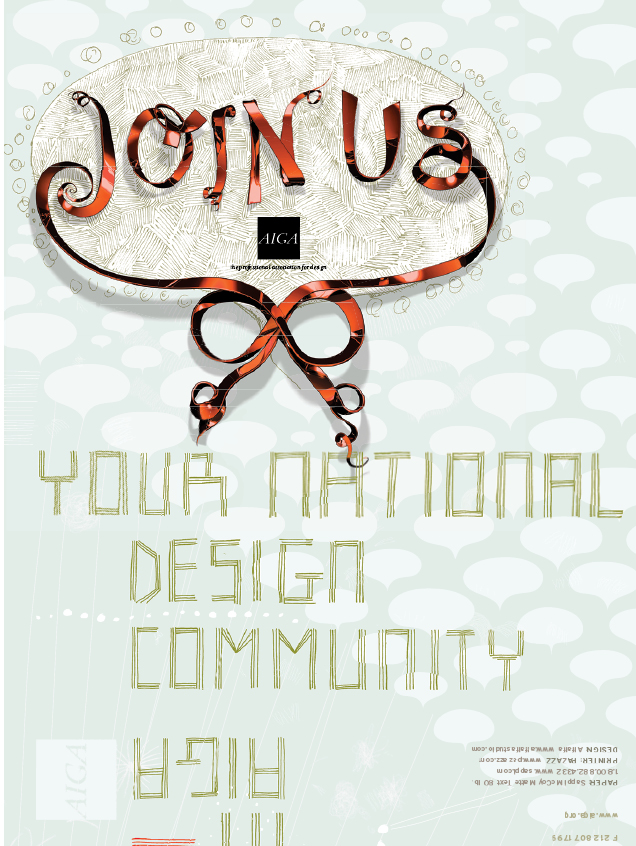 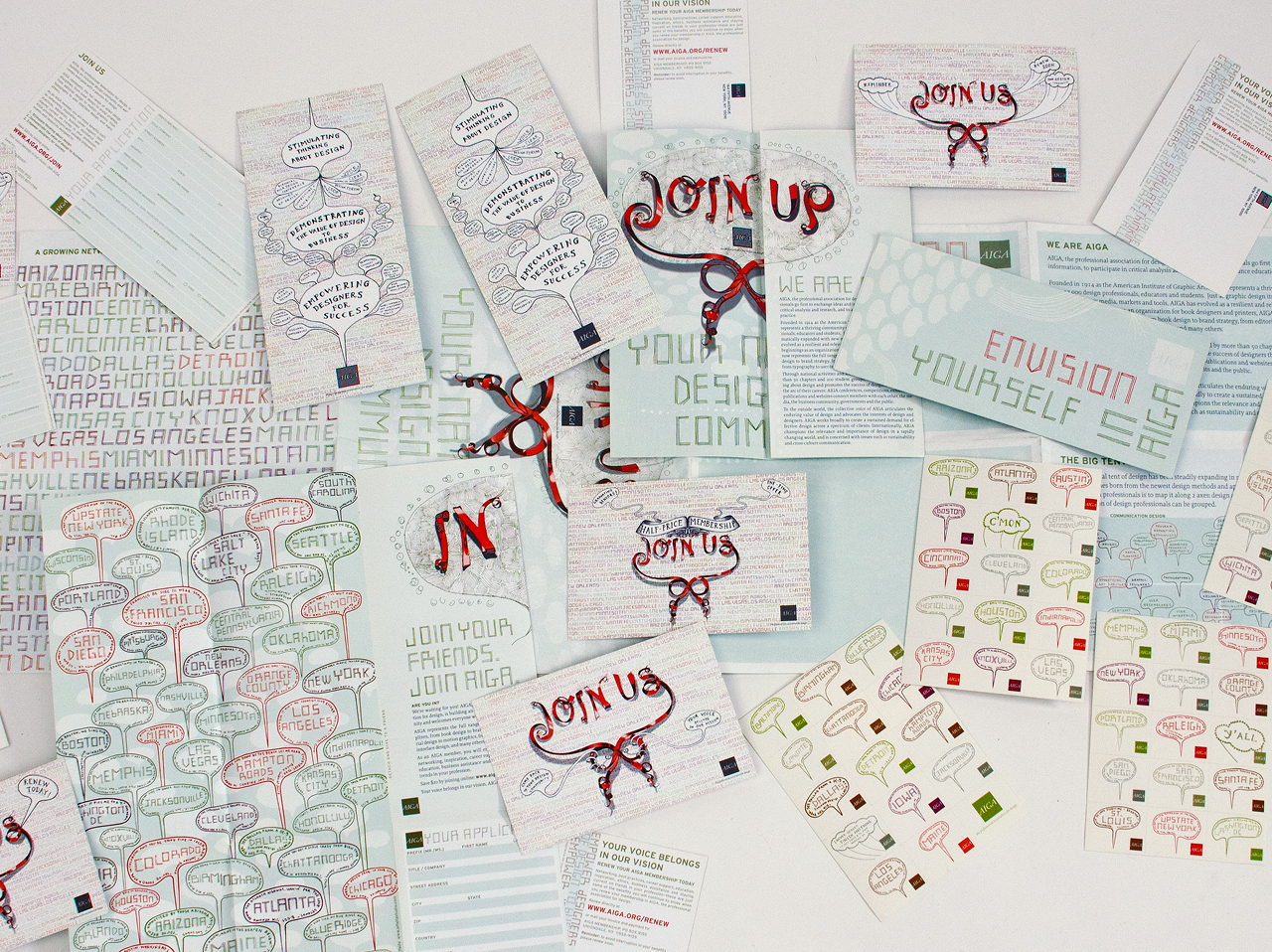 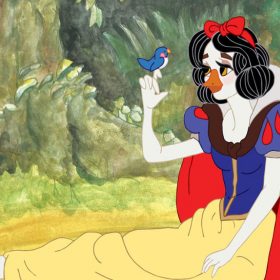 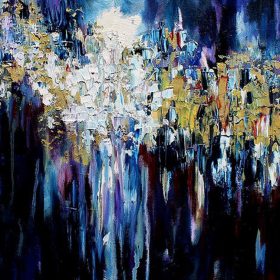 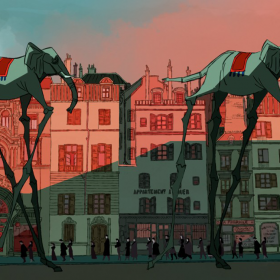 Enter Buñuel in the Labyrinth of the Turtles