A flexible brand designed to be able to grow, adapt, and remain fresh along with the company itself.

Amphibian Stage Productions (ASP) is a nonprofit theatre company founded in 2000 by three alumni of TCU’s Department of Theatre. It strives to produce innovative and engaging works of theatre that challenge the way we see the world around us. Amphibian has produced numerous groundbreaking and challenging plays (some regional premieres, others US or world premieres) that foster a deeper understanding of ourselves as members of the global community. The company is widely recognized for its stylistically– and thematically-varied scripts.

Committed to nurturing young and diverse audiences, Amphibian has developed a strong internship program, a summer acting workshop for teens, and a dynamic outreach project, Tad-Poles, that is steadily increasing the company’s visibility and following. The group travels to schools and community centers, performing and spreading a message of multicultural collaboration and tolerance.

The main objectives of the Amphibian branding program were:
• Brand Amphibian Stage Productions as a thought-provoking, risk-taking, high-quality independent theatre company
• Attract diverse audiences, from children to senior theatre-goers
• Establish an innovative and engaging visual language that would become synonymous with the theatre company

In developing the identity for Amphibian Stage, Alfalfa Studio drew both conceptual and aesthetic inspiration from the rich, unique world of the amphibian family. Qualities of amphibians, such as versatility, adaptability, and shape-shifting growth stages, were embraced as qualities that apply equally well to good actors. The brand, too, was designed to be able to change, grow, and adapt along with the company itself.

Amphibian was in its early stages when we designed the brand and, as such, it had big dreams, goals and aspirations. Its branding system, hence, had to be flexible enough to accommodate unforeseen applications while representing the organization as a tight enterprise determined to fulfill its mission.

In addition, the collateral of each season needs to have a distinctive look and fresh feel, at the same time being immediately recognizable as Amphibian. We are now on the 13th year of our collaboration and, while coming up with different solutions for similar problems is not that easy, having a well-thought out, flexible branding system in place as well as a smart and open partner like Amphibian Stage Productions makes it all possible.

The visual vocabulary of Amphibian Stage Productions is now woven into the fabric of its community. From local museums to national theatre companies, local culture hounds to occasional theatre-goers, those in the Fort Worth area eagerly await the appearance of the new season images peppering their public spaces. Some of the posters have even become collectibles due to the power of the image, independently from its value as a memento.

“Other groups have not only looked to us as leaders in theatrical trends, but have also watched our design aesthetic closely. We find that even many who have never attended our productions notice and remember our posters and ads, which leave quite an impression on them.”
—Kathleen Culebro, Artistic Director, Amphibian Stage Productions

In more than ten years of working with Alfalfa Studio, Amphibian Stage has grown from a North Texas regional theatre to a nationally recognized, trend-setting company in the performing arts.

The Collage Work of Winston Smith 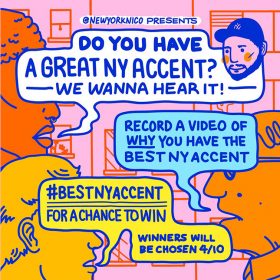 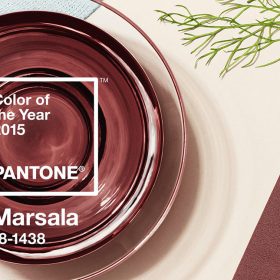 Newly Announced Color of the Year 2015