Skip to content
BACK TO BLOG
Category: All, Education Expertise: All, Dimensional Design

The mission of the Library Initiative is to enlist the talent of leading designers, architects, illustrators, and photographers in transforming every school library within New York City’s vast public school system into inspiring places for learning.

Project brief
The mission of the L!brary Initiative is to enlist the talent of leading designers, architects, illustrators, and photographers in transforming every school library within New York City’s vast public school system into inspiring places for learning. It is part of a larger effort to improve student literacy rates, especially in some of the poorest neighborhoods.

Alfalfa Studio was invited by Pentagram Design to participate in the L!brary Initiative by designing a 7-foot-high, multi-panel mural running along 3 quarters of the library interior at Public School 195–197 in the Bronx.

Alfalfa Studio’s goal with this mural was twofold: to represent the library as a sanctuary for language and the entire world of ideas; and to give the students a sense of ownership in their library.

To meet both goals, Alfalfa Studio began by gathering 30 students from grades 1 through 6 for a morning workshop designed to generate content for the mural. Armed with reams of paper, poster paint, and artist’s brushes, Alfalfa Studio asked the students to have fun painting their answers to dozens of questions about words. For example, the questionnaire asked, “Imagine that you could eat words. Which one do you think would taste really good?” At the end of the workshop, Alfalfa Studio had collected nearly 1,000 painted words.

Alfalfa Studio incorporated the students’ words prominently into the mural of a child’s universe. Superimposed on silhouettes and arranged in thematic groups, the children’s words give voice and attitude to this visual universe, bouncing playfully from home-life to nature, from foods to media and books, and from animals to people and professions. 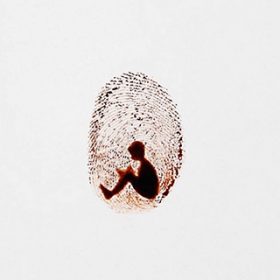 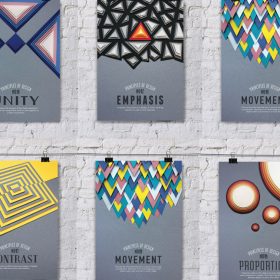 Posters that Illustrate the Principles of Design 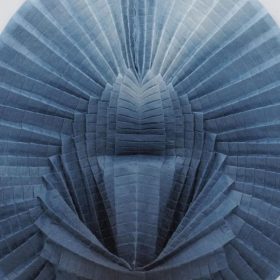